Is Tom Brady the greatest athlete there ever was? After winning his seventh Super Bowl on Sunday you could certainly make such an argument but he isn’t alone in that accomplishment.

Former NBA forward Robert Horry took to Twitter on Monday to “welcome” Tom Brady to the “7 chip club” after the Tampa Bay Buccaneers defeated the Kansas City Chiefs in Super Bowl LV. But the tweet opened the door for heavy criticism and Horry says he’s tired of it.

BUCS’ BRUCE ARIANS WAS ASKED TO CONSIDER OPTING OUT OF SEASON BY WIFE, FAMILY: REPORT 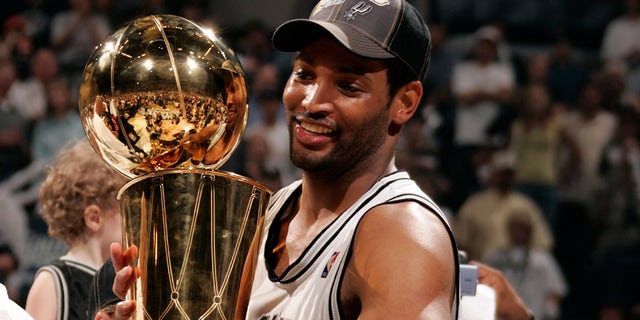 Robert Horry #5 of the San Antonio Spurs holds the Larry O’Brien Championship trophy following the Spurs 81-74 win against the Detroit Pistons in Game Seven of the 2005 NBA Finals to win the Championship on June 23, 2005 at SBC Center in San Antonio. (Photo by Nathaniel S. Butler/NBAE via Getty Images)

“You can’t have Kool-Aid without sugar, and I was the sugar to most of that stuff.”

Horry was no doubt a clutch player and performed his best during the playoffs but having played alongside some of the NBA’s biggest names, including Kobe Bryant, Shaquille O’Neal, Hakeem Olajuwon and Clyde Drexler, his name is often forgotten.

“More than half the time, I feel slighted because I don’t think people really appreciate what I did,” Horry continued. “Even [Monday], with me tweeting [about Brady], there’s always people going, ‘Oh, this, this and this.’ I don’t pay any attention because if it was one of my teammates that would’ve said it, then it would’ve had some meaning.” 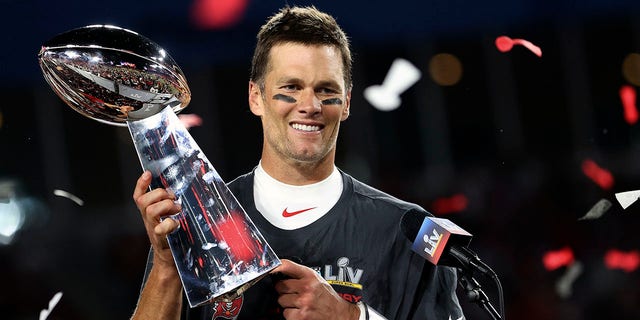 While Horry ranks among the most-winningest NBA players, it seems hard to compare his career to that of Brady’s. Horry is not a Hall of Famer, was never an NBA All-Star and has a career average of .0 points, 4.8 rebounds and 2.1 assists.

The sports are different but the accolades don’t come close.