Roger Federer chucked away the Wimbledon title as he had championship points in a gripping fifth set but was ultimately outlasted by a non-stop Novak Djokovic, who won his fifth trophy.

The match had it all — drama, back-and-forth tennis, and many, nerve-filled errors. Federer even had an opportunity to take the trophy himself, but failed to convert a winning point when he needed it most, instead surrendering the moment to Djokovic, who won 7-6, 1-6, 7-6, 4-6, 13-12 after five gruelling hours.

On Centre Court on Sunday, another memorable installment in one of the greatest rivalries in tennis was completed by two heavyweights of the sport in Wimbledon favorite Federer and the 15-time Grand Slam champion Djokovic.

On the BBC’s broadcast of the event, there were many comparisons to boxing. Two tennis players can slug it out with powerful shots, they can counter punch by retrieving and returning every ball, and to excel at the highest level they need mental toughness, technical ability, and endurance.

Yes, it is easy to look at pugilism as a way to define tennis. But to liken this year’s Wimbledon finalists to fighters actually does a disservice to the traits that sets them apart from their peers, and even from knockout boxers like WBC heavyweight ruler Deontay Wilder.

You see, Federer and Djokovic, for much of the competition, played with grace, finesse, and showed an athletic artistry more akin to ballet and floor gymnastics than merciless finishers in boxing.

Yet when it got to the final, neither produced a perfect performance regardless of the metaphors chosen. Because despite their majesty in this game, having ruled various tournaments for years and years, Federer and Djokovic looked human on Sunday.

For all of their ability to glide across court, they still made errors and played with nerves. All this showed was that there was something great at stake. For Federer, a ninth Wimbledon championships. For Djokovic, a 16th Slam and to be just four shy of equalling the Swiss veteran’s extraordinary haul of 20.

It all made for one incredible spectacle that only added to their legacy-defining rivalry, and it was prevalent through many parts of a five hour epic at the All England Club, London. 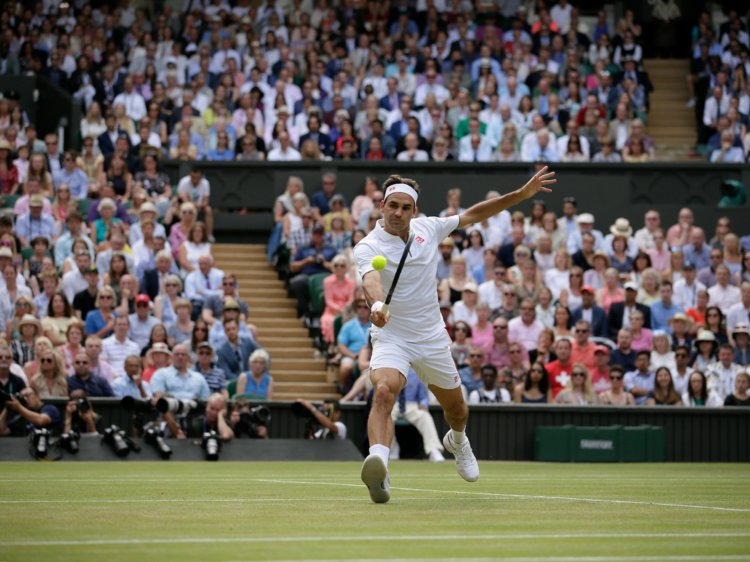 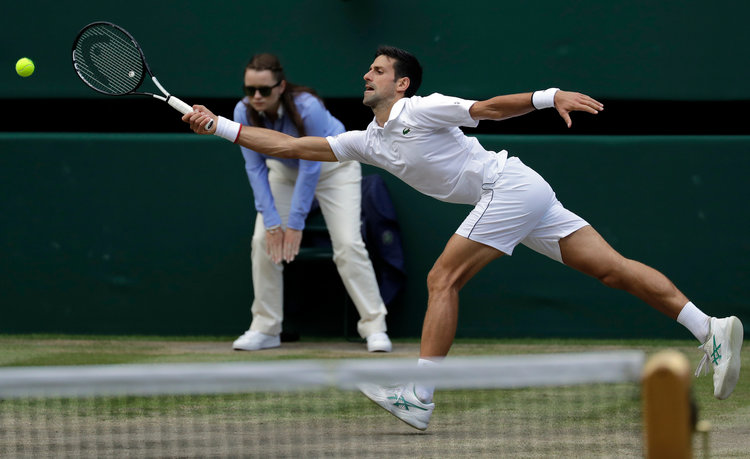 Federer’s first serve shortly after 2 p.m. (local time) gave the crowd a glimpse of what was in store, a potential classic, as he whipped an ace past Djokovic. Moments later, he aced Djokovic again, before wrapping up a quick game with a thumping forehand.

Though Federer had the vast majority of the crowd on his side, he still could not give them everything they asked for, sending numerous shots wide of the line and gifting Djokovic needless points.

At 5-5, Federer was two points from taking the opening set, but Djokovic’s precision on serve got him back into the game when it mattered most, holding his serve, before taking the tie break two games later by winning four points in a row. Djokovic won 7-6 (7-5).

Though he won the first set, Djokovic failed to take momentum into the second as Federer won four games in a row before Djokovic was able to get a game on the board.

In the previous set’s tie break, Federer sent a forehand and a backhand long. But in the second set, it was Djokovic’s turn to choke, going long with a forehand before double-faulting. Federer won 6-1. 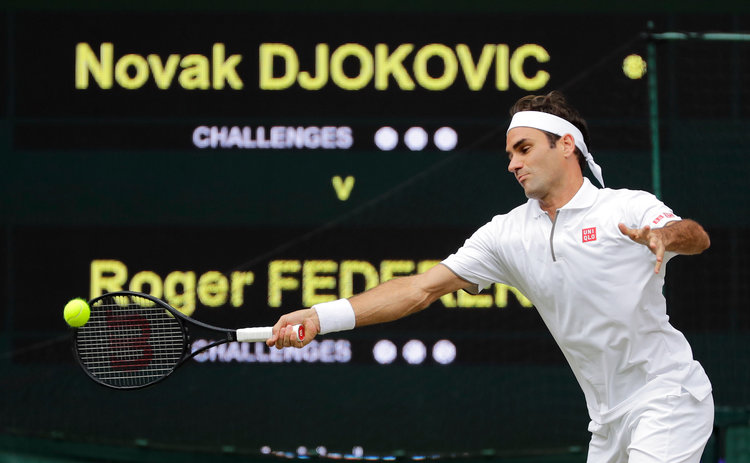 Despite service game woes in the first half of the third set, Djokovic composed himself and found a way to befuddle Federer off his serve. At 5-5 and with the crowd against him, Djokovic did enough to hold, before Federer did the same, forcing another tie break, where he let Federer beat himself with numerous errors. Djokovic won 7-6 (6-4).

The fourth was just as unpredictable, with a break point elusive to Djokovic, and Federer finding a way to get ahead at 3-2 after getting a challenge right and breaking the Serb. Federer had the set almost wrapped up but decided to gift Djokovic a break when he hit another error, a backhand slice right into the net. Ultimately, it mattered little as he was able to hold his serve at the next opportunity, winning the fourth 6-4.

So there it was. A fifth set. A decider.

Perhaps it was inevitable that it would come down to the fifth, moreso that it would not be done in normal play, requiring additional games to separate two of Wimbledon’s finest ever competitors. Federer even had two championship points to win the fifth set 9-7, and the trophy that would go with it, but he capitulated, chucking away the points and letting Djokovic get another sniff at the title.

After drama that had the Centre Court spectators on the edge of their seats, those championship points at 9-7 turned out to be critical, as Djokovic had multiple championship points of his own when the set was tied at 12-12, in a 6-3 tie break, in what had become the longest men’s singles final in history.

Then the final point came and it was completely fitting that it wasn’t a Djokovic winner, but a Federer mishit. Somehow fitting. After all the back-and-forth, after the five-hour epic, it was a feral return that took Federer out of the game, as Djokovic won the match, keeping his hands on the Wimbledon Championships for a second year in a row.

“It was a great match,” Federer said after the loss. “It was long, it had everything. I had chances, so did he. Novak … great, congratulations, man, that was crazy.”

Djokovic said it was one of the top two or three wins, if not the greatest win of his career. “Unfortunately, in this kind of matches, one player has to lose. It’s quite unreal to be two match points down, to come back, [and] play a tie break at 12-12. Roger said he hopes he gives some other people a chance to believe they can do it at 37, I’m one of them. He inspires me for sure.”