‘What did I just WATCH?!’ Cristiano Ronaldo leaves fans baffled as he puts his hand down his shorts for five seconds then pulls something out and CHEWS IT in Portugal’s win over Ghana

Cristiano Ronaldo was caught pulling an unknown snack from his shorts and eating it during Portugal’s win over Ghana on Thursday.

Ronaldo was on target during the 3-2 win over the Black Stars to open his account in what could be his final World Cup.

His 65th-minute penalty ensured he became the only person to score in five different World Cup’s. 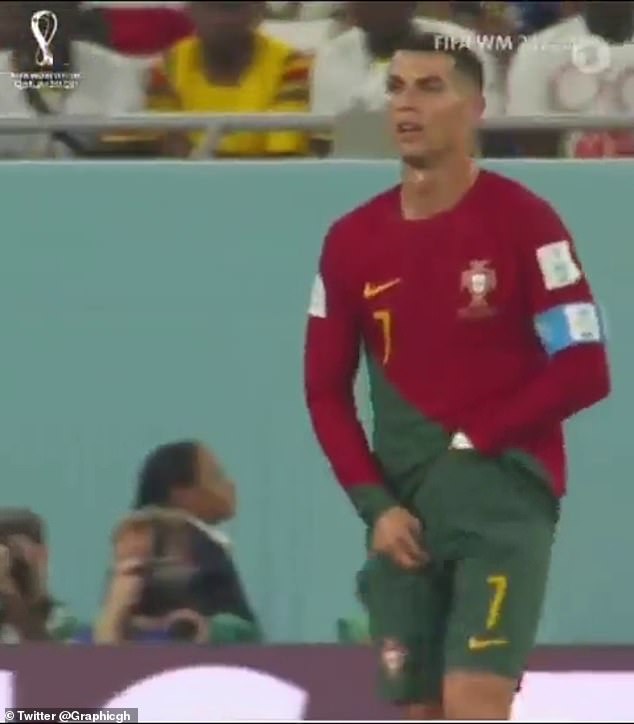 Despite the 37-year-old adding another record to his ever-growing list, Ronaldo was caught tucking into a mid-game snack taken from inside his shorts.

Ronaldo subtly popped his hands into his shorts and placed the sweaty bite into his mouth before consuming it. 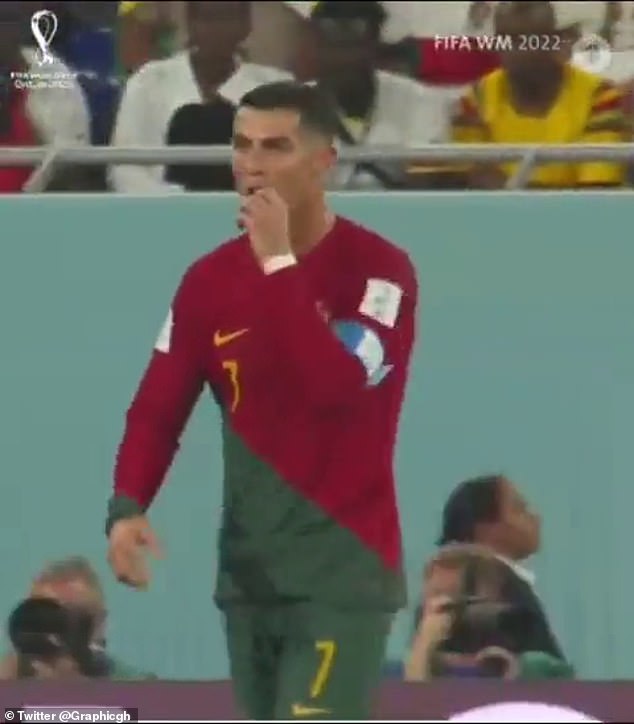 After footage emerged of Ronaldo’s hungry exploits, unimpressed fans took to social media to give their thoughts.

@Bobsunz added: ‘What did I just watch??’

@Ccoogz6 wrote: ‘Unemployment life is hitting him hard I see’

@LearKid_  tweeted: ‘This is crazy’

Ronaldo is without a club after a mutually agreeing to leave Manchester United on Tuesday.

For now there is no indication on where the star forward will end up next but no decision is expected on his future until after the World Cup.