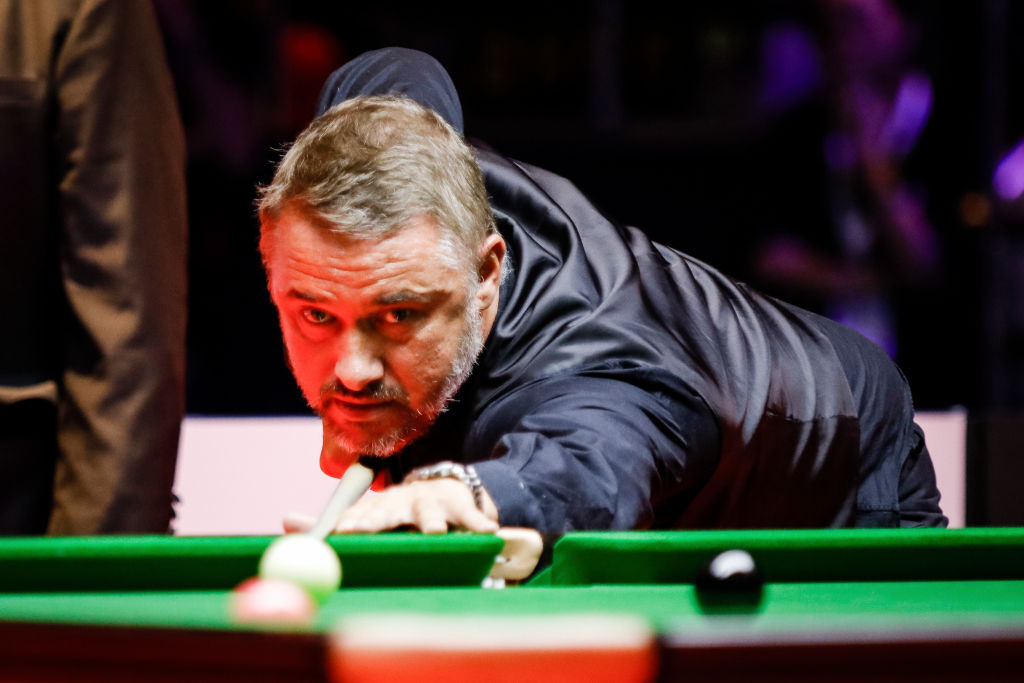 Ronnie O’Sullivan told Stephen Hendry not to worry about results for the first year of his snooker comeback, believing it will take that long before he can find his feet on the main tour again.

The seven-time world champion continues his comeback on the baize on Tuesday night as he takes on Chris Wakelin in the second round of the English Open in Milton Keynes.

Wakelin is one of just three players the Scot has beaten since picking up his cue again, defeating Jimmy White in World Championship qualifiers, while also beating Michael White in round one of the English Open and Wakelin at the British Open.

The Rocket is pleased to have his old rival back on the circuit but expects his wins to remain few and far between until he has been back for a year and then he might have a chance.

The King of the Crucible only played his first match since initially retiring in 2012 at the Gibraltar Open in March and O’Sullivan thinks he has got some progression to make yet.

‘Yeah it is exciting, it’s great to have him back playing,’ O’Sullivan told Eurosport.

‘He’s had a few in and out results. When you’ve had 10 years out of the game, something like that, you’re never going to come straight in flying, you’ve got to find your feet.

‘It’ll probably take a year of playing, practicing, losing a lot of matches and maybe winning the odd few, but I think by the end of the year his game will be in better shape to progress next year.

‘You have to write off the first year because it’s just finding your feet.

‘I said to Stephen, don’t expect nothing from the first year. When you take time out now you get so left behind sharpness-wise, it takes me four or five tournaments to get back up to speed sometimes.

‘I think you have to accept that and take it for what it is.’

Hendry is actually already in the second year of his comeback, accepting a two-year tour card at the start of the 2020-21 season, so unless his results pick up he will be back off tour at the end of this campaign.

However, Hendry is expecting to be offered another invitational card, much like Jimmy White has continued to accept in recent years.

‘If my game keeps improving there’s no need to suddenly stop playing again. I’ve not said I’m going to come back, start winning tournaments and be a top player again, I just want to get back to enjoy playing snooker, playing well and see what happens,’ Hendry told Metro.co.uk at the British Open in August.

‘Barry [Hearn, former WST chairman] did say to me that as long as I play then I’ll get one, the only reason he’d take it off me is if I didn’t play at all. I’m playing so I’d like to think I’d get one.’

Hendry takes on Wakelin on the evening of Tuesday 2 November at the English Open, live on Eurosport.