ROY KEANE has described Patrick Vieira as a 'typical Arsenal bully' while reminiscing over their Premier League title battles.

One incident saw the pair clash before a 2005 meeting between Arsenal and Manchester United at Highbury. 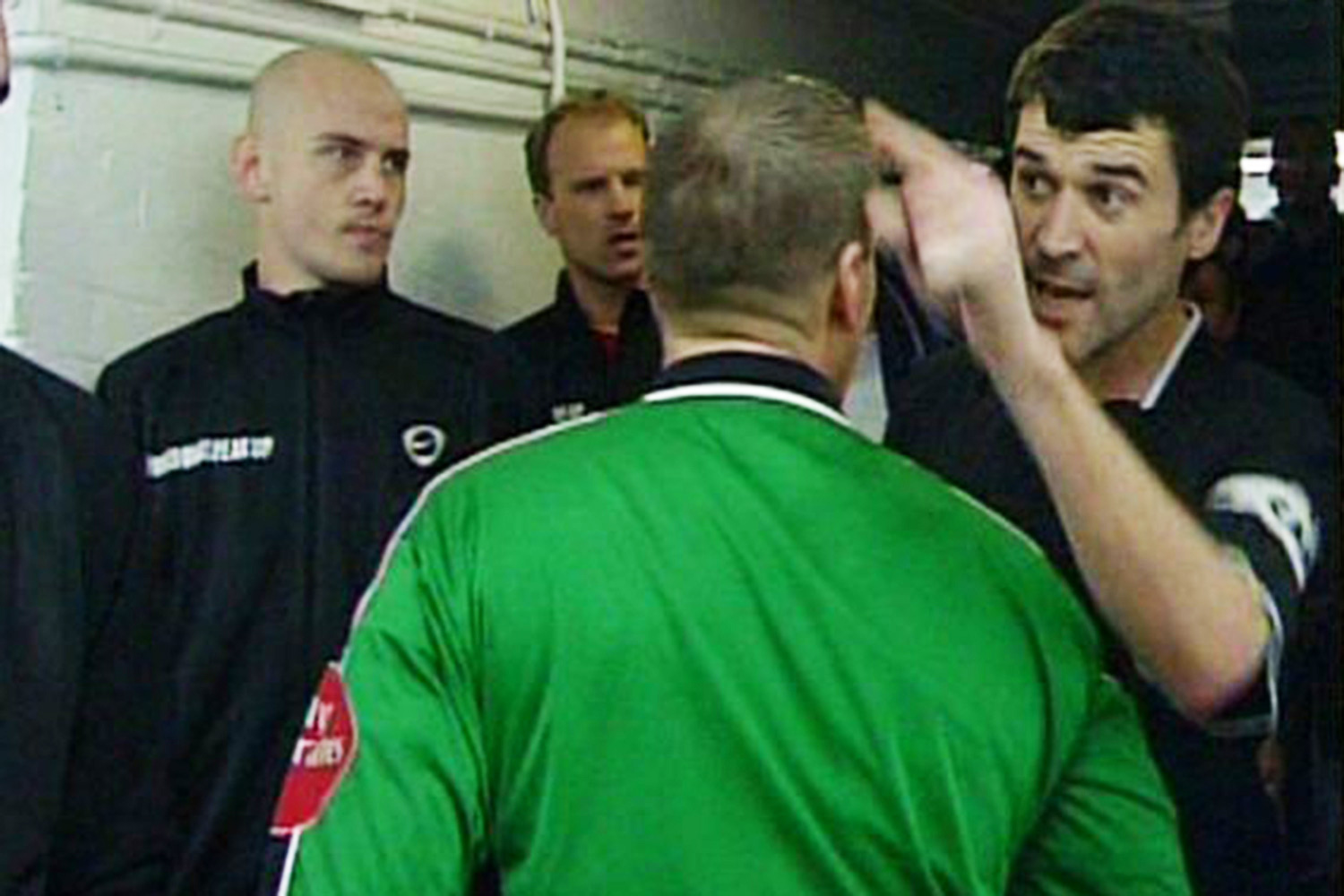 The Gunners' Invincibles side had lost their unbeaten record at Old Trafford earlier that campaign and Vieira was still unhappy with Gary Neville's antics.

Speaking on ITV's Euro 2020 coverage on Wednesday, the Frenchman recalled the saga alongside Neville and Keane.

He said: "It was the relativity of the two clubs, as an Arsenal player you always wanted to play against the best and United was the best team.

"It was challenging, it was tough, it was really difficult and obviously one of Gary's strengths was intimidating players.

"That time I was getting really frustrated with the number of challenges on our players.

"So as a captain and a leader I wanted to put him under pressure a little bit."

Vieira started in the tunnel before the game started and that's where I got a little bit irritated.

Even before kick-off, Vieira wanted to remind Neville of his feelings and the defender's complaints in the dressing room caught Keane's attention.

The former right-back recalled: "Before we got into the tunnel, coming in from the warm-up, [Vieira]'s chasing me up the tunnel screaming at me.

"I go into the changing room, sat down and said, 'Vieira's a bit annoyed!'.

"So Roy heard that."

For Keane, the situation was not of pressing importance until Vieira continued his tirade in the tunnel.

The Irishman said: "To be honest, I was trying to mind my own business. 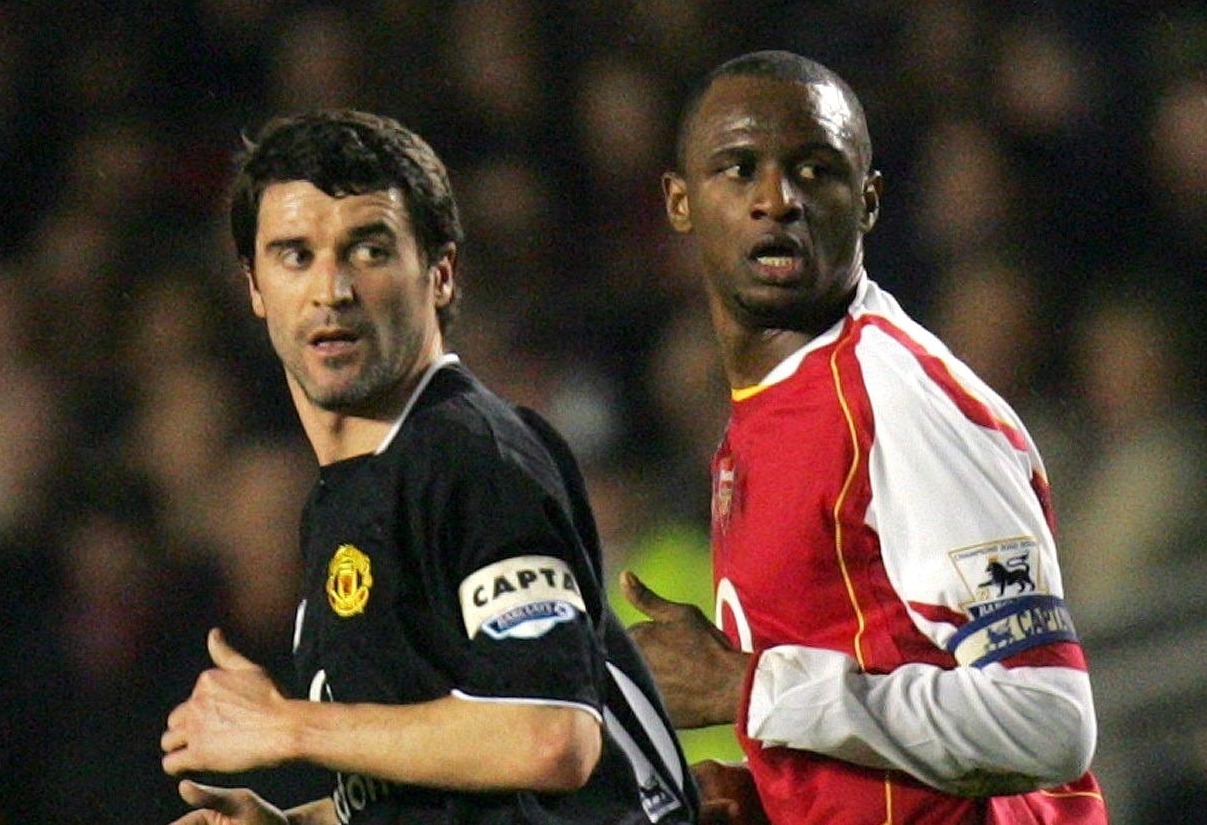 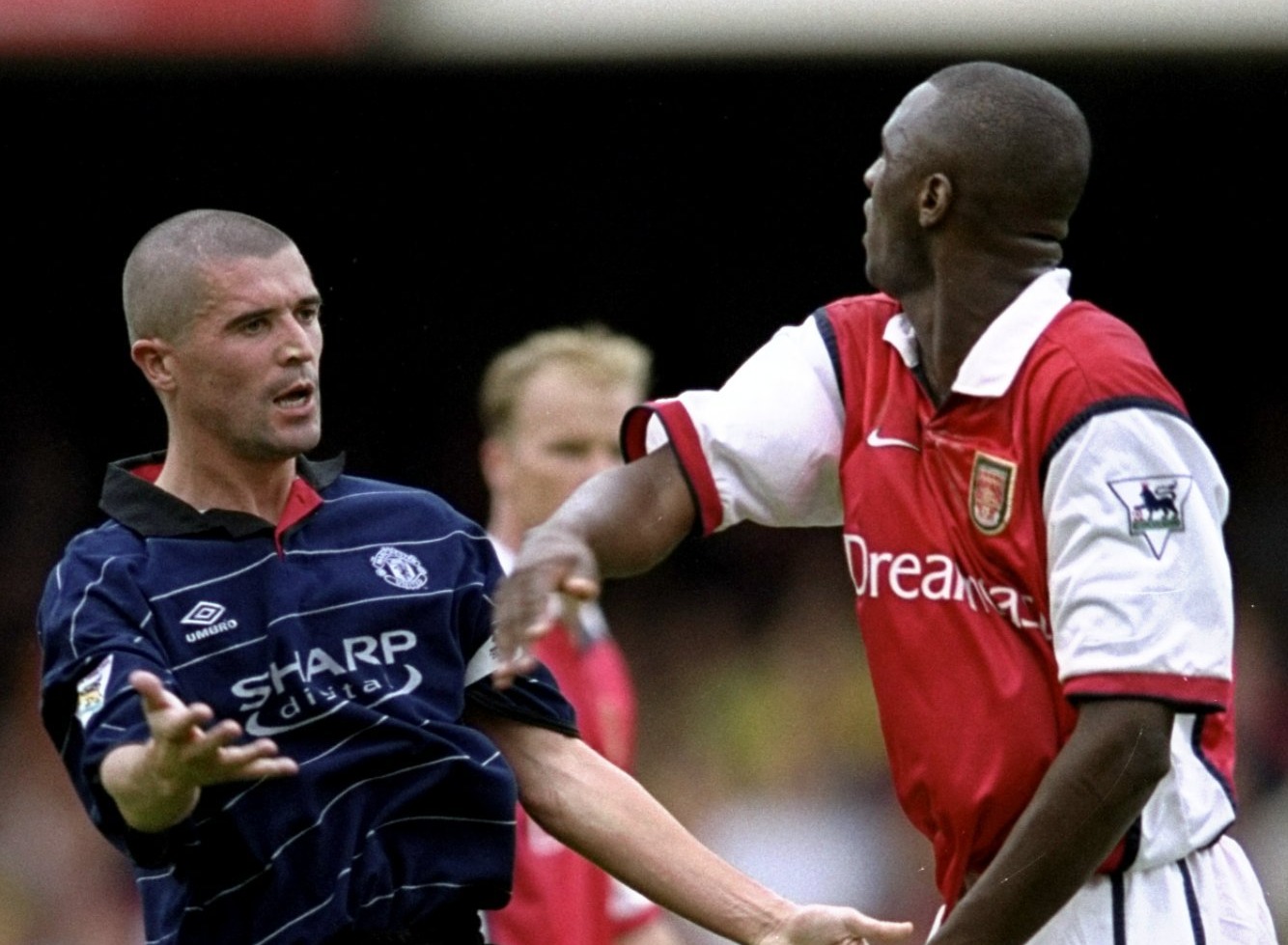 "I was focusing on the game and was quite calm, getting in the zone.

"Gary was a little bit upset and worried. I think I said to Gary, 'Just forget about it, we need to focus on the game'.

"And then of course Patrick wouldn't let it go – a typical Arsenal bully.

"Then he started in the tunnel before the game and that's where I got a little bit irritated."

Referee Graham Poll was forced to keep the pair apart after Keane began to make his frustration known.

But it was United who had the last laugh, winning 4-2 on the night thanks to goals from Ryan Giggs, Cristiano Ronaldo, and John O'Shea after an opener from Vieira.

Keane's appearances on ITV's Euros show have attracted a lot of attention during the group stage.

The 49-year-old was teased online after standing on his tip-toes for a photo alongside the towering Vieira.

And viewers were left stunned by his clean shaven look last night having laughed at Ian Wright's previous jibes over his sartorial elegance.