WWE legend Kane made his celebrated return to wrestling to take part in a record-setting 18th Royal Rumble.

The Demon's brief stint back inside the squared circle almost gave fans a perfect Team Hell No reunion with Daniel Bryan before his elimination. 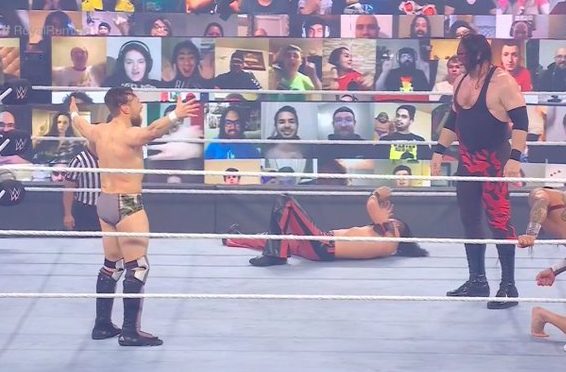 The Knox County mayor pulled the black and red tights and donned his iconic mask once again as he entered at No18.

Kane came across his former tag team partner Bryan inside the ring and the latter held out his arms for a hug.

Yet the Undertakers brother was in no mood to find an ally in the free-for-all contest as he chokeslammed the 39-year-old.

One fan tweeted: "I actually did not expect that lol."

Another joked: "I thought Kane was anti-mask these days?"

A third added: "I popped big for the Team Hell No reunion! I just love stuff like that."

Unfortunately, Kane's return to WWE lasted mere minutes as he was shockingly eliminated by Damien Priest.

Hall of Famer Edge ultimately won the men's Royal Rumble 11 years after he first claimed victory in the over-the-top-rope event.

Elsewhere on the PPV, Bianca Belair set her own Royal Rumble record as she earned her spot at WrestleMania.

Meanwhile, Drew McIntyre survived three spears from Goldberg to defend his WWE title from the clutches of the Hall of Fame icon.

And Roman Reigns retained his Universal title with a hard-fought win over Kevin Owens in their Last Man Standing match.