NATHAN REDMOND kept up his recent revival to tip this topsy-turvy thriller in Southampton’s favour.

Burnley had gone 2-0 up thanks to Chris Wood’s penalty and a Matej Vydra blast. 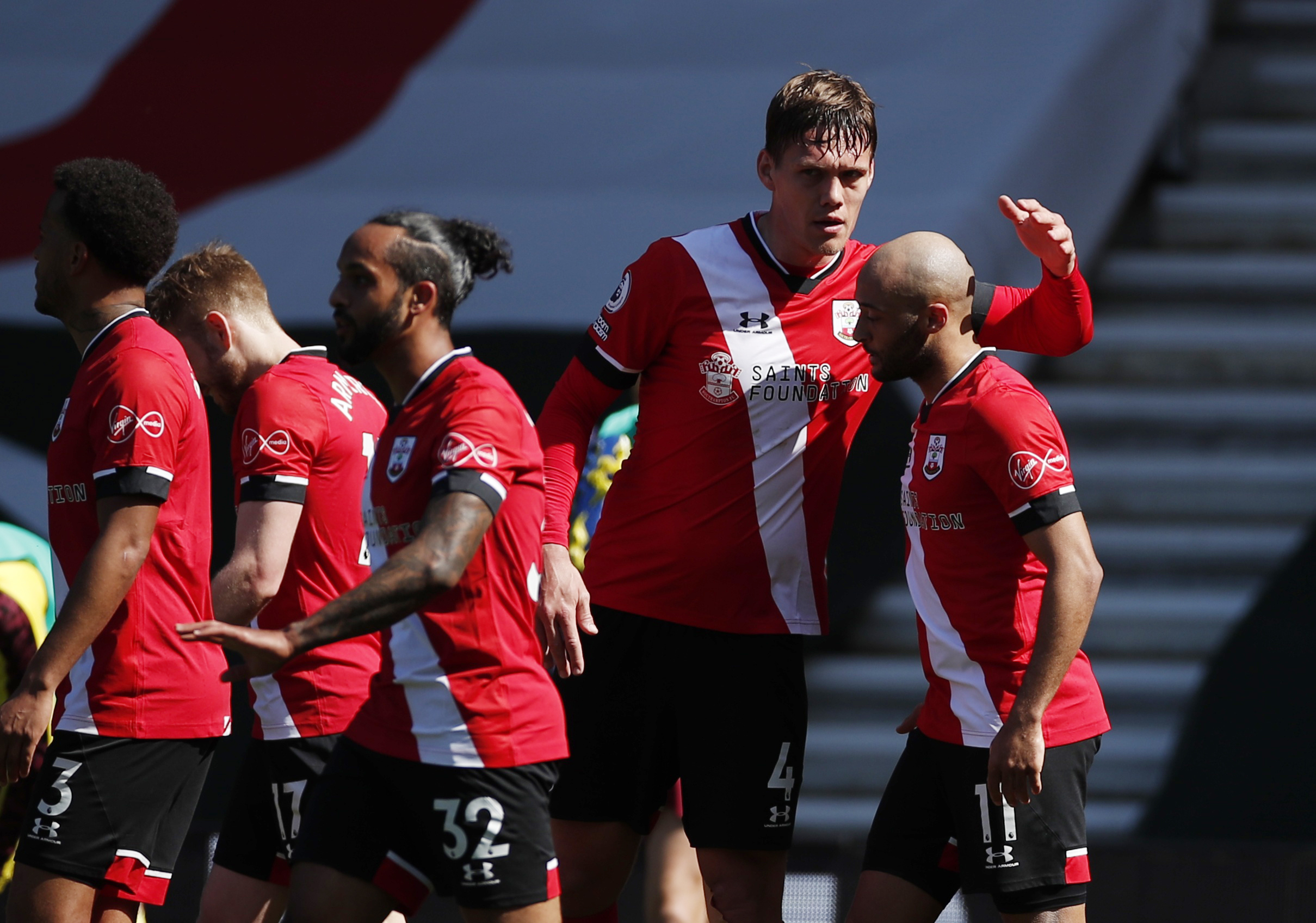 But Saints were level at the break thanks to excellent goals from Stuart Armstrong and Danny Ings.

Redmond settled a breathless game on 66 minutes with a composed volley that summed up his renewed confidence.

The 27-year-old, capped once by England, had appeared to have lost his way this season, regularly struggling to make the starting XI.

But a standout display in the FA Cup quarter-final win at Bournemouth before the international break appears to have revitalised him. 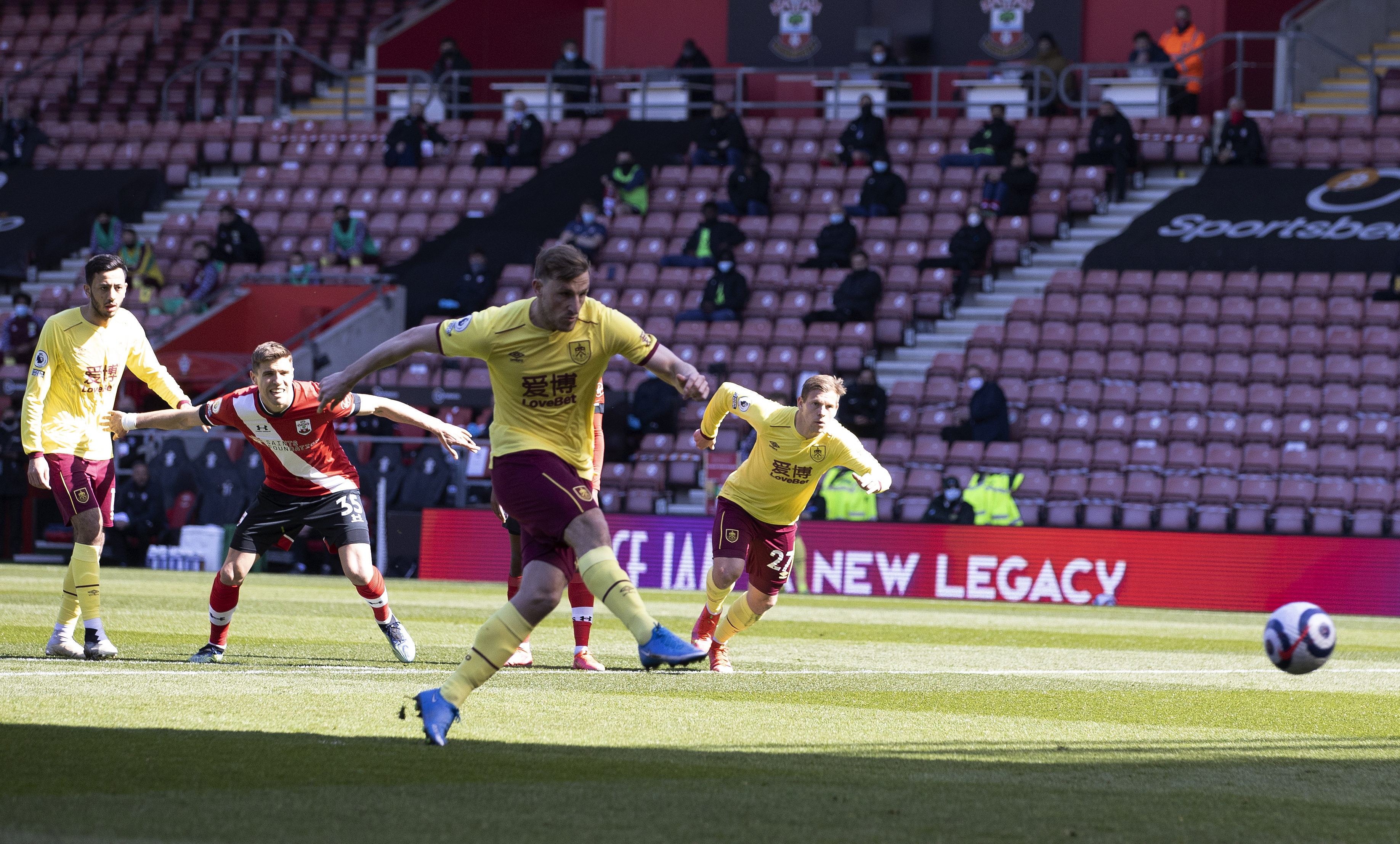 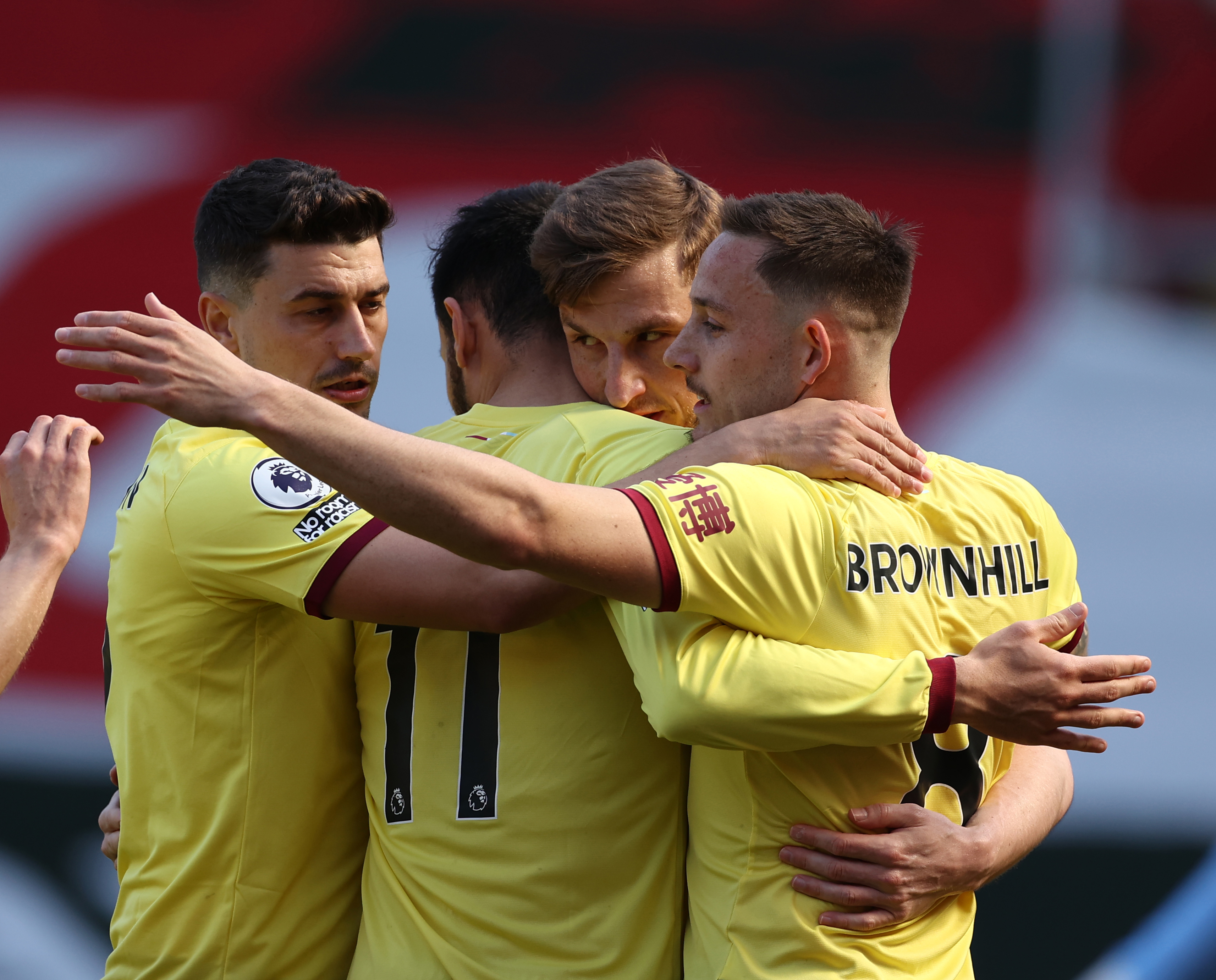 And he backed that up with the winner here.

A bonkers encounter exploded into life in the eighth minute when Kyle Walker-Peters caught Erik Pieters in the box.

Ref Andre Marriner did not give it initially but pointed to the spot after consulting his monitor and Wood grabbed his seventh goal of the season by smashing down the middle.

One became two on 28 minutes when Wood, looking dangerous again after a slow start to the season, flicked on to Vydra who crashed home from the edge of the area. 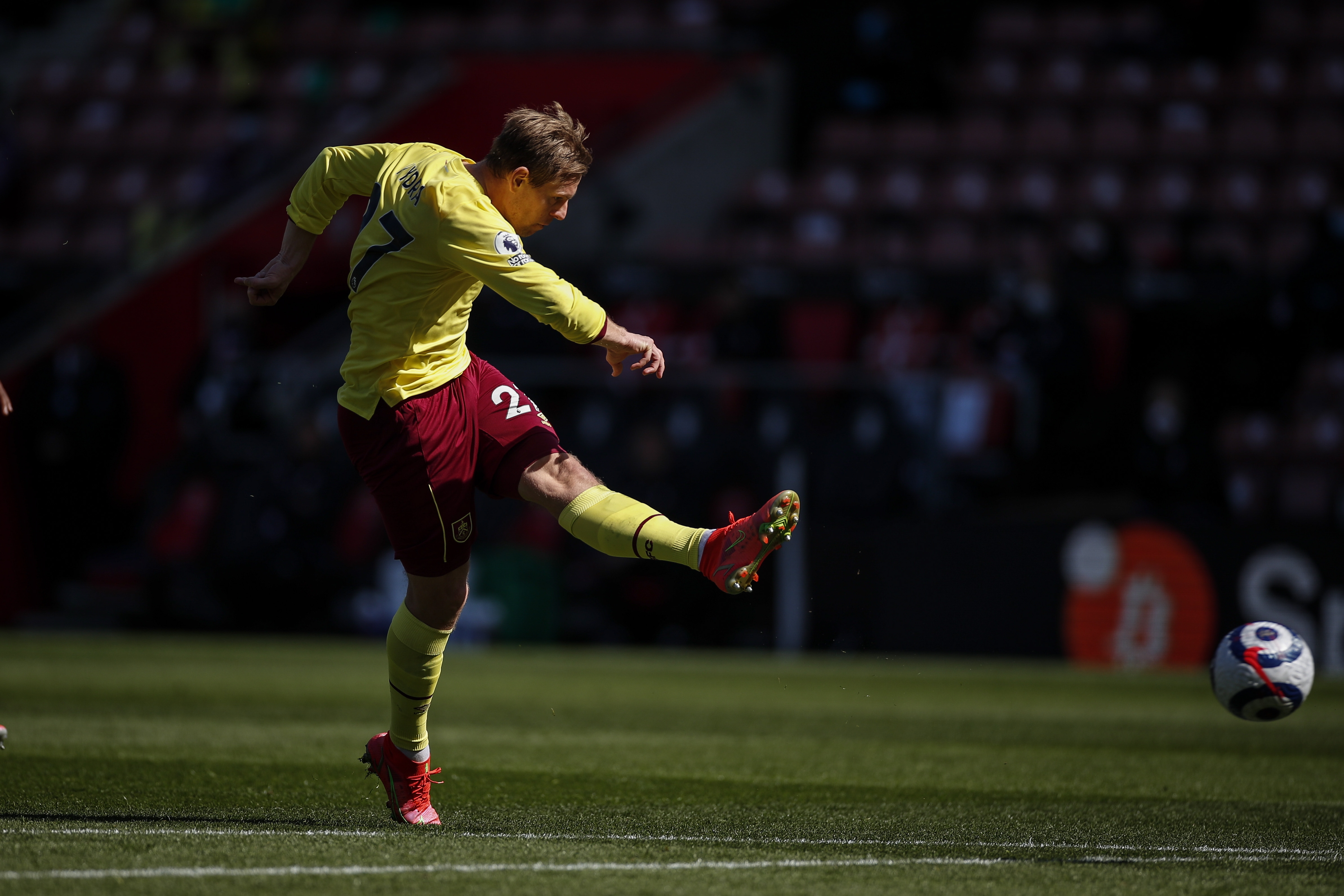 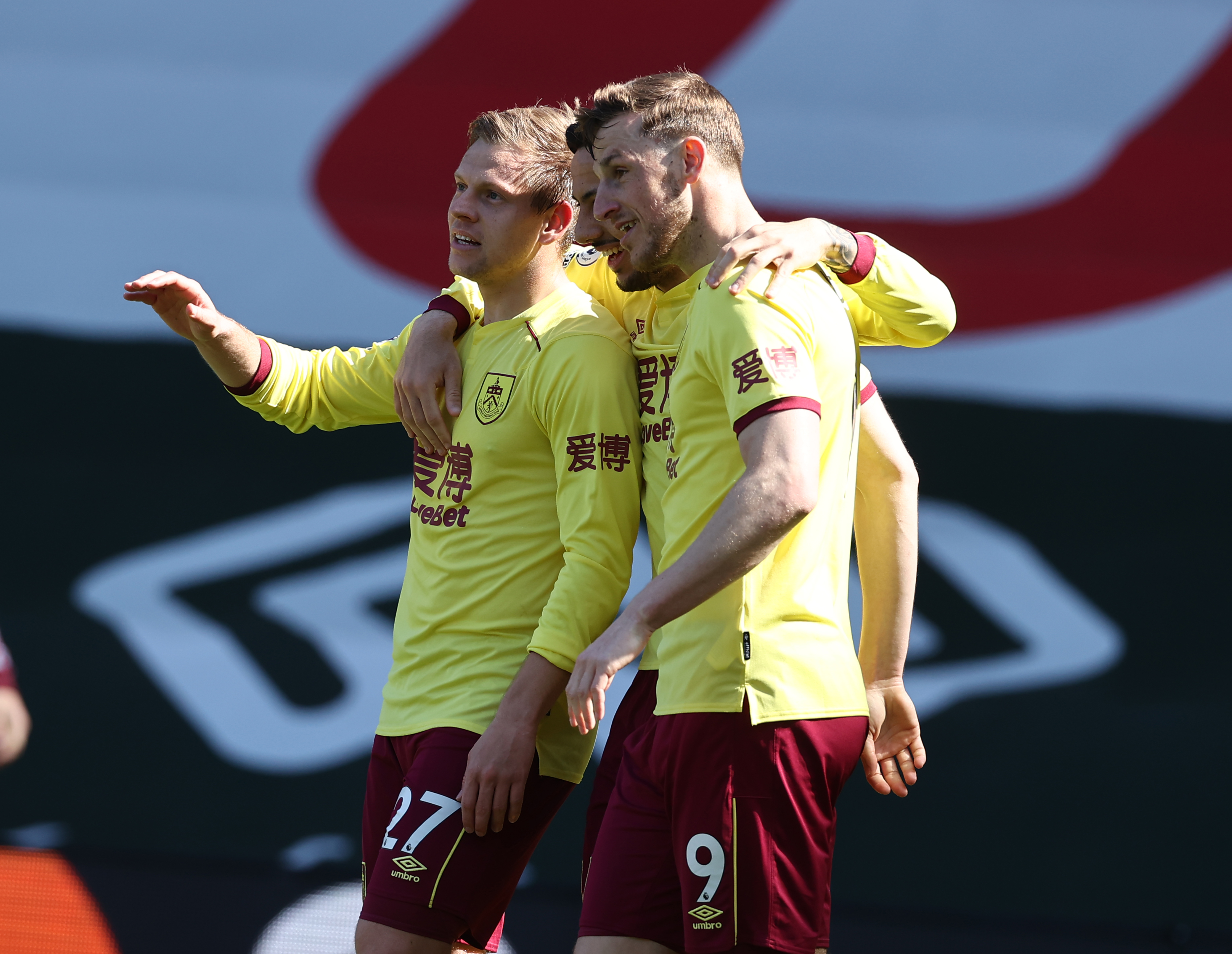 The Czech has not always been first choice under Sean Dyche but seems to enjoy his trips to St Mary’s, having netted with a sumptuous finish in Burnley’s win here last term.

But unlike that encounter 14 months ago, Southampton were not dead and buried after a Vydra belter.

Two minutes later James Ward-Prowse laid the ball to Ings who flicked the ball round Mee, allowing Armstrong to find the corner from 18 yards.

Pieters limped off shortly after, having picked up a hamstring problem in a collision with his own team-mate Tarkowski. 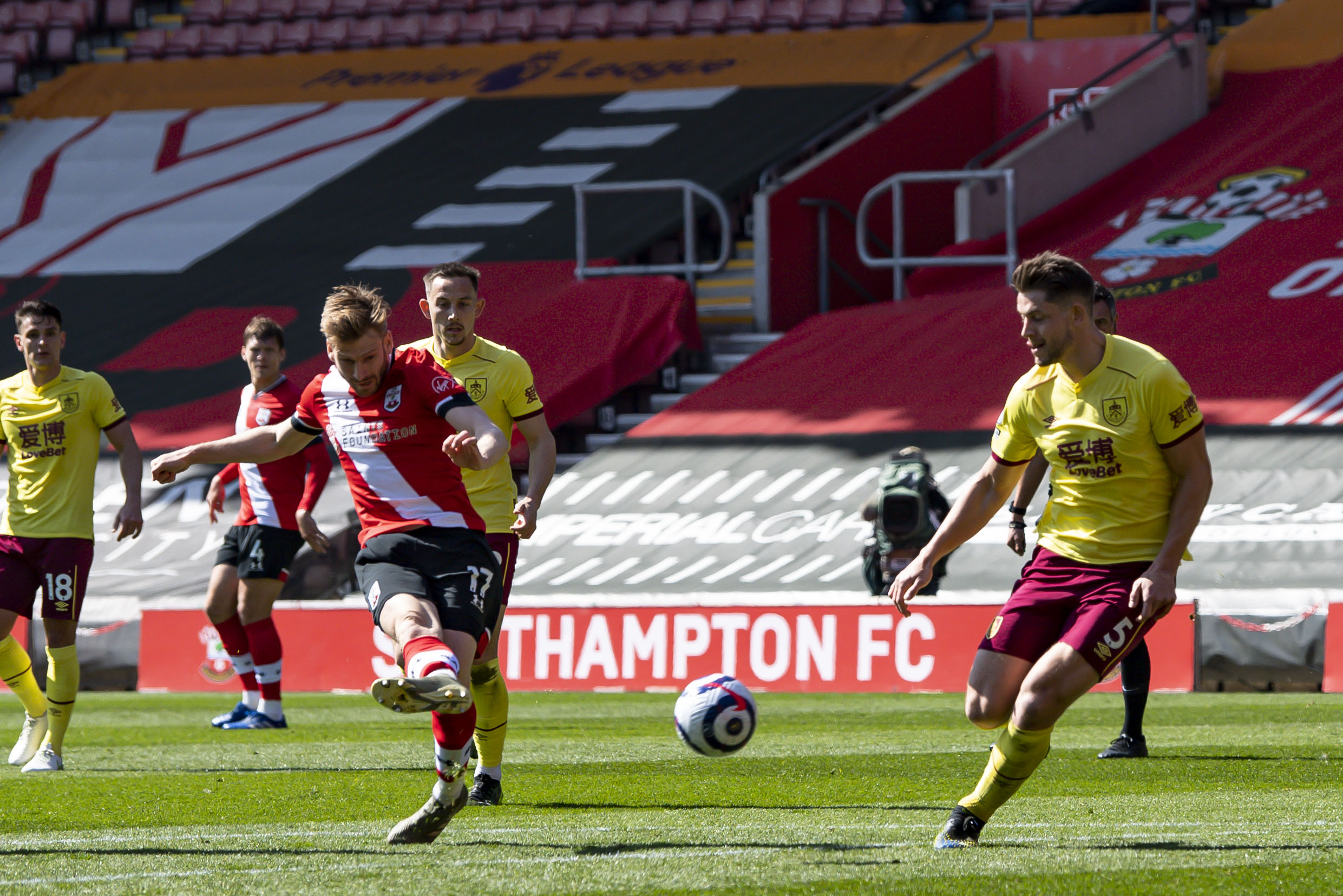 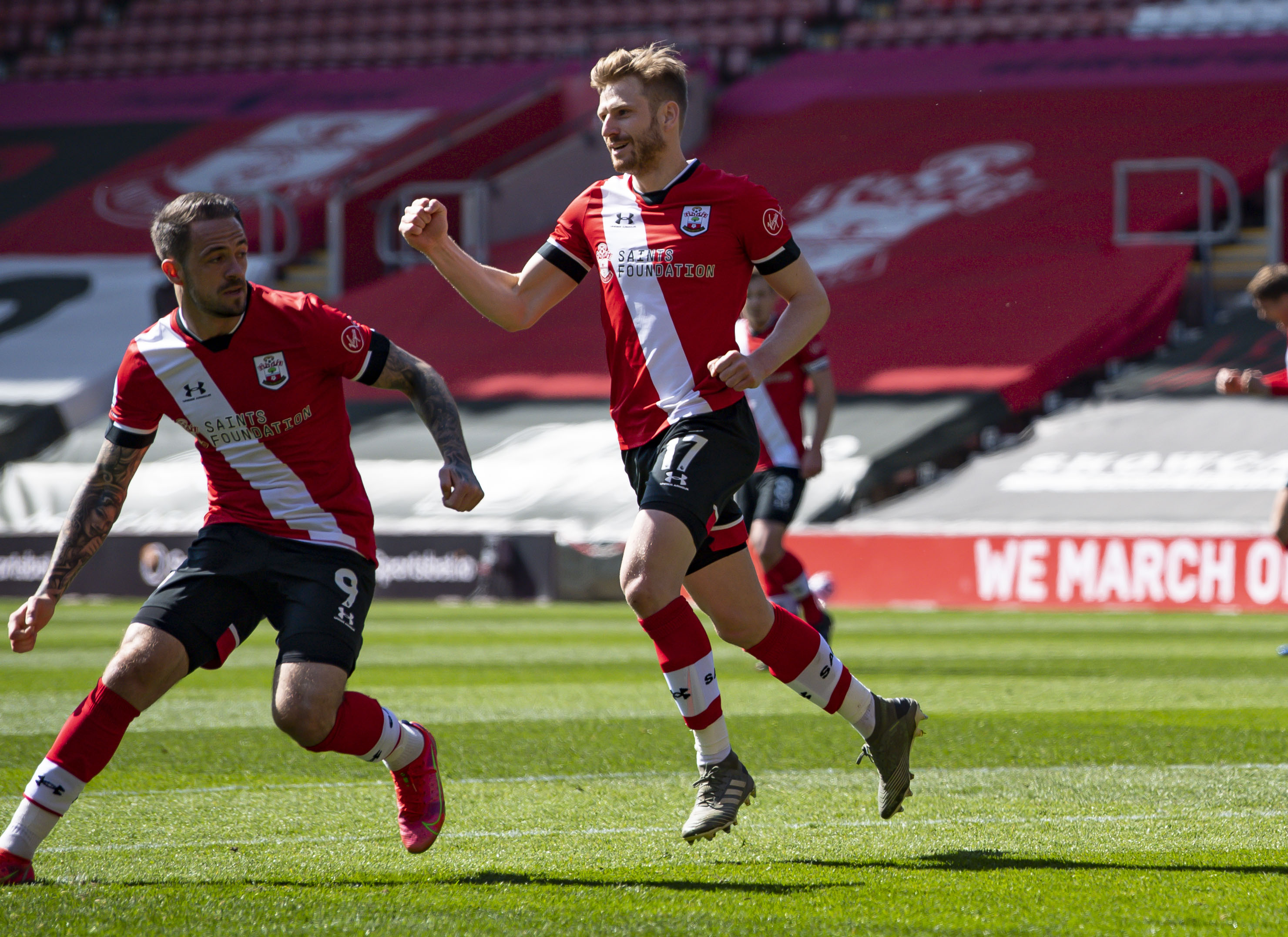 On 42 minutes, Burnley’s lead disintegrated thanks to their old boy Ings.

Fraser Forster’s poor kickout was rescued by Walker-Peters, who managed to send the ball down the line.

Mee overshot his run, allowing Ings to hare into the box.

The England forward, who missed the international break through injury, cut inside a diving James Tarwkowski before coolly prodding through Nick Pope’s legs.

In so doing, Ings became only the fourth player ever to score in four consecutive Prem appearances against his old sides after Robbie Keane, Jermain Defoe and Wilfried Bony. 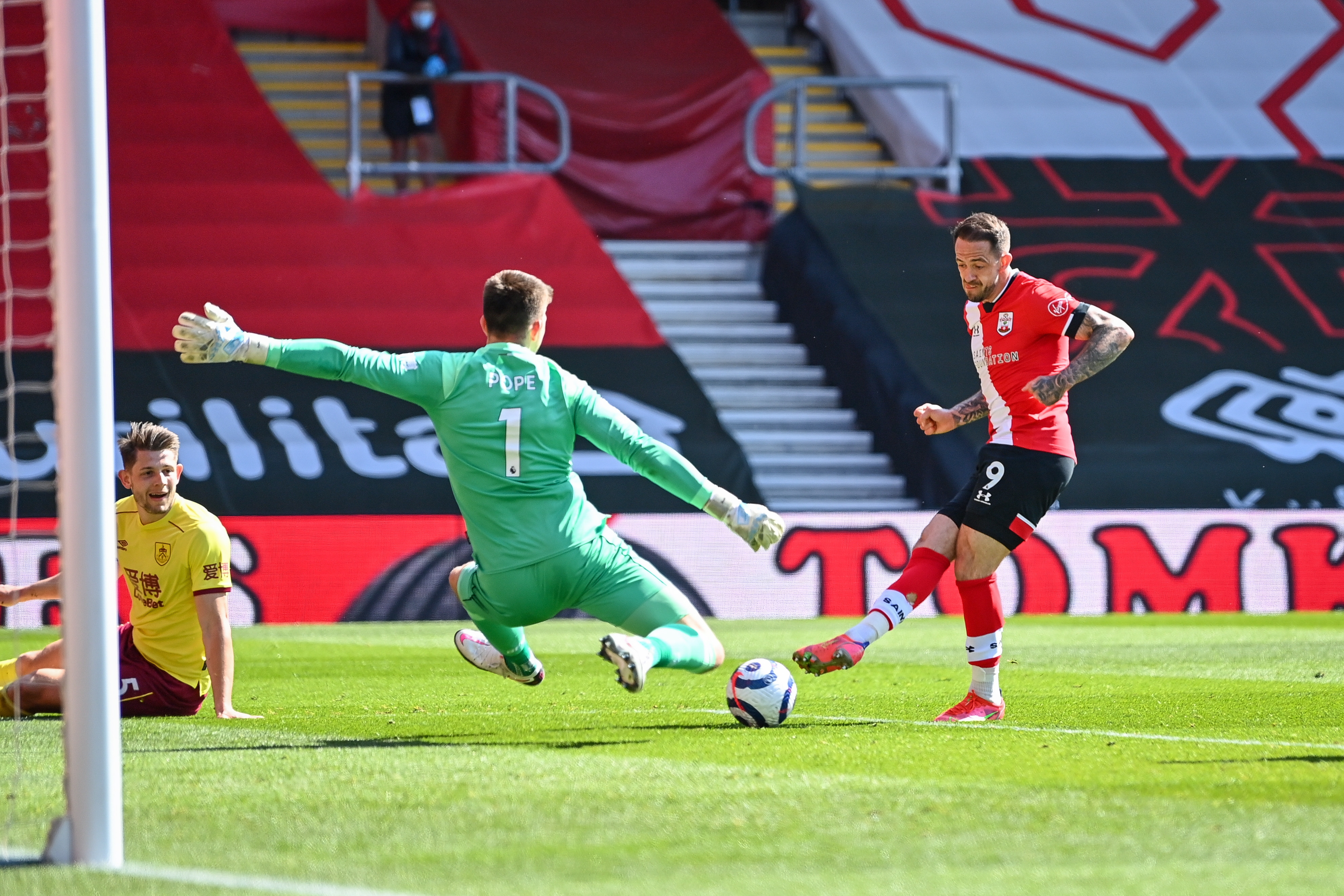 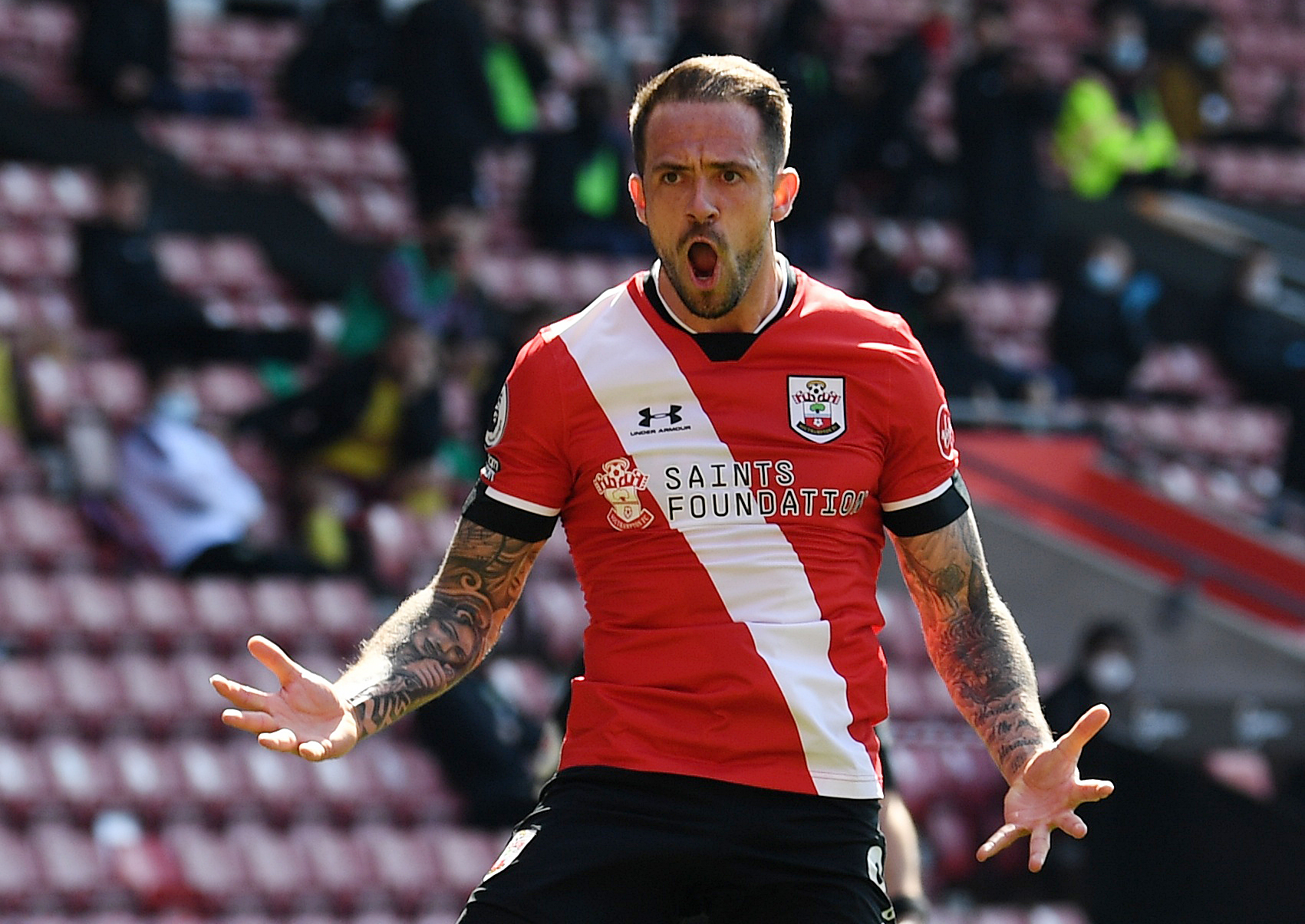 The goal count reduced after the break but the hectic nature of the game only seemed to increase, with Pope and Forster both producing fabulous saves.

In the end it was the hosts who grabbed the decisive fifth strike.

It came when Theo Walcott collected the rebound after Pope’s fine stop denied Ings and clipped it to the far post, where Redmond was ready and waiting to volley home.

Scotland new-boy Che Adams – or “Che McAdams” as Ralph Hasenhuttl called him – should have killed the game off in the final seconds but drove the wrong side of the post.

But it did not matter as Saints still clinched the victory which sent them to 36 points and surely Prem safety, teeing them up nicely for their FA Cup semi-final later this month. 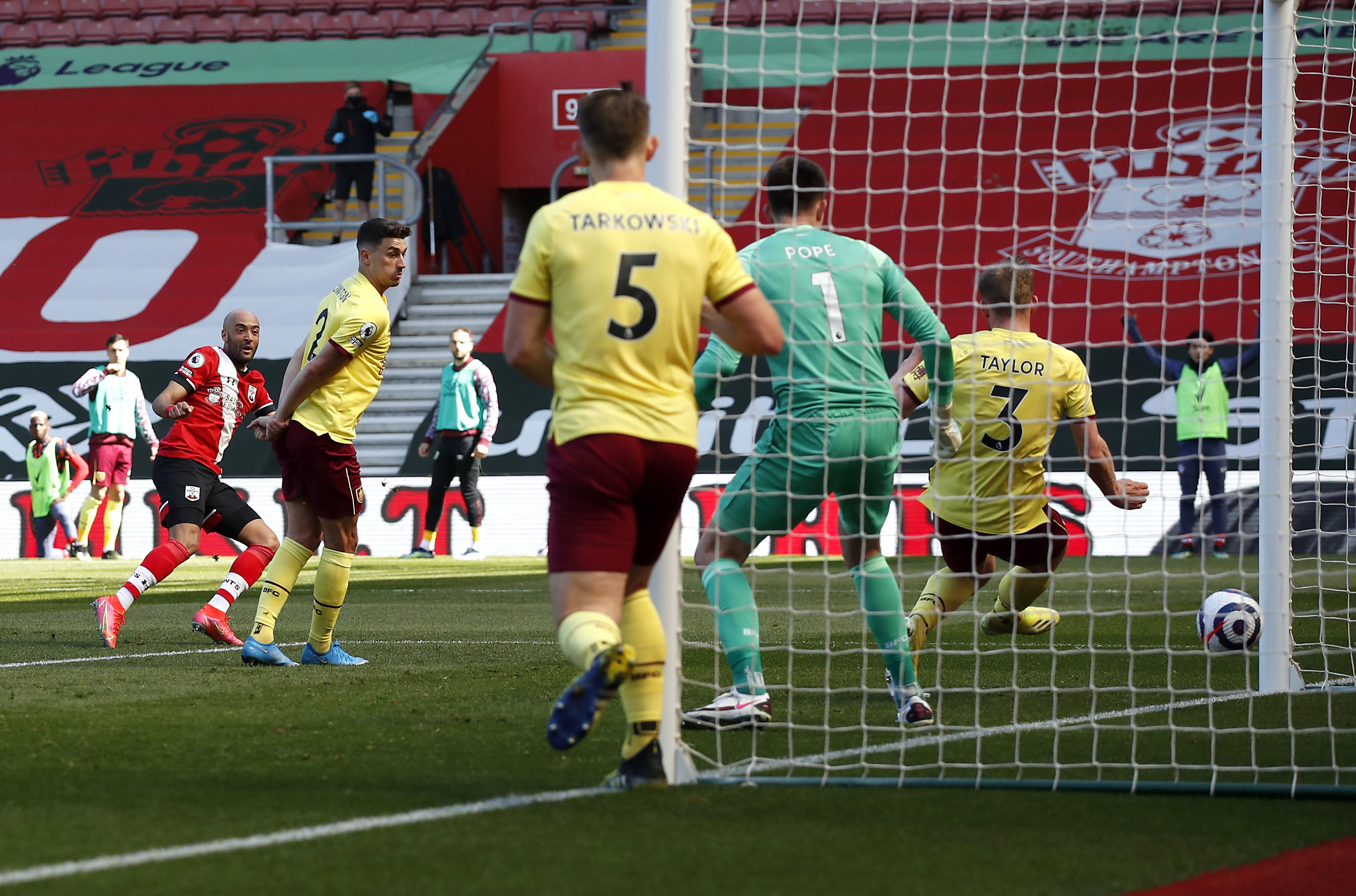