Home » Sport » Stanley Cup Revelry Has Mostly Proceeded as Normal. One Tradition May Not.

The Lightning have held a parade and a stadium celebration, albeit with limited capacity. But each player getting a day with the trophy, a rite since 1995, is uncertain. 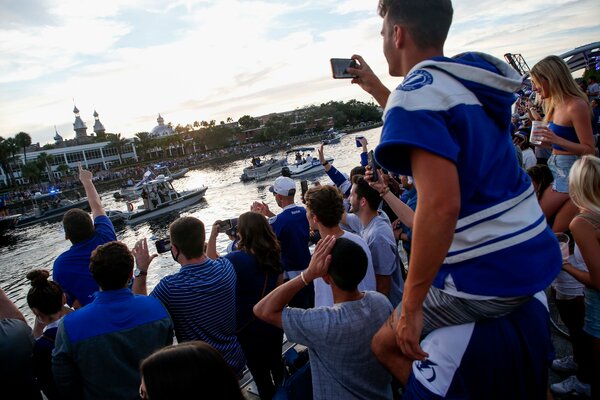 They hoisted, they hugged and they kissed the Stanley Cup — then they filled it with Champagne and gulped it empty again.

Soon, the Tampa Bay Lightning’s players will see their names stamped for posterity in the silver of hockey’s most cherished trophy, but last week their immediate priority was doing what champions get to do: hold the Cup close, whether or not your season and your planet have been disordered by a pandemic.

The N.H.L. breathed a corporate sigh of relief when the Lightning defeated the Dallas Stars to claim the Cup on Sept. 28, making it the first major North American professional sports league to complete its season amid the coronavirus pandemic.

Now, following the success of the summer’s emergency experiment, the league and its champions face a new quandary: How does a team safely fulfill all the rights — and rites — that come with winning a championship?

Since 1995, each Cup-winning player, coach and trainer has been granted a day to host the Stanley Cup in his hometown. Last year, when the St. Louis Blues won, that endeavor kept Phil Pritchard, a Hockey Hall of Fame vice president known as the keeper of the Cup, and his staff on the move for more than 100 days. Along the way, they visited Canadian towns called Calahoo and Port Hood along with Helsinki, Finland, and Novosibrisk, Russia.

Lightning wing Pat Maroon knows the drill. Having won the Cup last year, too, as a member of the Blues, he is just the third player in the expansion era to have won championships in consecutive seasons with different teams. Maroon, a native of St. Louis, spent his day with the Cup in July 2019 at home before visiting a mall where he had played in-line hockey as a youth, and hosting a lunch party, where the Cup was filled with toasted ravioli. 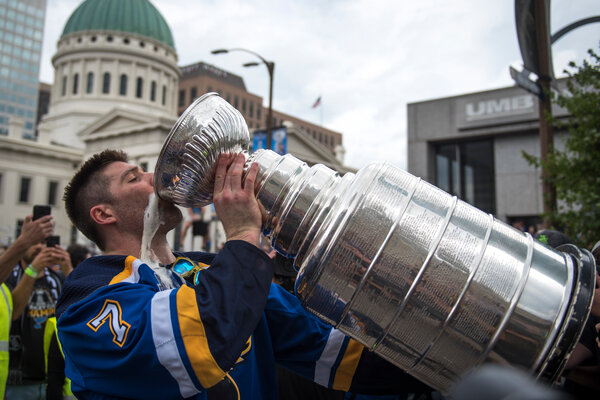 Just when he might get to reprise that experience remains to be seen. Last Wednesday, the Lightning shared the Cup with their fans by way of the Stanley Cup’s first boat parade, along the Hillsborough River. Later, the team held a rally for fans at Raymond James Stadium, home of the N.F.L.’s Buccaneers, with capacity restricted. The not-entirely-masked crowd of just over 11,000 was spread out across a stadium that can accommodate nearly 66,000.

Plans for further Stanley Cup pilgrimages are still in flux. A potential itinerary for daily visits would be another international one: While 14 of the Lightning’s players are Canadian and another six American, the roster also includes four Russians, two Czechs, a Swede and a Slovak.

Will Pritchard be steering the Cup to Plano, Texas (Blake Coleman), Moscow (Nikita Kucherov), or Ornskoldsvik, Sweden (Victor Hedman)? Will a player convert the Cup into a traditional Russian samovar (as the Penguins’ Evgeni Malkin did in 2017), feed Kentucky Derby-winning horses from it (as the Rangers’ Eddie Olczyk in 1994) or arrange to christen a baby (the Cup has played its part in at least three baptisms)? No one’s committing to anything quite yet.