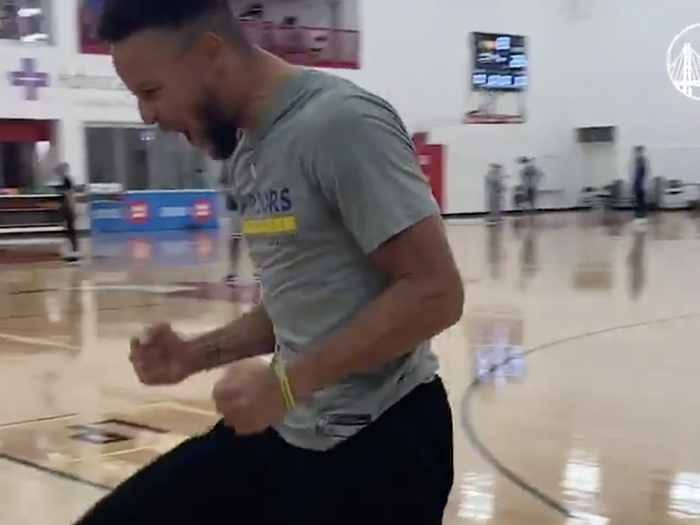 Stephen Curry had a gym session that most of us could only dream of at a recent Warriors practice, hitting three-pointers from the corner for five straight minutes without a miss.

According to NBA.com, Curry's actual run was 105 makes in a row, with the Warriors saying they got video capturing the final 103 of his run at the Bulls' practice facility.

"I think his previous record was 77. That's insane," Kerr said. "I don't know if the Guinness Book of World Records still exists. That was one of my favorite books growing up. If it still exists, that should go in the book because we have video evidence now apparently."

On Twitter, fans and analysts alike were stunned by Curry's shooting display.

Curry has been stunning fans with his astounding shooting since entering the league a decade ago. In a recent interview, noted basketball fan former President Barack Obama named Curry the greatest shooter in NBA history.

"I have not seen anybody who can shoot that way, in as many ways, in as unlikely ways, as consistently as Steph Curry," Obama said. "I know Steph well. Everything he does is just, it's precise and neat and tight."

Watching this video, it's hard to imagine anyone else coming for his title any time soon.