SUSPENDED Antoine Griezmann sent a cheeky cryptic tweet after watching his team-mate pick up another red card against Liverpool.

Felipe was sent off for Atletico Madrid in a fiery first half of Champions League football for hacking down Sadio Mane.

Griezmann, who was watching on from home due to suspension, tweeted his displeasure following his own red card at the Wanda Metropolitano Stadium in the reverse fixture two weeks ago.

The French international's tweet translates in English to "Yellow in Anfield…" followed by a 'raised eyebrow' emoji.

There was little doubt Griezmann, 30, deserved a red card for kicking Roberto Firmino in the face during Atleti's 3-2 loss to the Reds – a classic European encounter.

However Uefa have explained that it was for the kick to Mane when the ball was not within playing distance.

According to the governing laws, that is violent conduct and therefore a red. 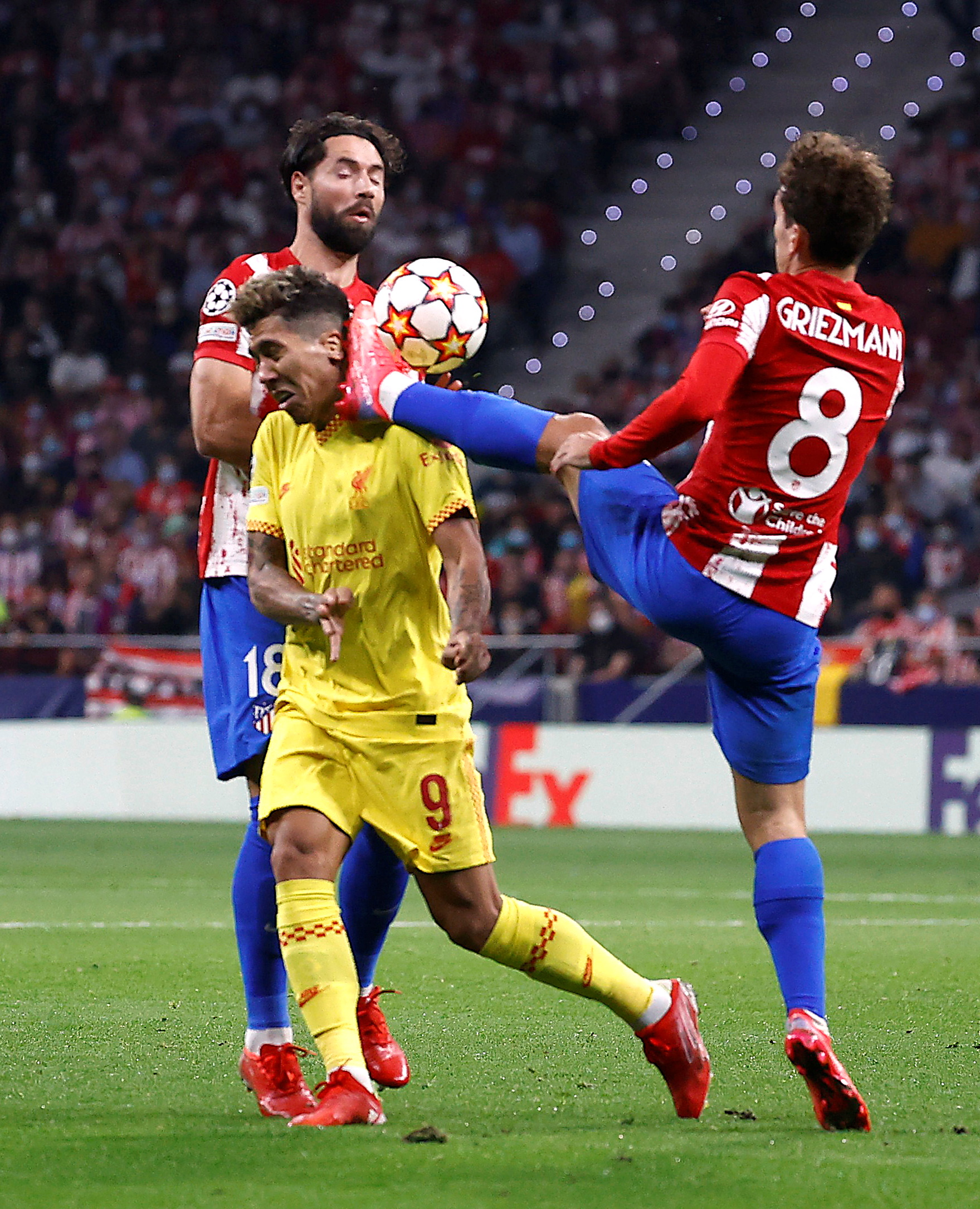 After the kick, Felipe was also seen to make an insulting gesture to the referee, Danny Makkelie.

Liverpool powered to the win, cementing their qualification from the group stage with 12 points from a possible 12 so far.

Madrid in contrast were lost. Down to 10 men and losing 2-0 by half time.

They fought back slightly, even coming close to scoring themselves a couple of times in the second period.

Luis Suarez scored towards the end but the goal was disallowed – ruled offside by VAR.