Katie Taylor looks to move closer to immortality when she faces off against Natasha Jonas once again, putting her lightweight world titles on the line at the Manchester Arena.

The pair have history, with the Irish superstar emerging victorious at London 2012 on her way to Olympic glory, a stinging defeat for Jonas that she only recently watched back.

The pair will continue the surge in interest in women’s boxing as the chief support to Derek Chisora against Joseph Parker in what could turn into a heavyweight war.

Beyond the chief support and main event, there’s the intrigue of Chris Eubank Jr returning to the ring, with Marcus Morrison hoping to capitalise on any ring rust, while the fascinating journey of Campbell Hatton continues. But the Briton with the biggest challenge of the night is surely Craig Richards, who will look to rip the light heaavyweight world title off the undefeated Russian Dmitry Bivol.

We’ll have build-up to the heavyweights, round-by-round updates from Taylor vs Jonas and more undercard commentary and results from a big night of boxing at the Manchester Arena:

Straffon reacts: “I’ve been through a lot in my life and he’s not tougher than my life.”

It was a hard right and then a heavy left that put Tennyson away, he then sunk and fell back, hitting the canvas.

He jumped up, then his leg bent and he fell back again. The referee gave him all the time in the world, but Tennyson could not recover, Straffon pinned him to the ropes and unloaded before the referee stepped in. A shocker!

WOW! This is a HUGE shock, Tennyson is bashed up and taken out, devastating!

Fireworks from the off! WOW!

Straffon is slugging this out from the off, digging to Tennyson’s body.

Lovely left hook from Tennyson, but this is a storm from the Mexican.

Here comes Tennyson, this could be an intriguing one, with the Irishman tipped to mix it with the best in the division, memorably Johnny Nelson backed him to take out Gervonta Davis.

Bivol vs Richards coming up!

Chisora: ‘When I retire I’ll have a proper bonfire, burn everything’

There are not many 37-year-old boxers with 10 losses on their record who do numbers quite likeDereck Chisora.

The Zimbabwe-born Londoner has never won a world title, has not even fought for one in the past 12 years and has lost three times on the spin in pay-per-view main events. But he is back at the top of the box office bill on Saturday night when he takes on former WBO heavyweight championJoseph Parker behind closed doors at the AO Arena in Manchester. Nobody has said Chisora should retire if he loses. Everybody stopped saying that years ago.

Even so, Chisora, who must go down as one of the most successful British heavyweights of his generation, has already made a plan for his retirement.

“When I retire I’m going to have a bonfire in my house,” he says. “Burn all my gloves, everything I won as an amateur. A proper bonfire night and burn everything. Sometimes boxing doesn’t look after their own so for me to hold onto boxing as much as others do, I won’t. If I ever retire I will have a big bonfire, put it on my Instagram and delete my account after that.” 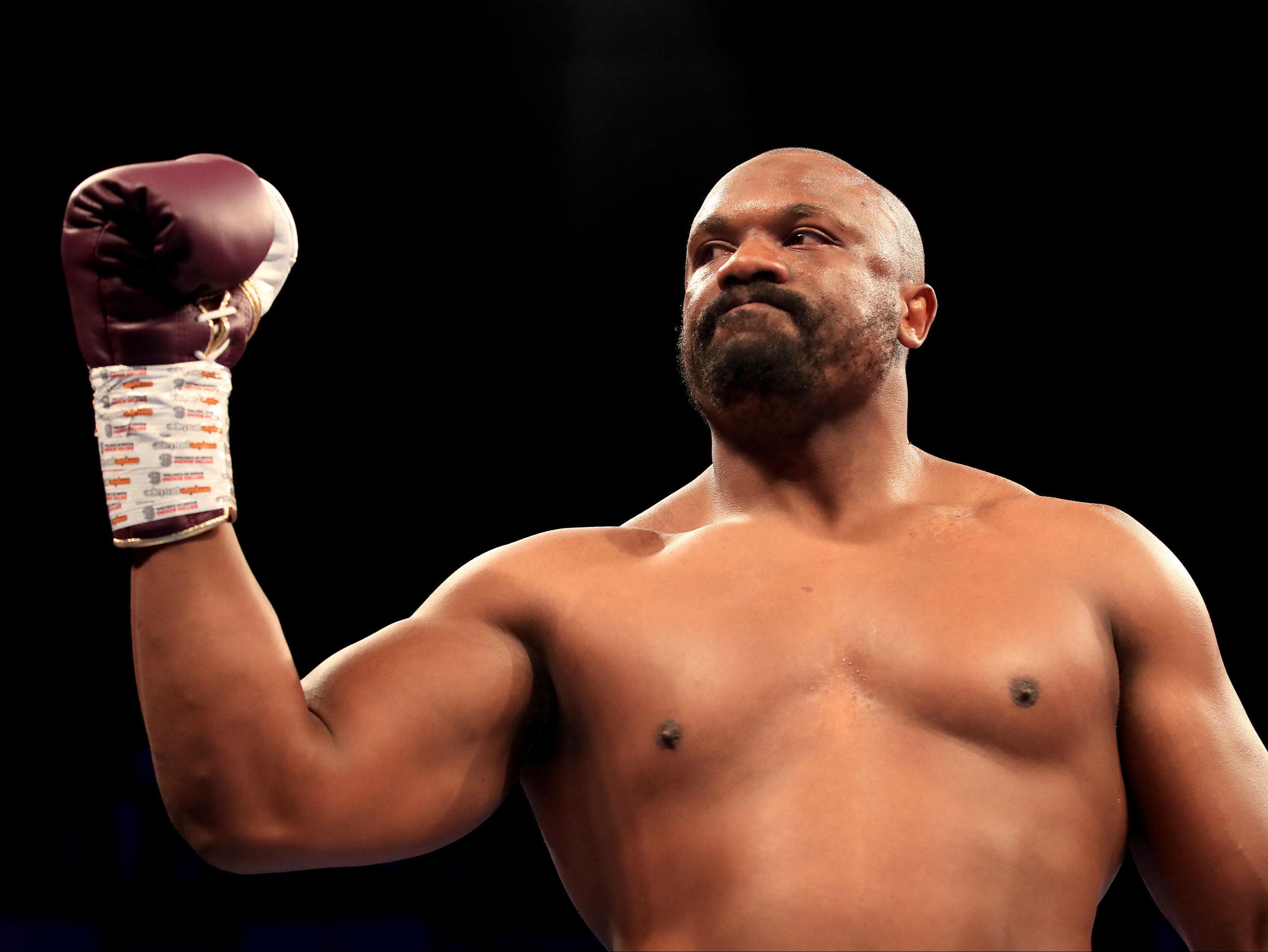 Dereck Chisora: ‘When I retire I’ll have a proper bonfire, burn everything’

The 37-year-old Dereck Chisora, who faces fellow heavyweight Joseph Parker on Saturday night in Manchester, wants to retire in his typical brash style but has no plans to hang up his gloves just yet

Unbeaten in 17, an Olympic gold medallist and a two-weight world champion –Katie Taylor is a force of nature.

Taylor, who has been studying the likes of Terence Crawford and ‘Sugar’ Ray Leonard in an effort to hone her craft, will fightNatasha Jonas in the co-main event at the Manchester Arena tonight.

Despite her incredible resume, the Irish star suggested there are aspects of her game that can improve.

“I can definitely be better,” Taylor told Sky Sports ahead of her undisputed lightweight championship defence. “There is a lot to learn from each fight but I am making small, subtle improvements.

“It’s about slowing down, learning to relax, and not rushing the stoppage. Sitting down more on my punches.”

Medals, titles, a pioneer of the sport – but Katie Taylor still wants more

“I’m excited to start this new chapter in my career with a new coach and some fresh ideas,” said Parker. “I’ve settled in and Andy and I are bonding well. Chisora and I have unfinished business and inside the ring one of us will get the job done.

“I am well aware that a win on British soil and on world-wide television will put me in pole position whereas a loss will be catastrophic.  I am more than up for the challenge. Bring it on Del Boy.”