TOTTENHAM were hailed for their classy gesture to Marine following their FA Cup win over the non-League outfit.

Jose Mourinho's side put in a professional performance to ease into the fourth round with a 5-0 win over the Merseysiders. 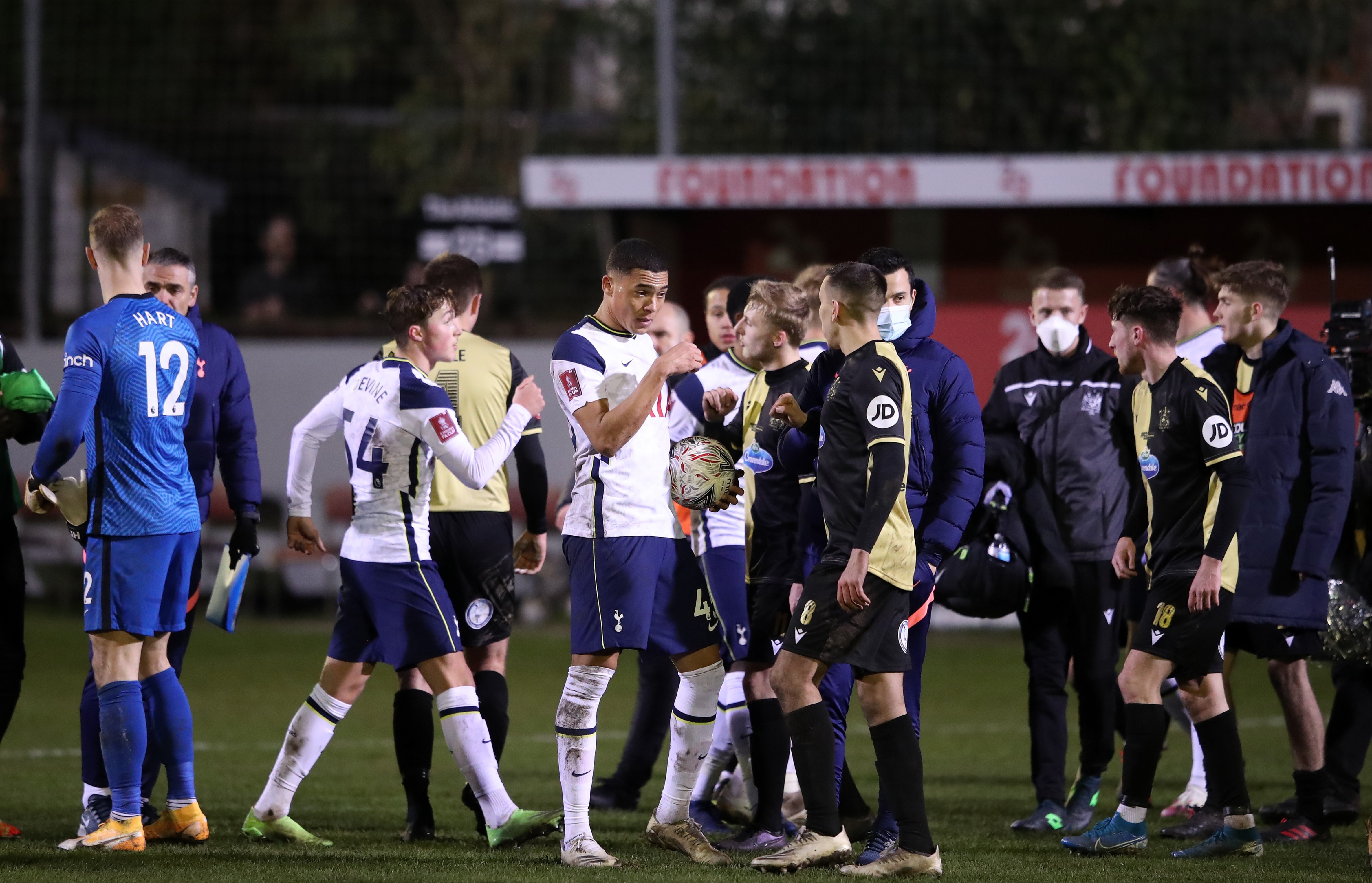 Marine, who feature in the eighth tier of English football, are 161-places below Spurs – the largest gap between two sides in the competition's history.

Unfortunately, the coronavirus pandemic meant fans were robbed of the chance to see their side's biggest ever game against Tottenham.

The north Londoners had already done their part in helping Marine sell over 21,000 virtual tickets to help the club's finances.

But Spurs also had a classy gesture saved for the part-timers who were also barred from swapping shirts with the Prem superstars.

Coronavirus regulations in the FA Cup had prohibited the once-customary post-match gesture but, thankfully for Marine, Tottenham came prepared.

The Carabao Cup finalists revealed they travelled with brand new shirts to give to the non-League oufit to commemorate the occasion.

The club confirmed on Twitter: "The players are unable to swap shirts after the game due to COVID protocols, so we've provided @MarineAFC with a whole set of fresh match shirts as a souvenir of today's historic match."

Fans loved Tottenham's classy gesture, with one replying: "Always great to see a mark of respect and true sportsmanship."

Another said: "Lovely gesture", while a third simply added: "Legends."

Carlos Vinicius scored a hat-trick on route to Tottenham's comfortable 5-0 win over Marine.

Lucas Moura also scored and substitute Alfie Devine then made history after becoming both the club's youngest ever player and scorer.