DAVID HAYE reckons Tyson Fury manipulated the scales during his weigh-in with Deontay Wilder to hide his true weight.

The Gypsy King took to the scales with his American rival late last night ahead of their Las Vegas trilogy fight on Sunday morning. 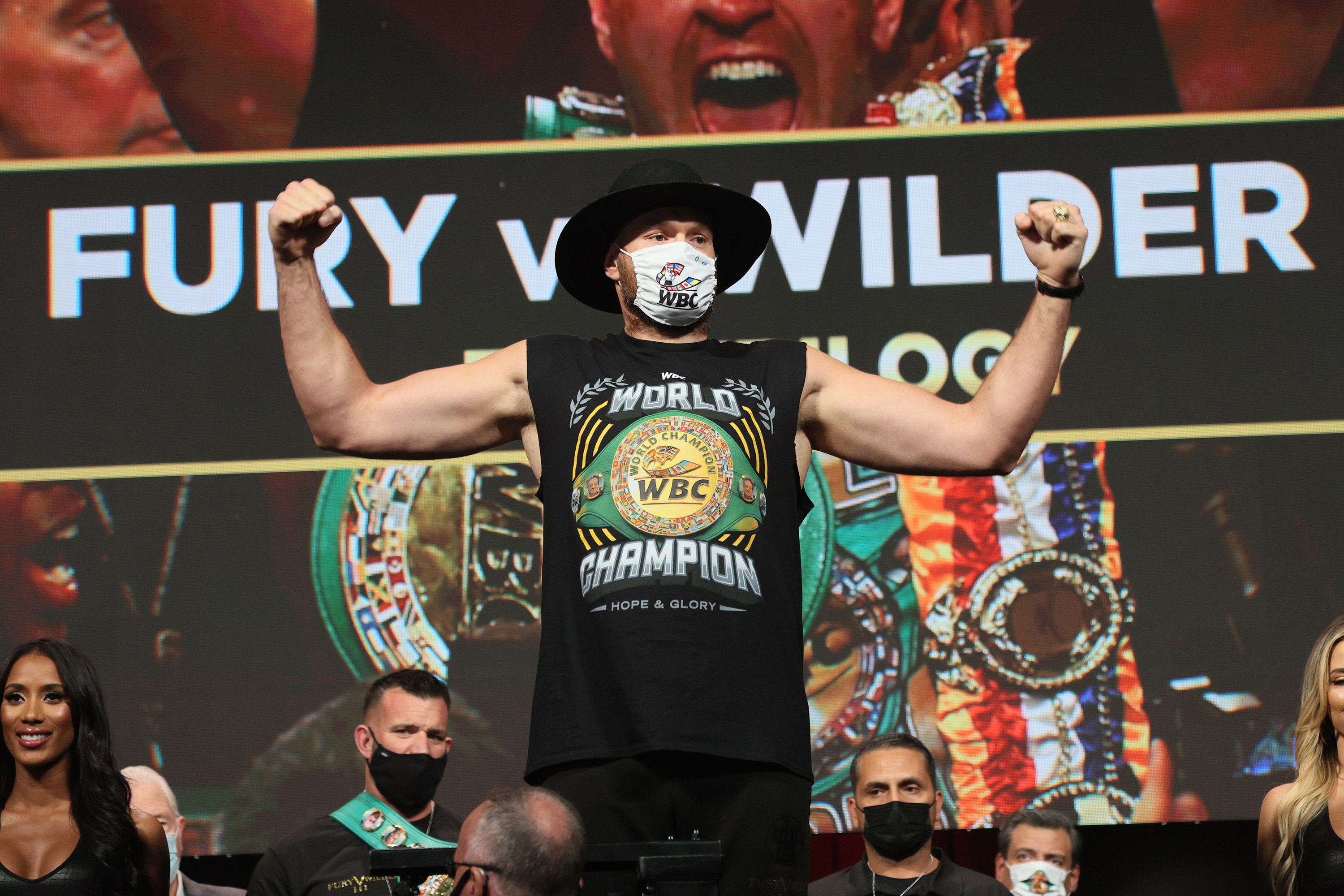 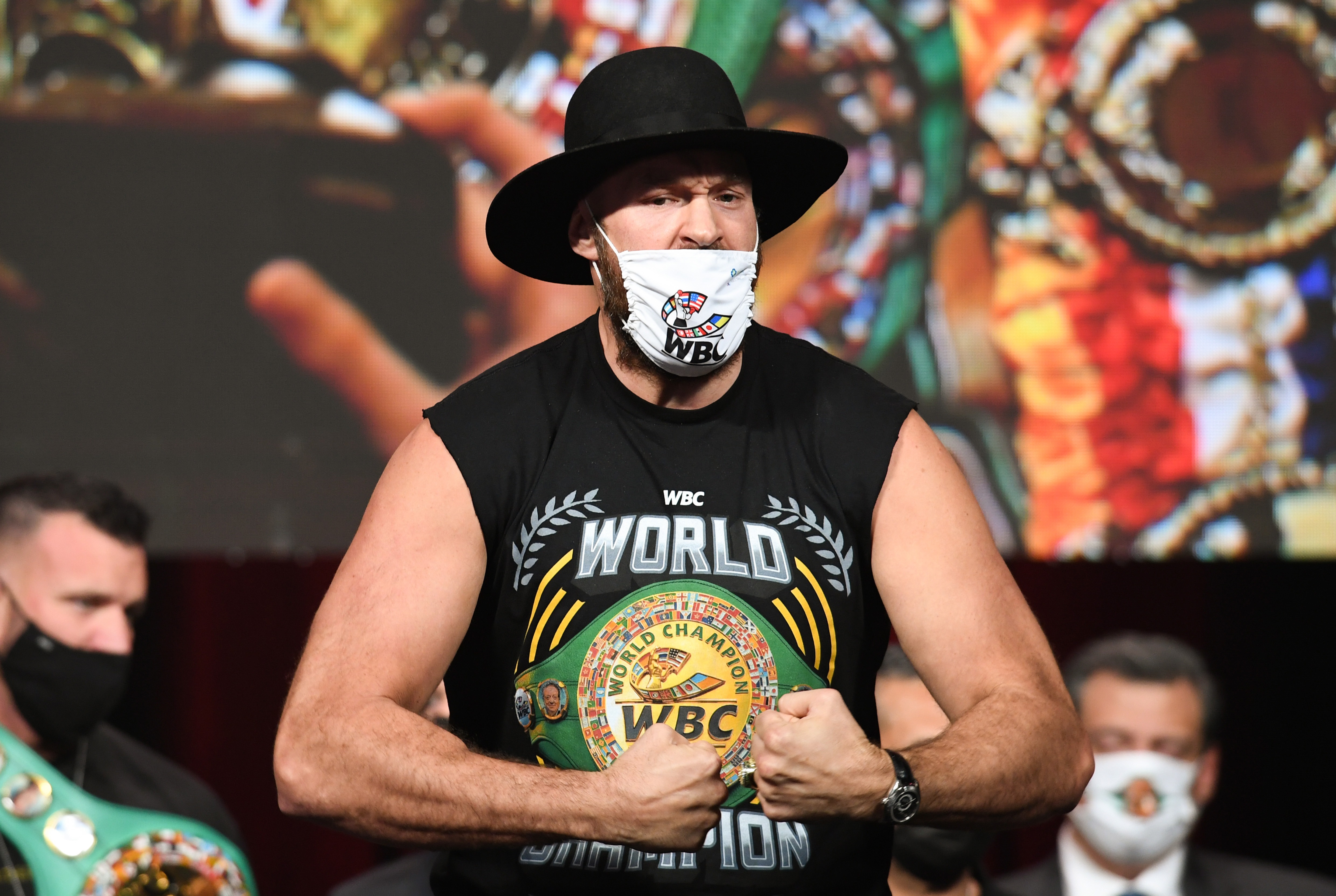 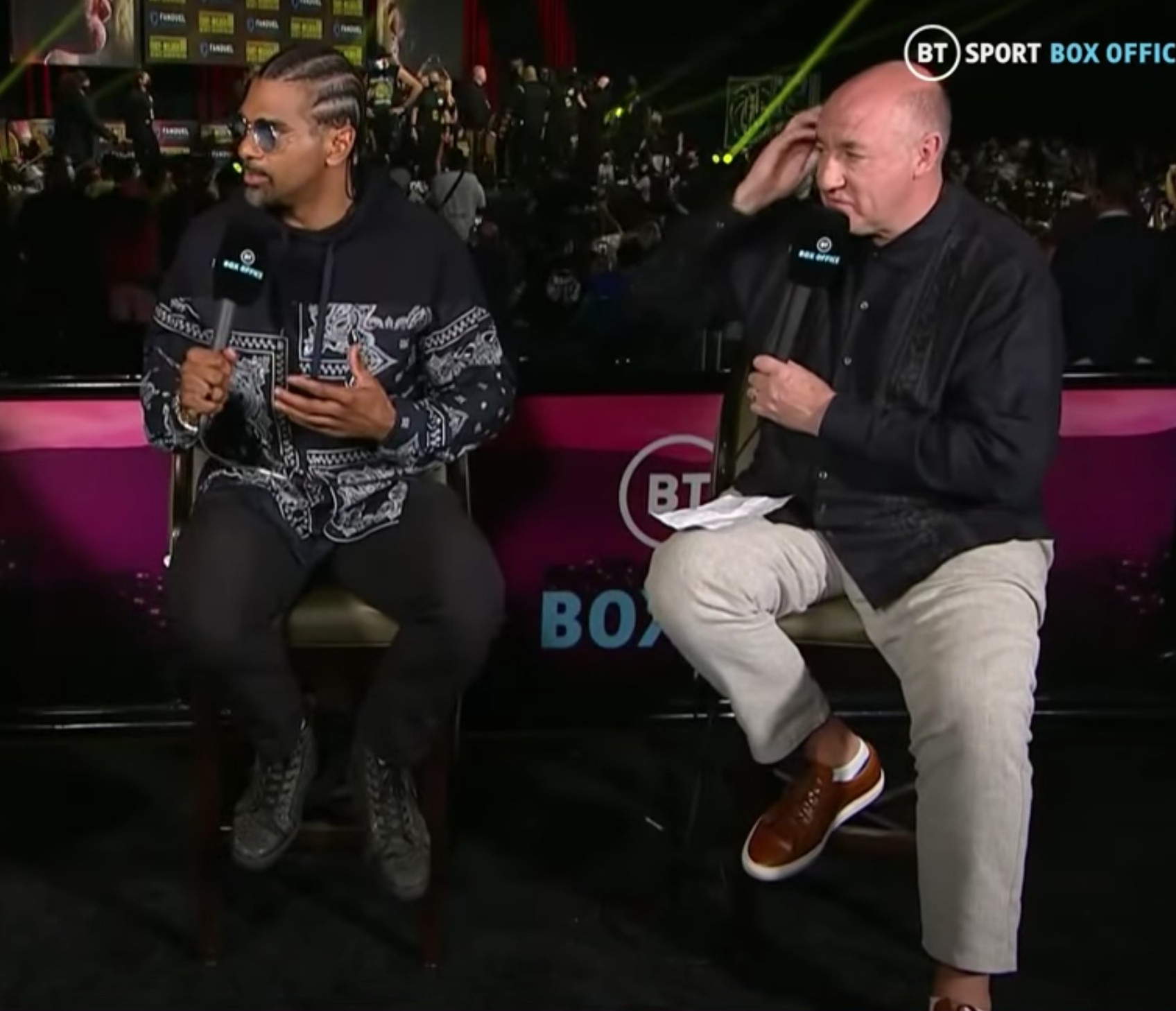 Fury, who didn't shed any of his clobber, tipped the scales at 277lbs, while Wilder weighed a career-heavy 238lbs.

And former heavyweight champ Haye reckons his fellow Brit kept his gear on to keep his real weight a secret.

During BT Sport's live coverage of the weigh-ins, the Hayemaker said: "You can't take anything from Tyson Fury's weigh-in there.

"He had his trainers, hat, his trackies, he could've had money in his pocket.

"His wallet, phone, you don't know. what he's got in his pocket."

He added: "It's manipulation. He said he wanted to come in at 300lbs, that's what he said. He's turned up and he's heavy."

"He had his trainers on. [And] as David said, a really expensive-looking hat.

"He had on his full kit, he obviously had his phone or something in his pocket.

"That means he's had a bit of a meal this afternoon or this morning.

You can't take anything from Tyson Fury's weigh-in there

Big Daddy Bunce added: "According to those weights, this is the least amount of weight advantage that Tyson Fury has had now in the three fights.

"But, he's not. If you take 9lbs of that away, that means they're down to within two stone of each other."

Fury is brimming with confidence having stopped Wilder in seven rounds last time out and is eyeing an even better performance in their second Sin City showdown.

He said: "This means totally obliteration of a dosser, total annihilation.

"Two hundred and seventy-seven pounds, I'm going to put him the royal infirmary after this.

"There's a man here going to annihilate you.

"This ends with him severely hurt on the floor and smashed to bits.

"His little pretty wife down there won't recognise him."