TYSON FURY has been warned not to allow the 'derailment of the Joshua gravy train' to affect him against Deontay Wilder.

The Gypsy King puts his WBC heavyweight title on the line in a trilogy fight against the American this weekend. 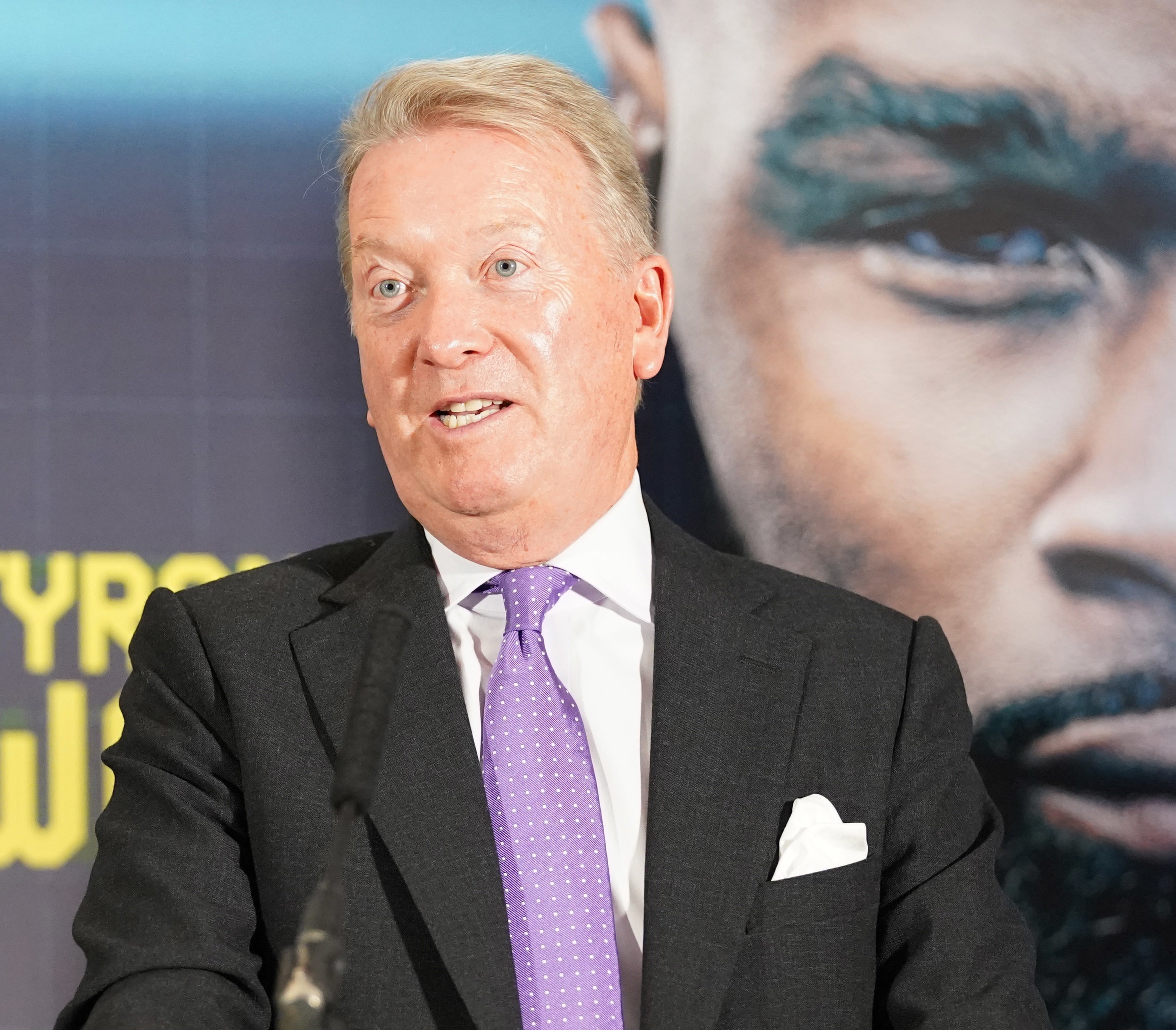 And despite smashing Wilder to pieces the last time they met in February 2020, the Gypsy King has been urged to focus on the challenge in front of him.

British boxing's hopes of an undisputed title clash between Fury and Anthony Joshua went up in smoke when the latter was easily outpointed by Oleksandr Usyk on September 25.

Now Warren wants his man to put that £200million disappointment behind him and get the job done against a determined Wilder in Las Vegas.

Writing for Boxing Scene, the Hall of Fame promoter said: "Tyson cannot afford to allow himself to become distracted by the derailment of the Joshua gravy train and take his eye off the job in hand against an extremely motivated Deontay Wilder.

"I can’t see Wilder being able to reinvent himself enough to trouble Tyson, but there will be no complacency in our corner."

Should Fury do what the bookies think he will and beat Wilder for a second time, there are some tasty-looking title defences on the horizon.

CLICK HERE FOR LIVE UPDATES ON FURY VS WILDER 3

Fellow Brits Joe Joyce and Daniel Dubois have moved themselves into title contention, and of course there is the undisputed clash against former cruiserweight king Usyk.

But Warren remains confident that Fury can continue to reign supreme in the heavyweight division.

He added: "As I admired his performance and believe him to be a great fighter, I don’t see Usyk being a match for Tyson either.

"The attributes Usyk possesses are shared by Tyson with interest, along with a size and speed advantage.

"A fight between them is a natural one to make as we will now consider an alternative way forward, all things being well on October 9."

As for Joshua, I very much hope he can punch his way back into the picture

Joshua, meanwhile, has told his team to thrash out terms for the rematch against Usyk.

He will be hoping for revenge just like he achieved when he avenged his shock loss to Andr Ruiz Jr.

And Warren is hoping AJ can get back to the big time and has refused to rule out the Fury clash ever happening.

He added: "As for Joshua, I very much hope he can punch his way back into the picture and we get to deliver the all-British fights involving Tyson, Joe [Joyce] and Daniel [Dubois] while they are still ripe for the making."