TYSON FURY arrived back in the UK after his heroic win against Deontay Wilder.

The Gypsy King retained his throne as WBC champion with a brutal round 11 knockout against Wilder. 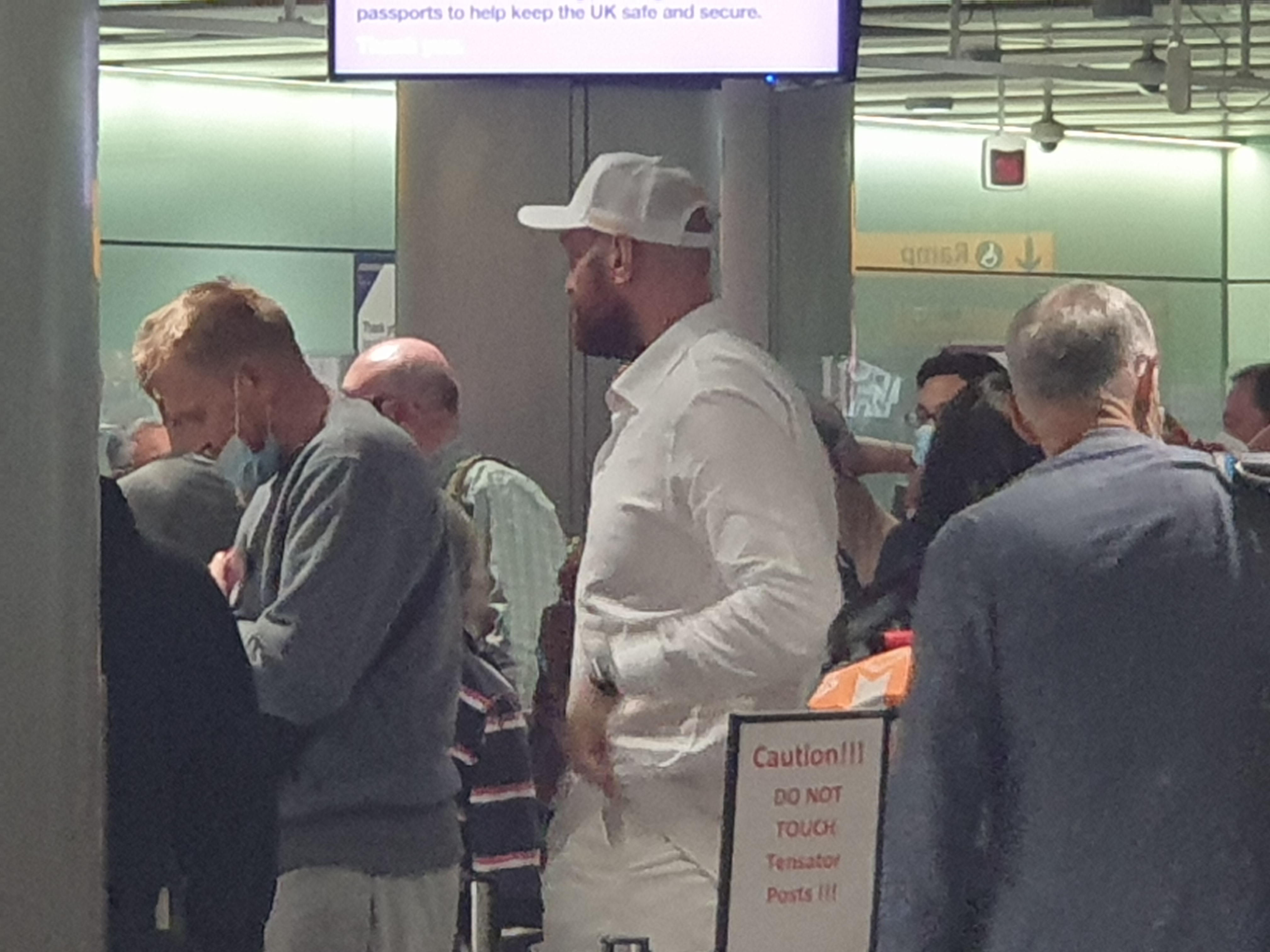 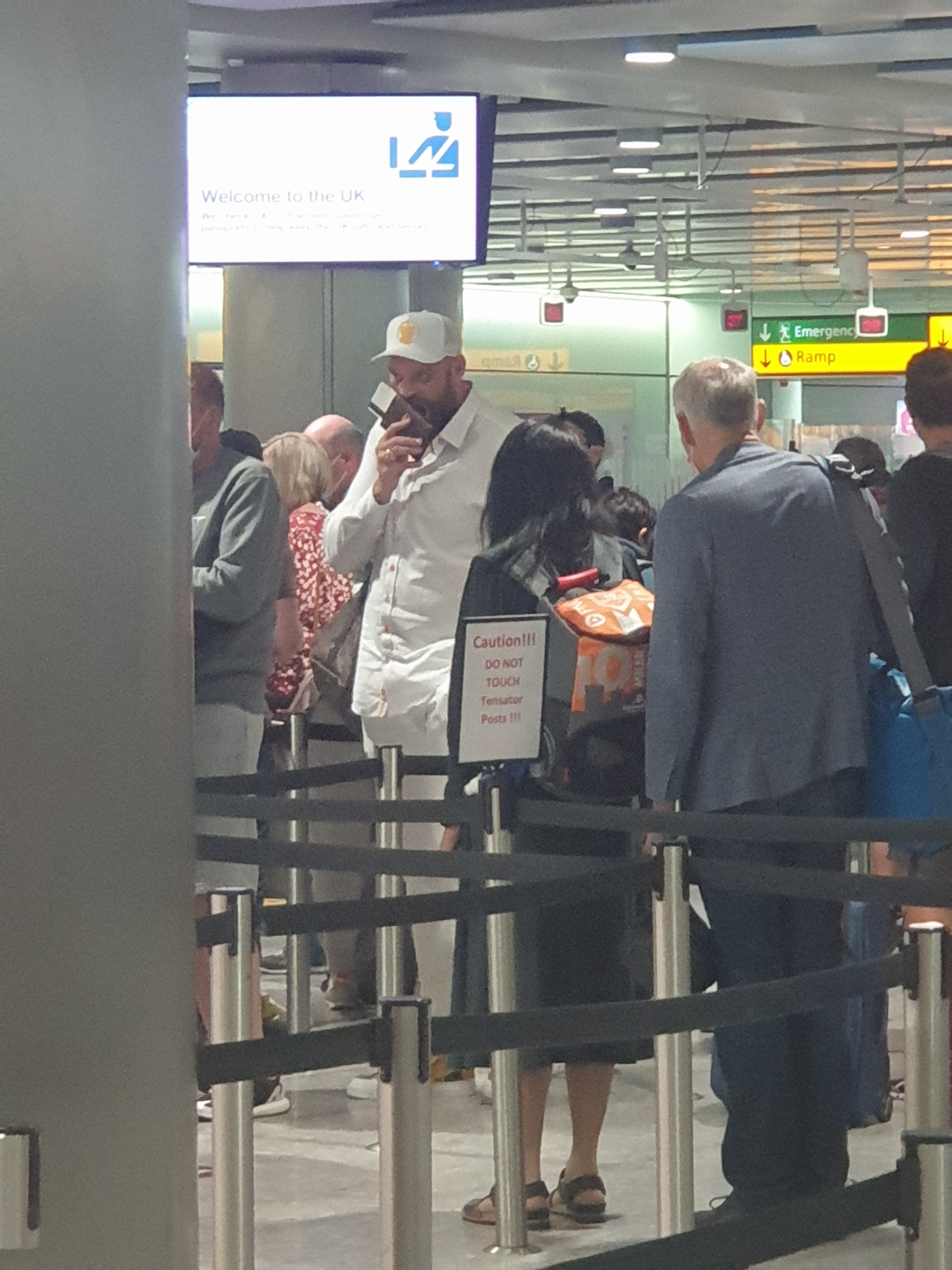 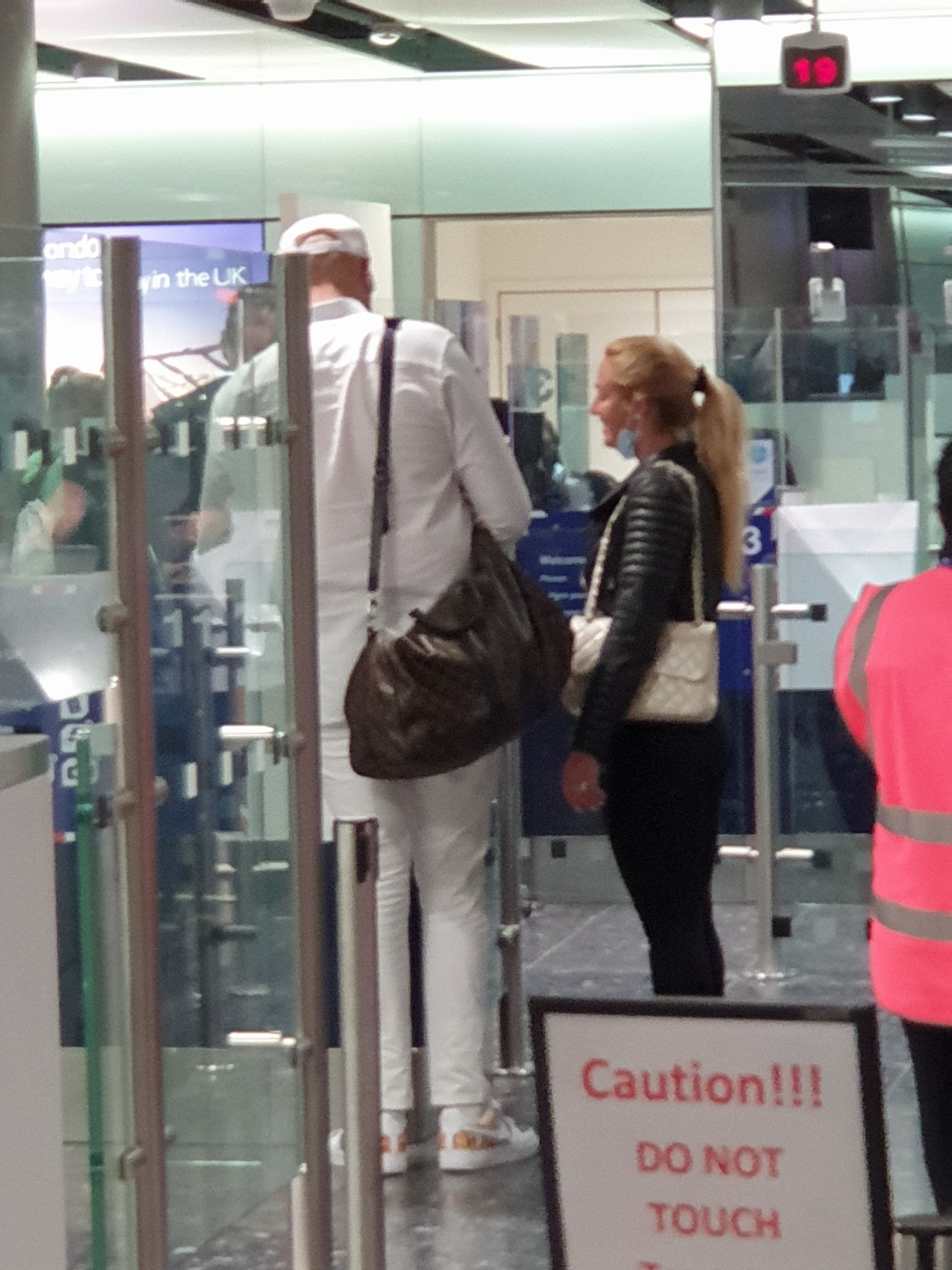 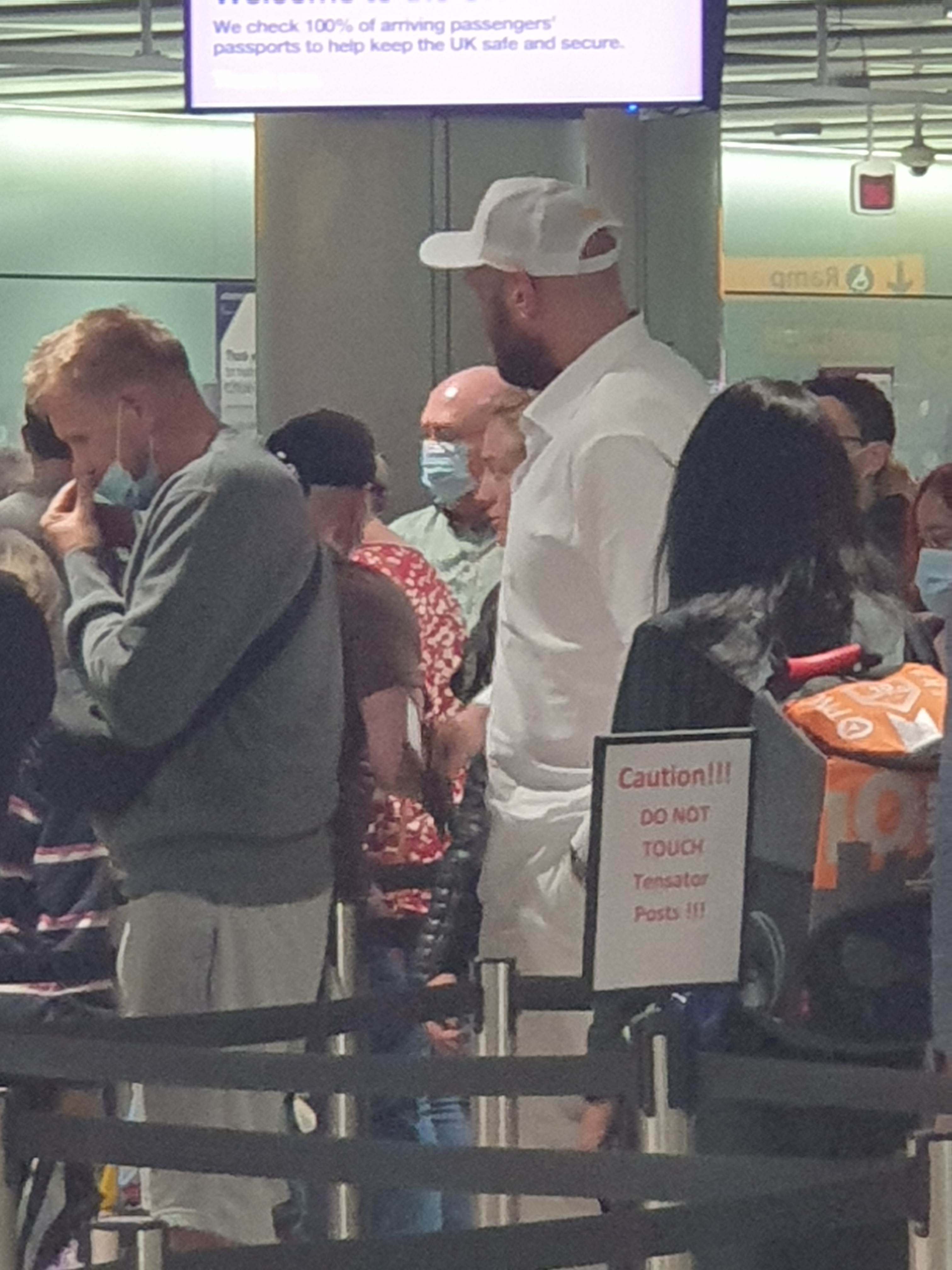 Afterwards, Fury spent the night and following day celebrating the heavyweight thriller with his family and friends.

But he then travelled back home with his entourage, landing at Heathrow T3 from a flight believed to have been from Atlanta.

Fury touched down around 11am, and was pictured by SunSport queuing up at passport control while yawning with the affects of the gruelling 11 rounds there to see.

Ever the people's champ, the father-of-six lined up like everyone else, proving he needs no special treatment.

Fury three times floored Wilder, twice picking himself up from the canvas too, before scoring a stunning knockout with just a round to go.

He enjoyed the win in style, partying with brother Tommy and wife Paris, while dancing on stage with DJ Steve Aoki.

But after the dust settled, it was time to come home for Fury, who enjoys the local life in Lancashire.

Paris posted a picture with the heavyweight icon on what appeared to be a lunch date, as they prepared to head home to their adoring children.

She wrote on Instagram: "What a night . . . what a fight! The last 48 hours have been epic and I'm still on cloud nine.

"It meant everything to be there with Tyson, he's worked so hard for this and he brought it home like the great champion he is!

"It won't be long till We’re back to reality and the school run but for now this is definitely one of the highs of being a boxer's wife.

"And not long till Love and Fury (Paris's book on life with Tyson) is out too."