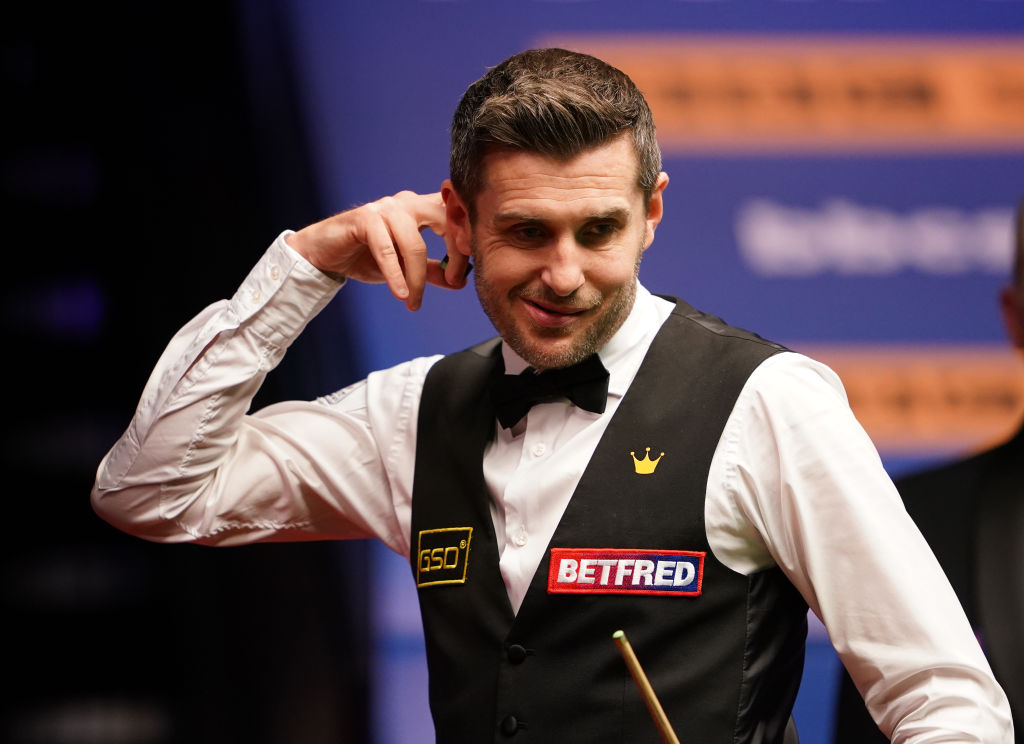 The opening round of the UK Championship has not been short of entertainment on and off the table, with huge shocks, high quality and controversy swirling around.

Neil Robertson and Shaun Murphy have both been dumped out by amateur players, and that has not gone without comment, while Gary Wilson has fired in a maximum and Thepchaiya Un-Nooh equalled the record for centuries (5) in a best of 11 match.

Three-time UK Championship semi-finalist, and now top class pundit, Alan McManus has had a look at who has caught his eye over the first three days in York.

Away from the flashiest scoring, it was an impressively solid performance that McManus enjoyed more than most.

‘I’ve not seen all of it, but one match I did see, I thought Mark Selby looked superb,’ McManus told Metro.co.uk of Selby’s 6-2 win over Ross Muir. ‘I saw most of the match and he made two amazing clearances in the first couple of frames, got dragged back, but after the interval I thought he played magic.

‘When you can play as well as that after a couple of long frames, he just got back on it and he was really impressive. He looked really good and has done for a while.’

While Thepchiaya’s 6-1 demolition job of Stephen Hendry was absolutely amazing, McManus knows there is no guarantee he will perform in the next round, although he will be watching when he takes on equally attractive cueiest Zhao Xintong.

‘Obviously Thepchaiya’s been quite good hasn’t he? Not bad,’ Alan laughed. ‘Stephen’s run into a couple of freight trains but that’s just the modern game.

‘It’s an old saying, actually its not, it’s one of my sayings, but give me the guy that played well yesterday.

‘It’s a brilliant match, I’d be interested to watch to see if Xintong’s been mixing it up a little touch, rather than a complete slug fest which I expect it will be. I’m looking forward to that one, I think everyone will want to see it.

‘I like watching all types of snooker, I thought Mark Selby was superb like I said, but it’ll be good to see the two gunslingers going at it just for pure entertainment value, there won’t be many safety shots.’

Angles has been keeping an eye on one of the hottest prospects in the game as well, 18-year-old Wu Yize, who beat Lu Ning 6-3 in round one.

‘The other result I was pleased to see, not because I wanted someone to not win, but Wu Yize, it was good to see him get another win,’ he said. ‘He’s had a really good run. That was really impressive, he’s progressing nicely.

‘I kind of half tipped him to do well at the start of the season and it’s good to see that potential coming to fruition.’

Ronnie O’Sullivan kicked off his campaign with a 6-3 win over Michael White and the former Masters champ thought he showed a demeanour that could see him go far.

‘He looked pretty focussed, which is probably a good sign for him over the next week, week and a half if he goes deep,’ said Alan. ‘He looked switched on round the table, very alert. He’s going to be a big threat, of course he is. I thought he looked very good.’

As for a tip for the tournament, McManus sees the trophy being lifted by one of the big names, although picking one of them is far from easy.

‘It’s a lucky dip,’ he said. ‘Who do I think’s going to go deep? Judd’s going to take a lot of stopping, that’s very obvious to say. He looked particularly strong last week though and the fact he lifted silverware [at the Champion of Champions] will probably make him play even better than he was doing. 5 or 10 per cent better.

‘Mark Selby looked superb. Super assured, didn’t panic at any stage, took a grip of the match, his whole game looked in tune.

‘Selby is the one I saw most of and something about him looked right to me. Judd will be super dangerous though.’

One big name going under the radar is 2019 champion Ding Junhui, who began with a 6-2 win over Zhang Anda and Angles can see the Chinese superstar going far.

‘Ding had a good result,’ said Alan. ;I don’t know if he’s under pressure, but he could do with a deep run.

‘I don’t know if he suffers from pressure of having to get results, if anything it might help him. He might think, “right let’s do something about this.” When the top players really have to do something about maybe dropping out of the 16, they put some wins together, like Robbo did a few years ago. I’d expect Ding to have a good run. Let’s hope he does, it would be good to see him go deep.’

The debate over amateur players competing in professional events has dominated the tournament so far and McManus can see where Shaun Murphy was coming from with his comments, absolutely not believing that the Magician only spoke out just because he lost the match to Si Jiahui,

‘Shaun’s said it after he’s been beaten, but he’s got a point,’ said the Scot. ‘The way that social media works now, top players especially are not allowed to complain about anything.  He’s got a point but what other way is there round it? 122 players, you need a top up to 128, what are you going to do?

‘Shaun’s saying that the guy is not playing for any ranking, and of course that helps. But the flipside, you’re playing on the main table, the experienced player would in theory have the advantage. Shaun’s playing with a bad injury, back trouble, that’s not much fun. People will have opinions one way or t’other, I don’t have a huge opinion on it, it’s just the way it is.

‘Shaun’s anything but a sore loser, it’s nothing to do with that, that’s absolute bunkum. Shaun’s got a view that amateurs shouldn’t be playing pro events. He’s got a point.’