ANTHONY JOSHUA gave a moving speech in front of the Royal Family at Westminster Abbey about his heritage to celebrate Commonwealth Day.

The Watford-born boxing world champion, 30, was speaking about his Nigerian roots to celebrate in front of the Queen at Westminster Abbey. 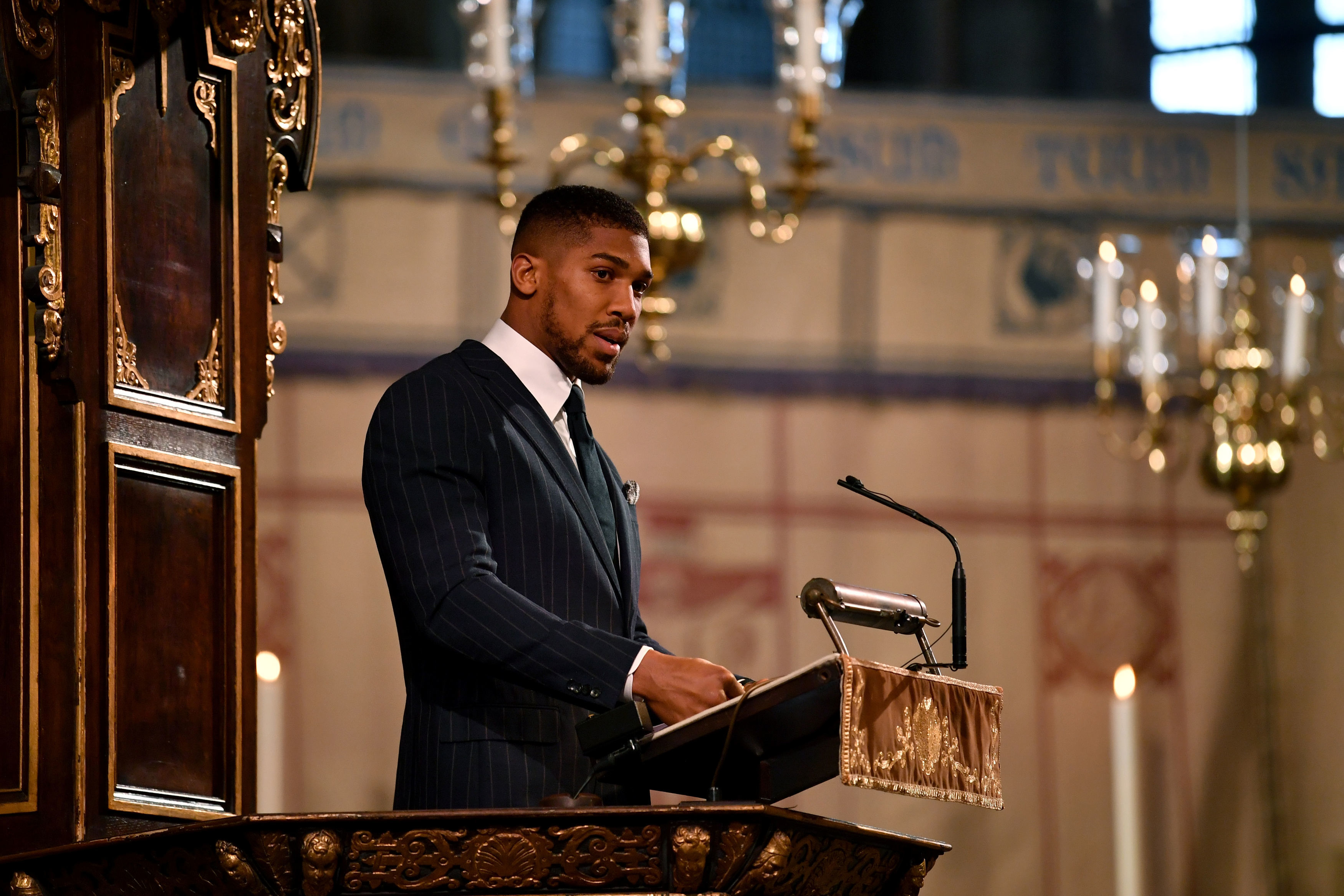 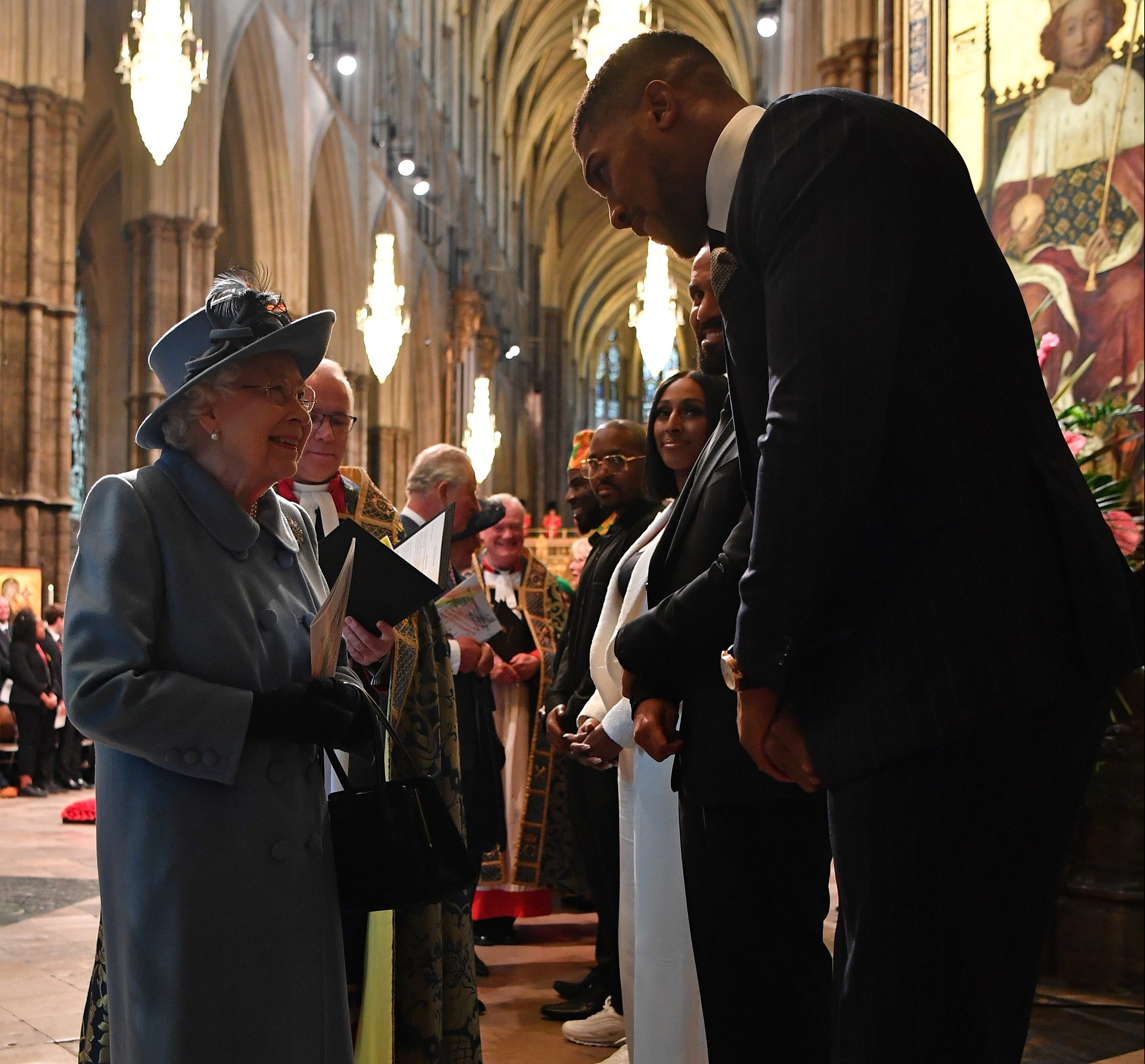 Fans were moved by Joshua‘s kind, positive words – with one saying he should “be proud” of his wonderful speech.

Addressing the crowd at Westminster Abbey, Joshua said: “My name is Anthony Oluwafemi Olaseni Joshua and like many of you here, I’m a child of the Commonwealth.

“I was born in Watford and my heritage is Nigerian.

“I come from the Yoruba people who are the largest and some might say the loudest ethnic group in all of Africa.

“I join a long line, perhaps too long to count, of UK citizens of Commonwealth origin who’ve made enormous contributions to this great, multicultural society of ours.

“In my world, that would include names such as Joshua Buatsi, Lawrence Okolie and Ramla Ali.

“Like me, so many children of the Commonwealth have two homes, two identities, two cultures and two ways of viewing the world. Some even have more than two.

“These days we hear so much about division and difference that some might be tempted to see that as a bad thing.

“But on the contrary, it’s a beautiful thing, a thing to be celebrated and cherished – and a great source of peace and stability.”

Joshua continued, by saying we – as a society – must work harder to move forward as one, removing all sense of division across the Commonwealth.

AJ continued: “I feel opportunity should be there for the taking along with hard work, dedication and perseverance regardless of one’s background.

“We need to strive harder collectively in order to create unity.

“It takes a village to raise a child and in the same vein it takes a whole community to stand together to tackle some of the challenges we are confronted with today.

“In the same way boxing gave me the opportunity and framework to become Olympic champion, Commonwealth champion and now heavyweight champion of the world.

“I ask myself, ‘what does the Commonwealth really mean?’

“The second part of that word is key for me – a united, common future could create opportunities for our Commonwealth cousins.

“So, here’s to fish and chips and egusi soup and pounded yam, to the UK and Nigeria and to the children of the Commonwealth.”

Following his heartfelt speech, Joshua was seen conversing with the Queen – with fans quick to take to Twitter to pile praise on the champ. 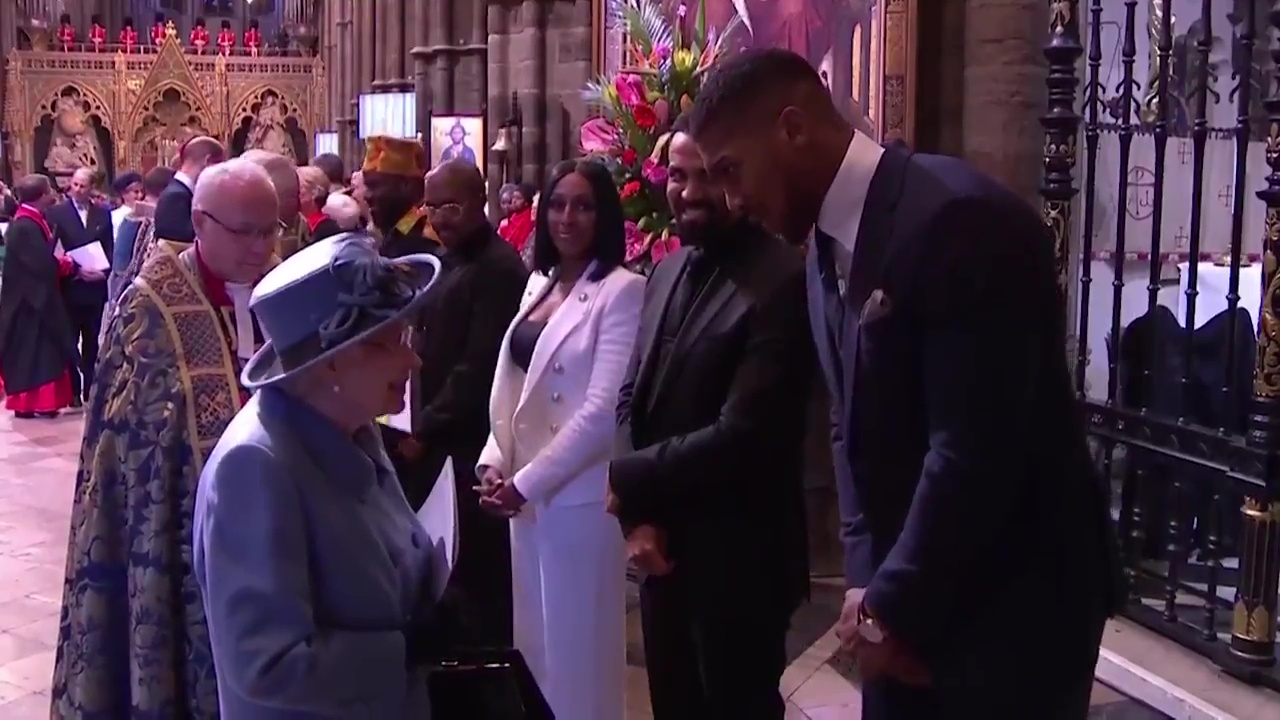 MOST READ IN BOXING

ED IN THE GAME

One wrote: “@anthonyfjoshua really nailed what it means to be part of the #Commonwealth”.

Another joked: “I didn’t think it was possible for me to love Anthony Joshua anymore but apparently I was wrong.”

A third added: “@anthonyfjoshua… Well done on an excellent speech, beautifully delivered at the #CommonwealthDay Service. Be proud of yourself.”

One said: “@anthonyfjoshua spoke some hard and real truth.”