AARON RAMSDALE produced a save of the season contender in the North London Derby with a spectacular flying tip on to the crossbar.

The Arsenal goalkeeper launched himself in the air to deny Lucas Moura in the 90th minute. 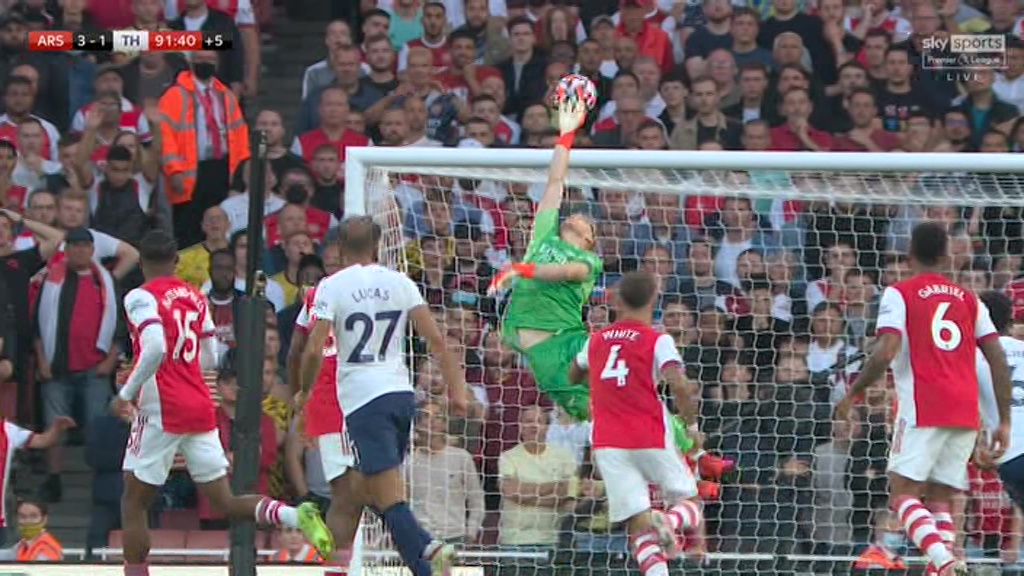 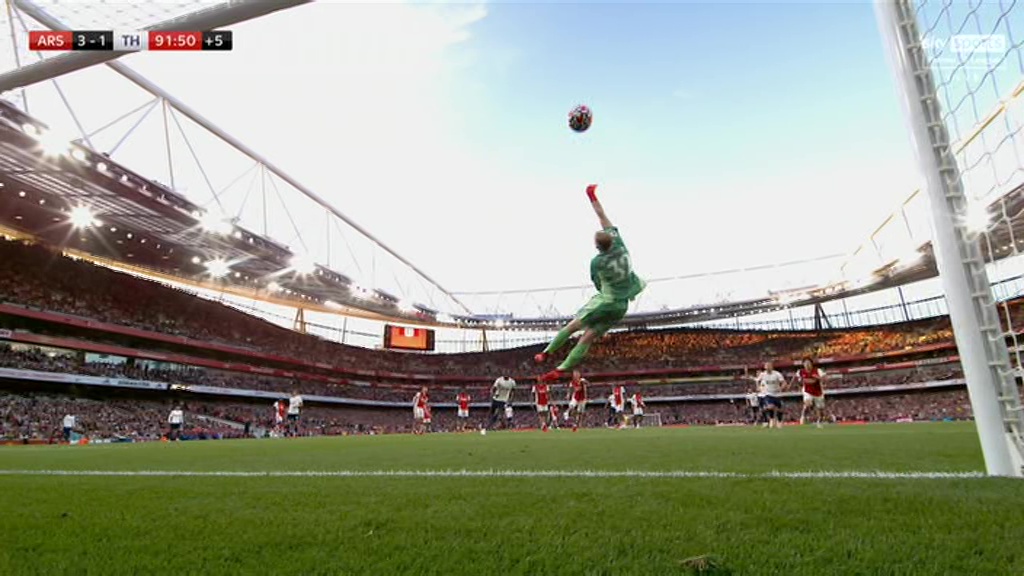 Moura had worked some room on the edge of the area with his Spurs side 3-1 down heading into injury time.

His strike took a wicked deflection off Ainsley Maitland-Niles and looped upwards over the keeper – who got the nod ahead of Bernd Leno.

Ramsdale looked to have no chance of stopping it, but somehow managed to get a fingertip to the ball and push it against the woodwork.

It then bounced back into the penalty area.

Luckily Gunners right-back Takehiro Tomiyasu was the first to react and played safe, giving away a corner.

Unsurprisingly, there was plenty of love for the £30million summer signing's stunning stop – with a fair few fans on Twitter serving up a large slice of humble pie.

One fan wrote: "Aaron Ramsdale has won me over very, very quickly. What an absolutely superb goalkeeper. He’s been virtually flawless since he came into the team.

"Tomiyasu consistently on the ball in terms of sweeping up after Ramsdale’s saves, too. Very promising signs from this backline."

Another said: "Aaron Ramsdale, take a bow. Number One Secured."

A third commented: "Aaron Ramsdale with one of the best saves I have ever seen to keep Arsenal above Spurs. Unbelievable. This will become a classic."

And a final user simply added: "World class from Ramsdale."

Ramsdale was beaten, however, for the first time in an Arsenal shirt this afternoon.

Son Heung-min grabbed a consolation at the Emirates with 11 minutes to go.

His right-footed strike was simply too hot to handle, with Ramsdale only able to push the ball into the top corner.

But it proved too little too late for Spurs as they fell to a 3-1 defeat.

Emile Smith Rowe, Pierre-Emerick Aubameyang and Bukayo Saka all hit the net in a rampant first half from the Gunners.

And Auba even celebrated his tidy finish by coping Thierry Henry's iconic knee slide across the turf.

Henry was in the crowd, sat alongside Spotify billionaire and wannabe Arsenal owner Daniel Ek, who made a £2billion bid to buy the club in April. 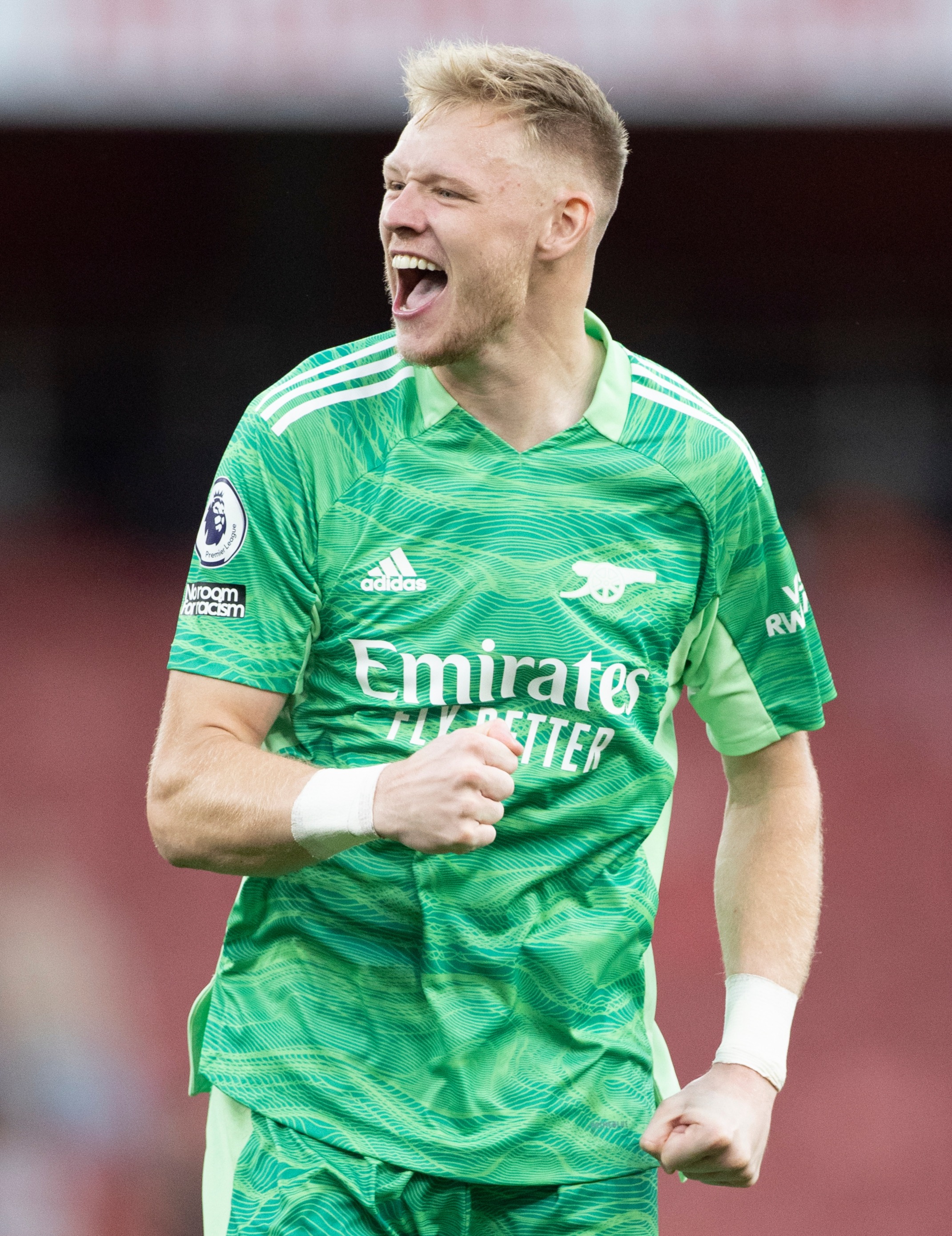 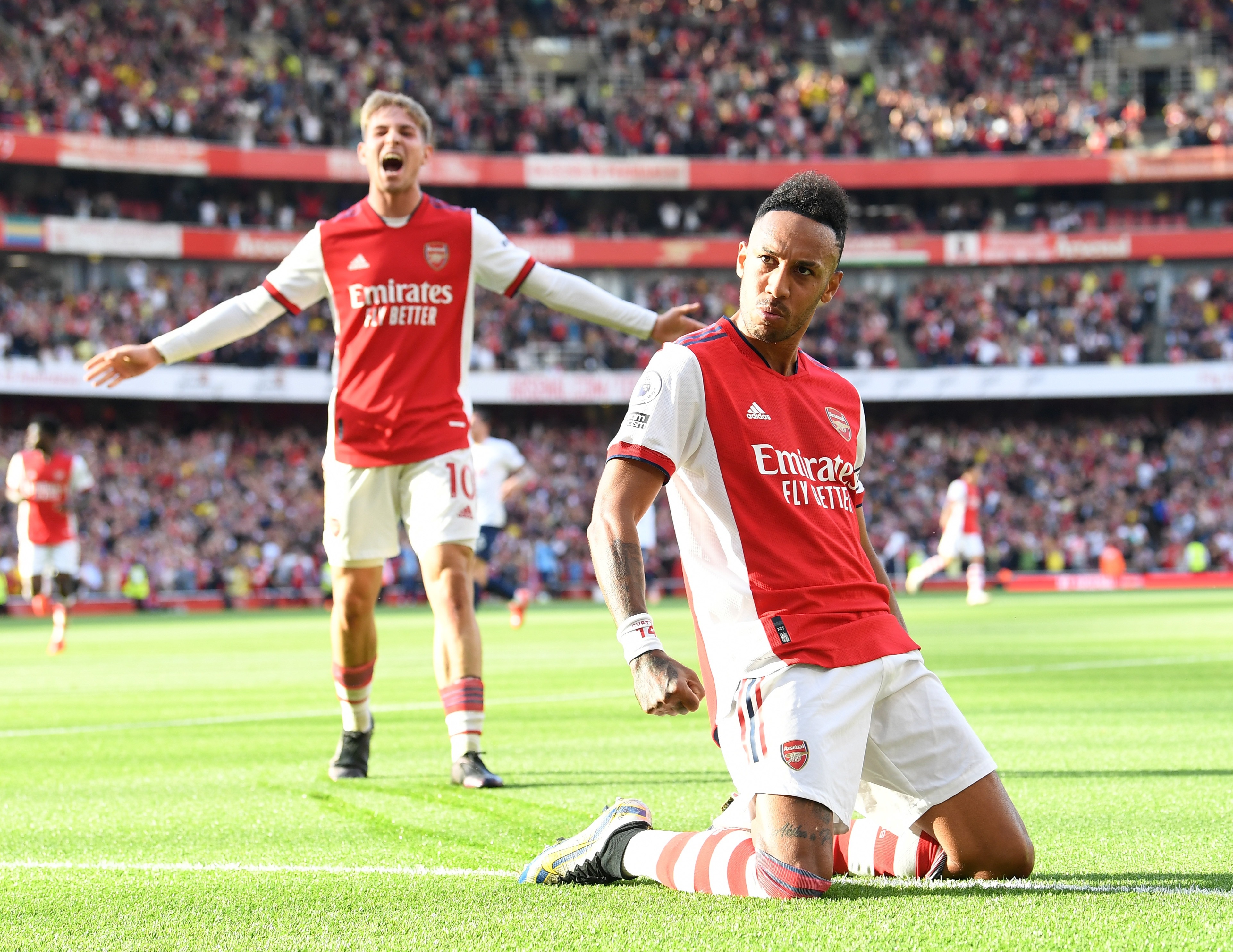