ROBERT LEWANDOWSKI was all smiles as he linked up with his new Barcelona team-mates during their pre-season US tour.

The 33-year-old striker finally completed his switch to the Catalan giants on Sunday after months of wrangling with former club Bayern Munich. 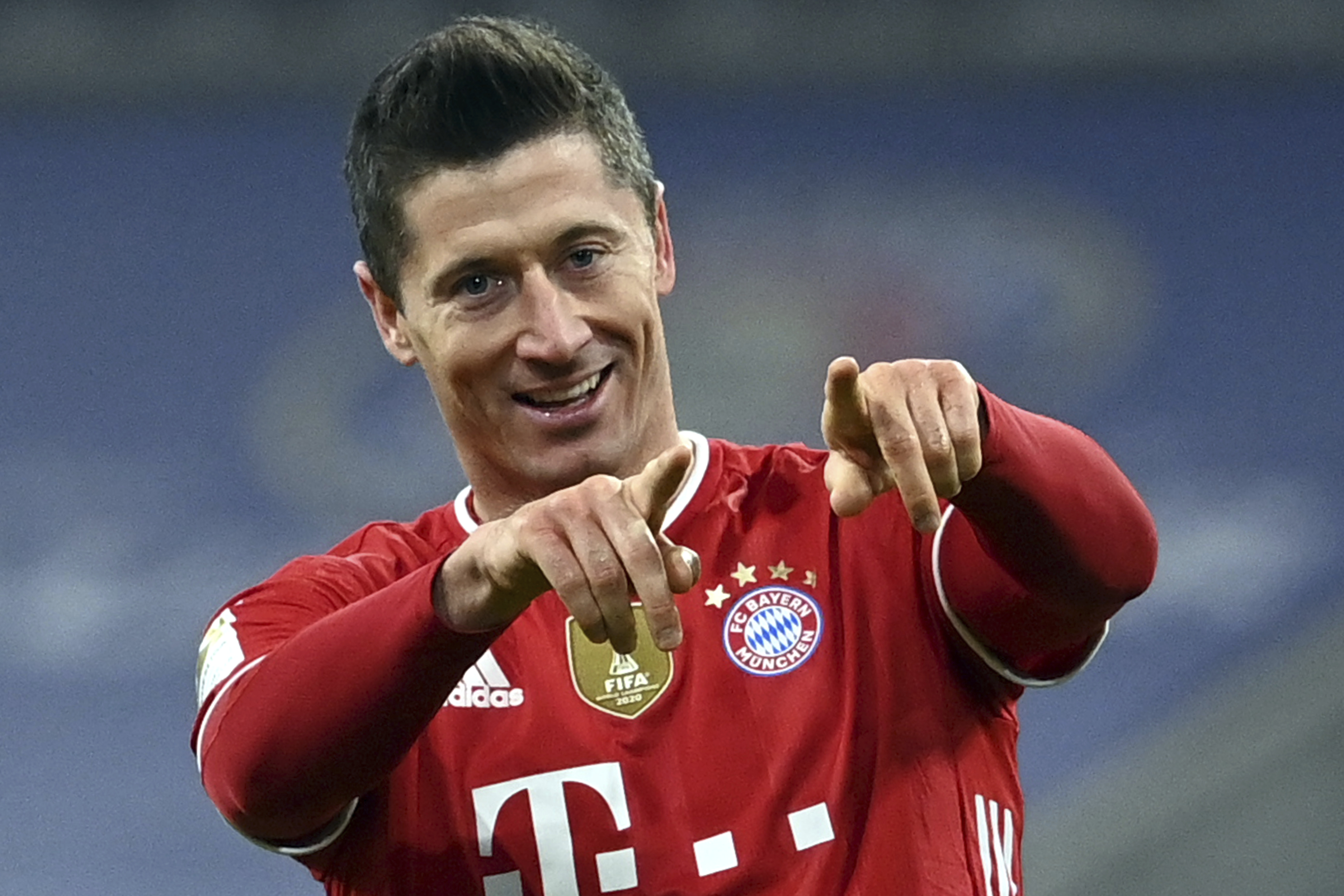 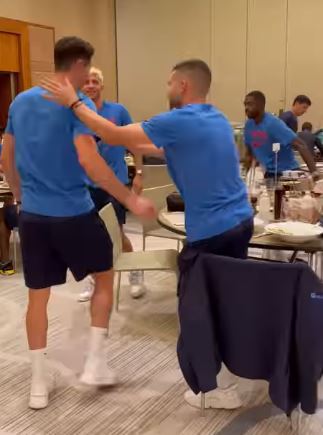 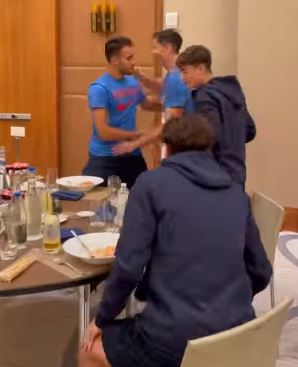 The Poland international was so eager to join the Blaugrana, he slashed his wages by 25 percent to ensure the transfer went through.

But the rapid completion of the transfer meant Lewandowski wasn't able to say a proper goodbye to his Bayern pals of the last eight years.

Only the club's boss Julian Nagelsmann was around to see Lewandowski off at Bayern's training ground before he flew to America.

And he was clearly delighted when he greeted his new team-mates and Barca president Joan Laporta as they dined in the States, in a post on the club's Instagram.

His energy was reciprocated by Barca's vast array of stars who warmly embraced Lewandowski as he worked the room with a beaming smile.

Among the Blaugrana collective was Chelsea target Ousmane Dembele who recently signed a contract extension with the club which includes an £85million release clause.

The winger was high on the Blues' wishlist this summer, as was Lewandowski.

The Blues were also chasing Brazilian winger Raphinha who will play alongside Lewandowski at the Nou Camp next season.

Raphinha signed for Barca last week from Leeds for £55m after rejecting the advances of Chelsea and Arsenal.

He revealed it was a dream come true to join the club upon the transfer's completion.

Barca have also snagged Franck Kessie and Andreas Christensen this summer as they look to return to the summit of Spanish football next term.