MARCOS ROJO was sent off a quarter of an hour into the Superclasico for two yellow cards in two minutes.

The ex-Manchester United defender, 31, is never far from a moment of madness on the football pitch – or indeed off it. 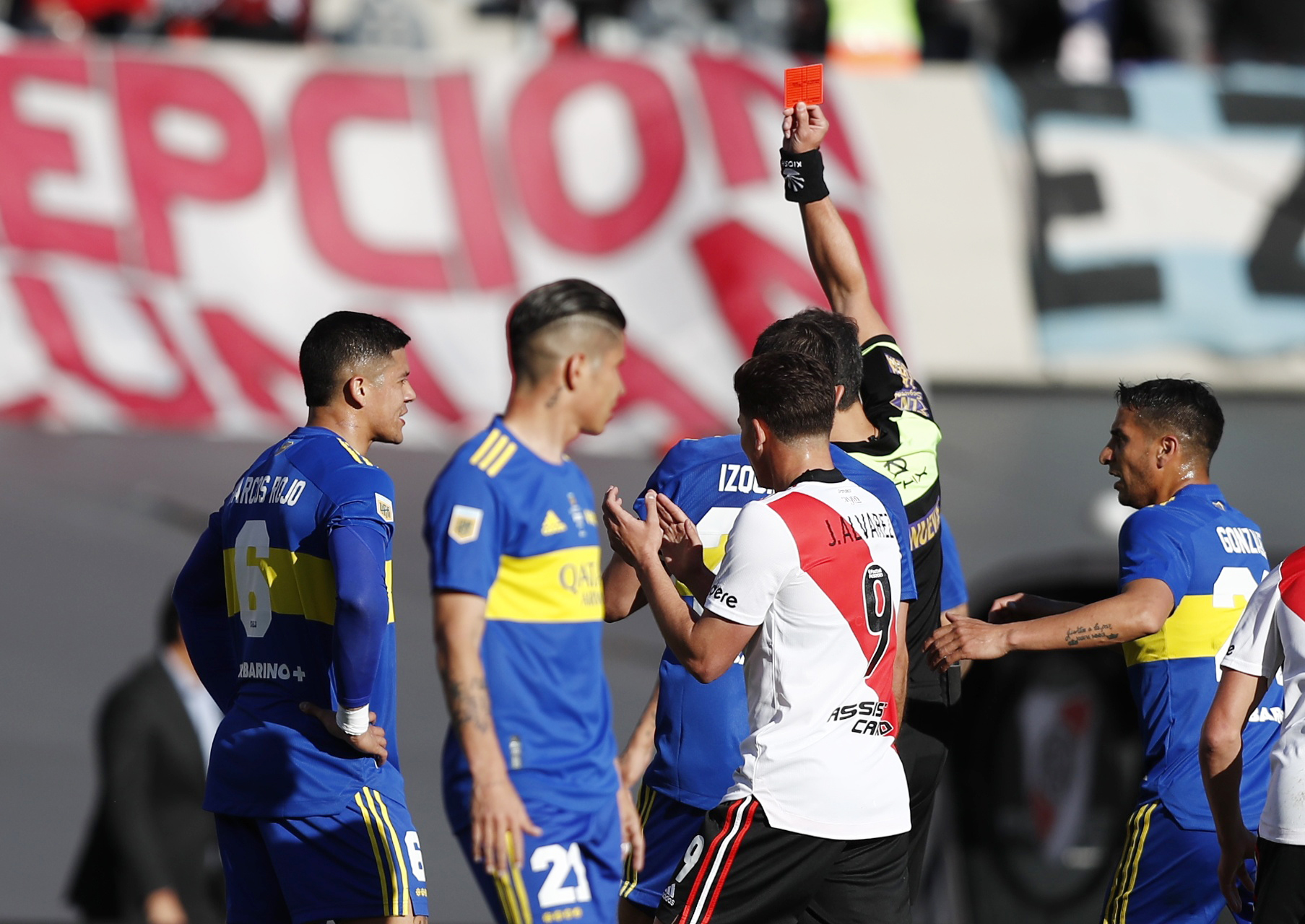 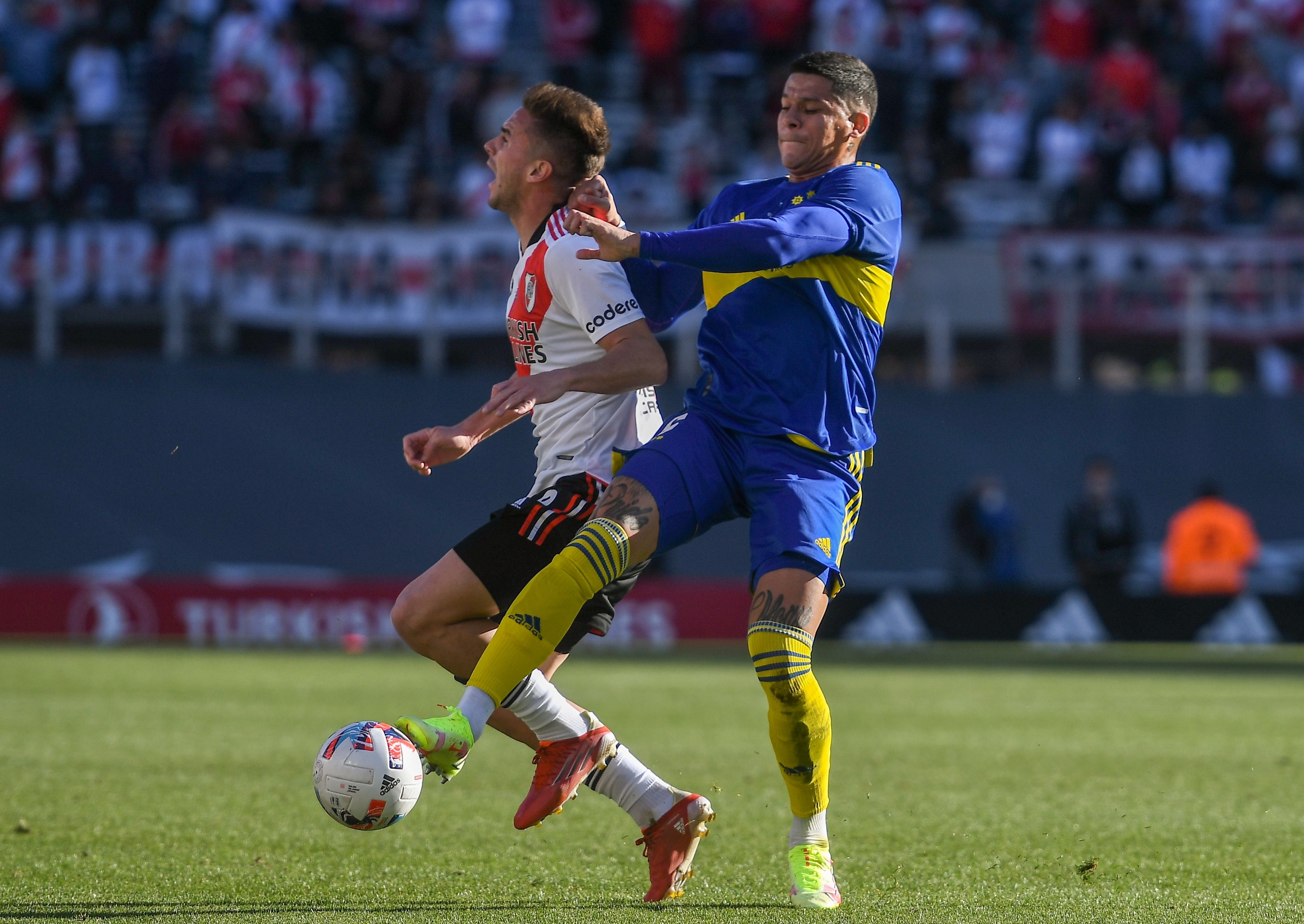 He has already given his face mask to a young fan and attacked security before grabbing a fire extinguisher in a separate incident since February transfer from Old Trafford.

And he proved it once again with his meltdown as his Boca Juniors side lost to River Plate on Sunday.

With 15 minutes on the clock, he clattered through Braian Romero to stop the striker's attacking run for a blatant booking.

And then a minute later, Rojo needlessly bundled into Agustin Palavecino when the playmaker collected the ball from a throw-in.

The referee deemed the foul worthy of another yellow card and duly sent the Argentine centre-back off – with 75 minutes left.

His team-mates protested the decision but their complaints fell on deaf ears as they were forced to play the remainder of the match a man down.

And ultimately it proved a task too great.

Rojo was sent off with score 0-0 but nine minutes later, the deadlock was broken.

He showed great footwork to skip past two defenders then unleashed a smashing strike from long range that dipped under the crossbar.

River Plate should have extended their lead after the break but could not find the net.

But the defeat – not helped by Rojo's stupidity – leaves the Buenos Aires giants ninth in the league, nine points adrift of rivals and leaders River Plate.

Supporters were allowed back into stadiums in Argentina on Friday after 18 months of empty arenas due to the pandemic.

Only those who had received at least one dose of the vaccine were permitted to attend games and the maximum capacity was limited to 50 per cent.

However, a judicial official told Reuters an investigation would be launched because attendant figures were reportedly between 53,000 and 57,000 – way more than the 36,000 allowed in the 72,000-seater stadium. 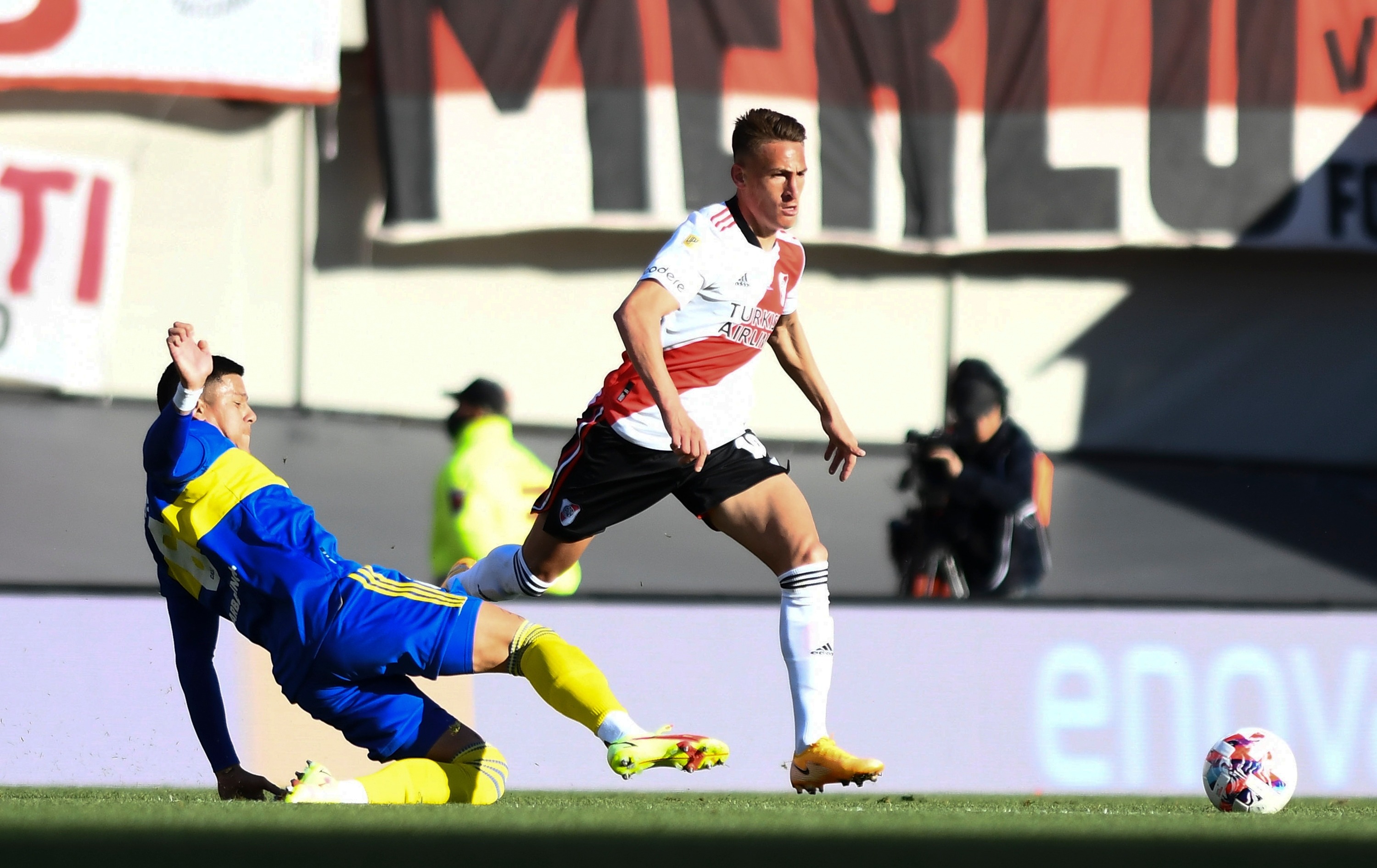 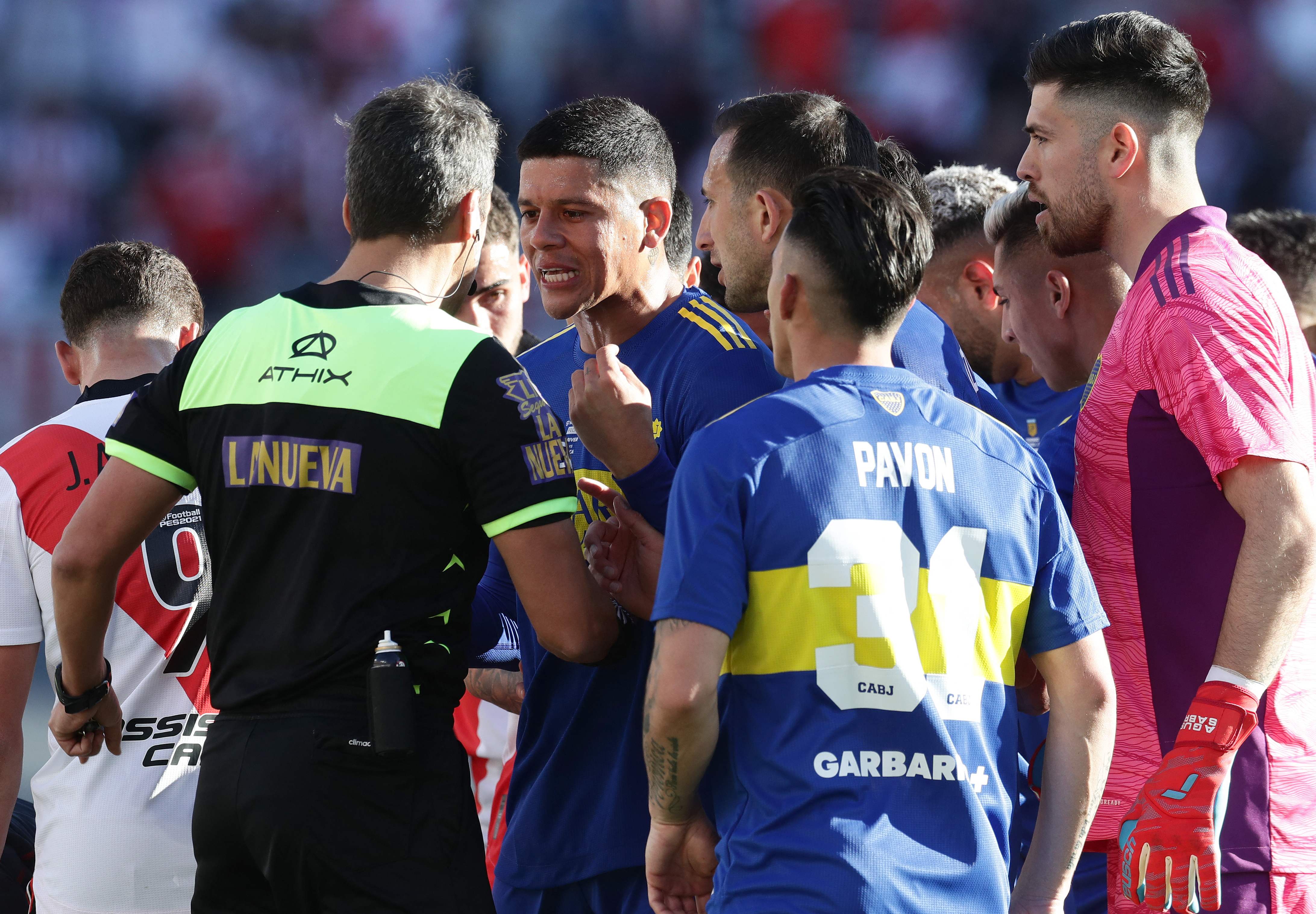