AN amateur golfer bagged one more birdie than he was hoping for after being attacked by a SWAN as he sank a putt.

The curious beast popped up just as the player feathered a five-footer into the hole while playing in the US state of Georgia. 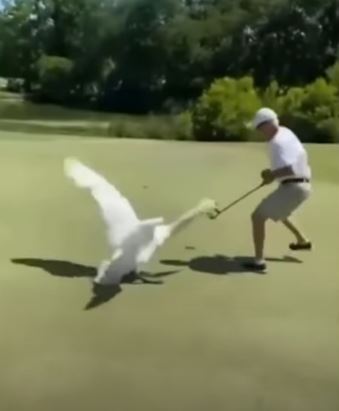 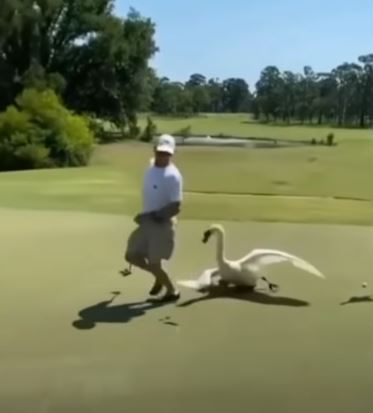 Just as the ball settled in the hole, the swan stuck his beak in with intent.

The man jumped backwards but found himself on the end of a barrage of furious snaps from his aggressor.

He was forced to duck out of the scene and take cover behind a group of pals watching off to one side.

According to TMZ, the swan is a notorious visitor to the ninth hole of the course as it lives in a nearby pond.

And it is certainly not the first dangerous animal to prove a considerable obstacle on a golf course.

Huge alligators have been spotted at clubs in Florida and one even got up close to Rory McIlroy earlier this year.

A more adorable baby alligator strolled across the fairway at this month's US PGA in South Carolina.

But there was nothing cute about a crocodile that savaged a barramundi on a course in Australia not long ago.