TYSON FURY has amped up his Las Vegas training camp ahead of his summer showdown with Anthony Joshua with a little help from fellow Brit star Josh Taylor.

The Gypsy King, 32, is currently in Sin City perfecting his craft after of the upcoming heavyweight unification fight with AJ. 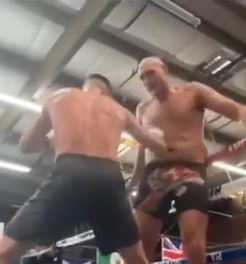 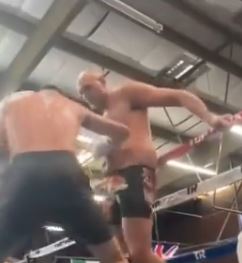 And on the agenda for Wednesday was working on his 'abs of steel'.

Fury stepped into the ring with WBA and IBF super-lightweight world champion Taylor.

The Scottish star, 30, himself is preparing for his unification fight with Jose Ramirez on May 22.

As part of their session, Taylor rained down a series of heavy hits into Fury's core.

Barely budging, 6ft 9in Fury absorbed every punch the Scot threw his way.

Earlier this week, Fury vowed to 'f***ing smash' Joshua in the first of their two all-British clashes.

The chiselled Morecambe star roared: "You're getting smashed motherf***er.

"Look at me when I tell ya, you're getting f***ing smashed."

Betting special – Get £140 in free bets on boxing showdown 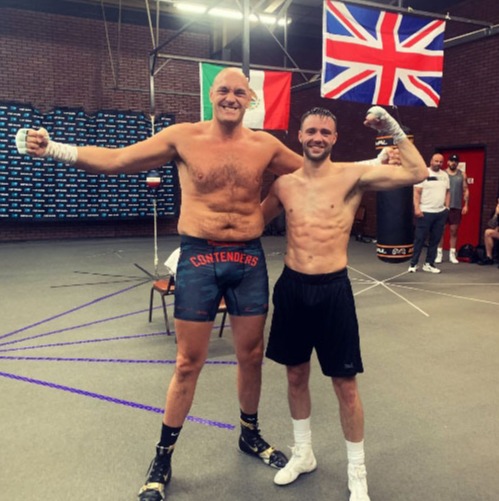 Despite looking in superb shape, Fury has mixed work with pleasure, as he visited a gun range.

Posing with a machine gun, he posted: "Only in America. Living the American dream."

Joshua, 31, and Fury finally agreed to fight each other in March, with promoters now left to agree a date and venue.

Both champions have agreed a site deal, believed to be Saudi Arabia, with August 7 the potential fight date. 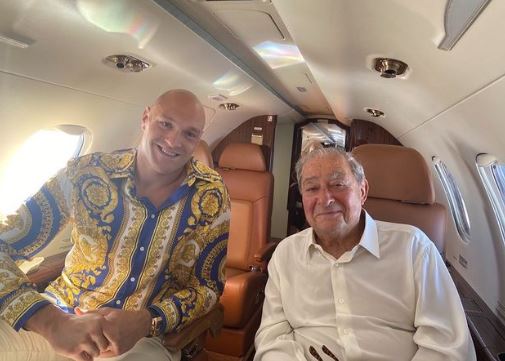 Fury confirmed he will be ringside to watch his close friend Saunders after borrowing 'motherf***ing don' Bob Arum's private jet to fly to Arlington.

And there, Hearn and the Gypsy King could confirm the summer unification.

Hearn said: “Hopefully we can announce the big one out there as Fury will be there.

“It would be amazing to announce that before or after the fight as it’s a massive show.”