Hannah Cockroft’s hotel room in Tokyo looks out on a theme park, with rollercoasters and log flumes, tantalisingly out of reach for the Paralympic thrill seeker.

The challenge for Cockroft is simple – get her kicks from going fast on the track.

“When it goes right, it feels like flying,” said the five-time Paralympic champion.

Whenever the 29-year-old races, history is made. She broke three wheelchair racing world records in a day in May, meaning she holds all five from 100m up to 1500m.

Cockroft’s wheels had barely touched Tokyo tarmac before she was breaking new ground in training, suggesting her own T34 records are under threat over 100m and 800m.

“I hit a new top speed on the track the other day,” said Cockroft, who recorded 20.2mph.

“That’s a massive confidence boost. Nathan [Maguire, partner and fellow wheelchair racer] and I train together every day and I’m getting closer and closer to beating him.”

In a parallel universe, Cockroft became the first British athlete to race at the Olympic Stadium in 2019, alongside Usain Bolt at a grand opening in front of a 60,000 crowd.

The Tokyo track is one of the fastest in the world – you only needed to watch one session of the Olympics to work that out.

“It’s an incredible track,” said Cockroft. “It will be empty, which is sad, but I think we’re going to see some really fast times for wheelchair racing. Hopefully they’re mine but if not mine, someone else’s.

“I expect records to tumble everywhere. People have used the extra year’s training to their advantage, so we’re going to see some amazing, amazing things.” 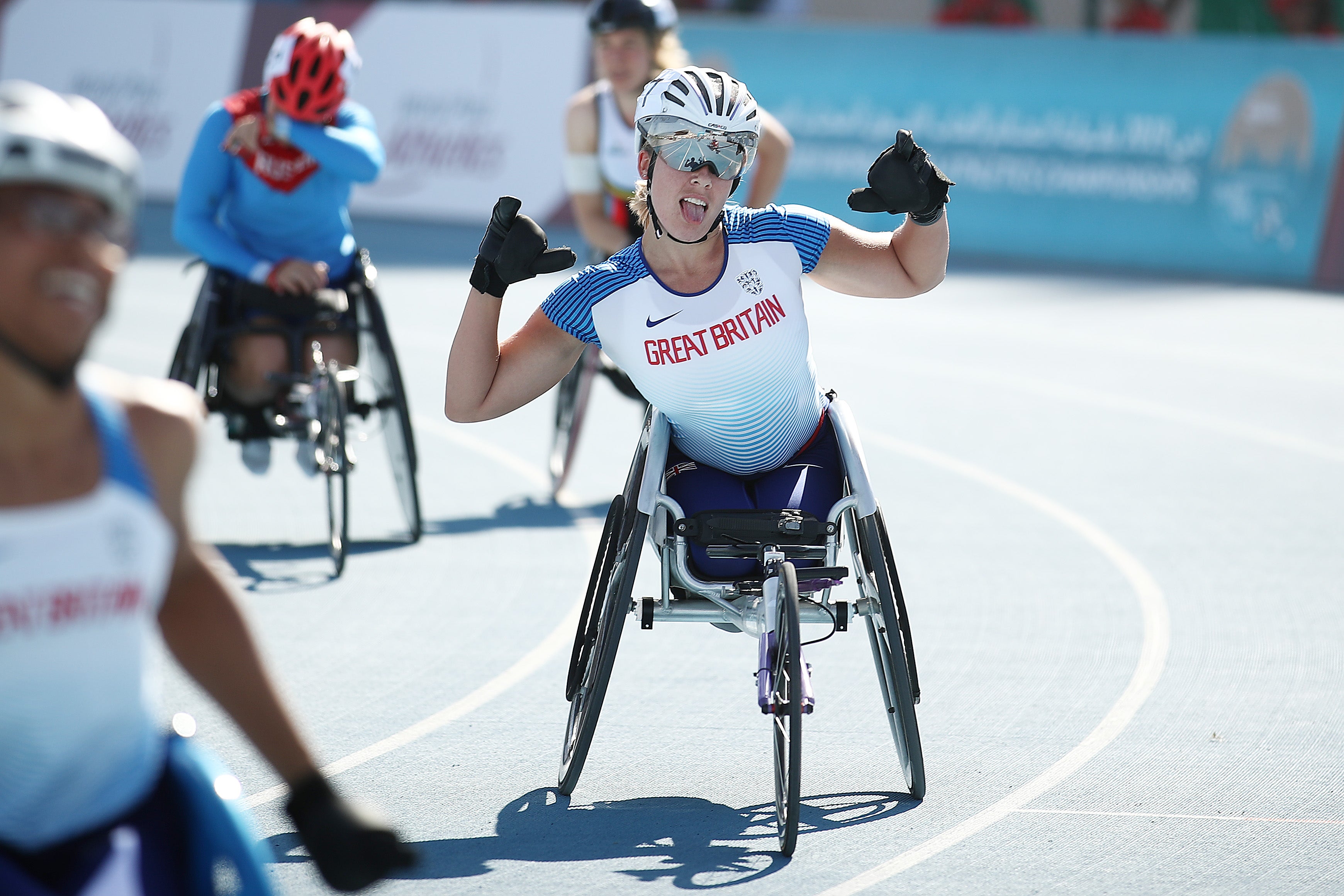 Cockroft is a five-time Paralympic champion

Times are one thing, but this quick-witted west Yorkshire native has medals on the mind. Defending her Paralympic 100m and 800m titles are the priorities.

“I always try to remember that it’s so easy to get caught up in wanting to get to a specific time. You just need to let the process happen.

“What I’m here for is the gold medals. I’ve spent all year doing rapid times and breaking world records, so that job has been done. I just want to get that ribbon around my neck now and get on that podium.”

Only one T34 racer has ever beaten Cockroft – her long-time rival and compatriot Kare Adenegan, who has done it three times and will loom large again in Tokyo.

Indeed, there is a live chance of a British podium sweep in the 100m, with Paralympic debutant Fabienne Andrew fancied for a medal.

Cockroft said: “I think it’s fantastic, it’s awesome we’re bringing through such strong girls. Kare and I have had a rivalry for quite a few years now, that’s nothing new. Fabs is still new on the scene.

“Hopefully it inspires other nations to bring their own girls through, so we can beat them all.”

Cockroft at the London Stadium in 2017

For a sponsor, Cockroft seems the full package. She has an appearance on Celebrity Bake Off under her belt and has made early forays into football punditry with BT Sport at the recent FA Disability Cup.

But no kit sponsor has ever offered her an individual deal and T38 sprinter Sophie Hahn, signed to Nike, is one of precious few para-athletes to have one.

To say the situation sticks in Cockroft’s craw is an understatement.

“It’s pretty frustrating,” she said. “For me, having a kit sponsor is the epitome of being an athlete. It’s the thing you want and I still don’t have it.

“We are slowly inspiring more and more young people into the sport, but it’s hard if they don’t have an incentive. It’s very frustrating and it’s a battle we keep having fighting.

“I’ve come to realise that a kit deal doesn’t make an athlete, we can still make people love our sport whatever we’re wearing.”

No one does more to support our Olympic and Paralympic athletes than National Lottery players, who raise around £36m each week for good causes including grassroots and elite sport. Discover the positive impact playing the National Lottery has at lotterygoodcauses.org.uk and get involved by using the hashtags: #TNLAthletes