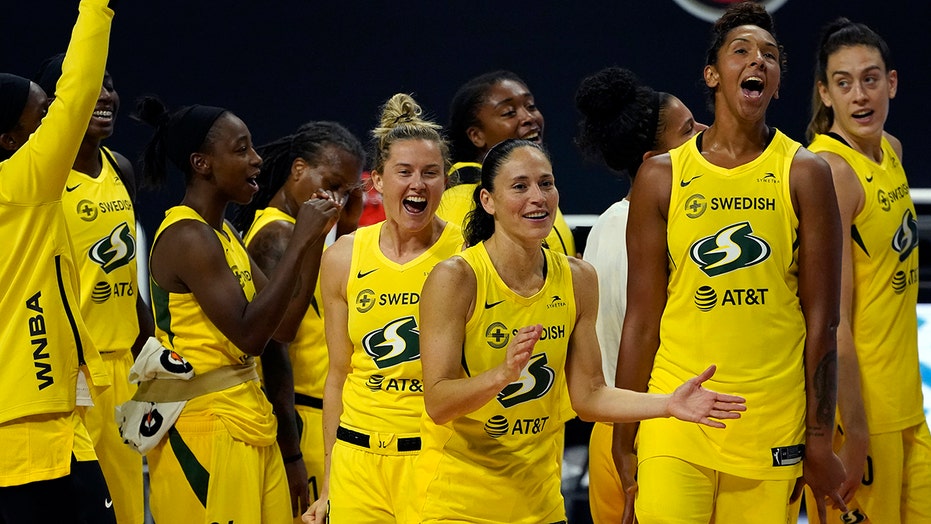 In a rare move for a sports team, the WNBA's Seattle Storm formally gave their support to the 2020 Democratic ticket of Joe Biden and Kamala Harris on Wednesday.

The league's reigning champions posted a photo of the two candidates on their team-branded Twitter account, urging fans to support them and vote ahead of the upcoming presidential election.

"Join us in support of @JoeBiden and @KamalaHarris," the team tweeted, along with a hyperlink for fans to register to vote.

The post was retweeted by a team star, forward Breanna Stewart.

Ginny Gilder, one of the Storm's co-owners, also tweeted Wednesday that she and co-owners Lisa Brummel and Dawn Trudeau will be endorsing the Biden-Harris presidential ticket.

"We don't typically endorse candidates, but these are NOT typical times," she wrote.

"Proud to stand with my @seattlestorm partners @ginnygilder @lisabrummel in this endorsement. Our country our world needs us to show up and vote for a better future," Trudeau added. They both used the hashtag "Force4Change."

"This is beautiful," one user tweeted. 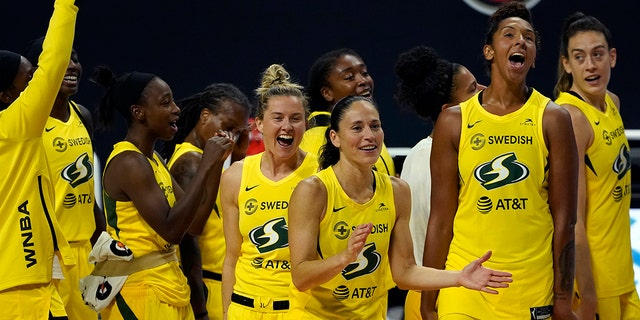 The Seattle Storm celebrate after the team defeated the Minnesota Lynx during Game 3 of a WNBA basketball semifinal round playoff series Sunday, Sept. 27, 2020, in Bradenton, Fla. The Storm move onto the WNBA finals. (Associated Press)

The three women previously made donations to the federal Democratic candidates or related causes during the current election cycle, the paper reported.

The Storm hoisted their fourth WNBA title in franchise history earlier this month. They also won in 2004, 2010, and 2018.

The past three WNBA champions were not invited to the White House under President Trump, reports said.