Leading the game 2-1 as the first-half drew to a close, Wolves were awarded a penalty. 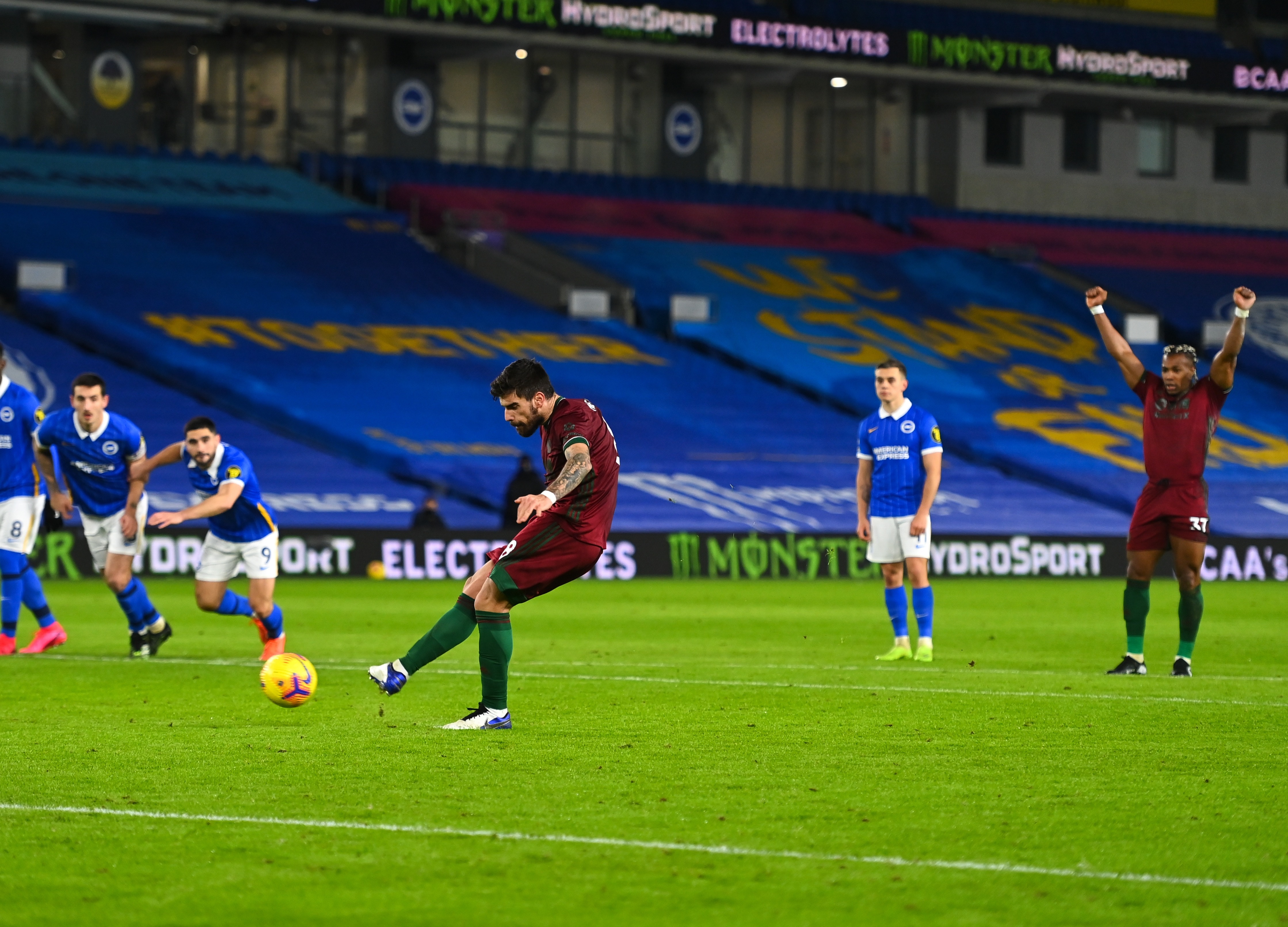 Traore was hauled down by Dan Burn – who'd scored an own goal just ten minutes earlier – after he was outpaced on the byline.

Neves confidently strolled up to take the kick, but it was all eyes on Traore for the neutral.

The in-demand winger was seen raising his arms in celebration even before Neves had taken a swing at the ball.

However, Traore was perhaps a bit too confident, with the goal Neves' first since FEBRUARY 2020.

And Wolves were left heartbroken after a second-half fightback from Brighton ensured they travelled back to the Midlands with just one point in a six-goal thriller.

Aaron Connolly had given the Seagulls an early lead after he poked home Leandro Trossard's delivery.

But Romain Saiss had Wolves on level terms just six minutes later with a looping header. 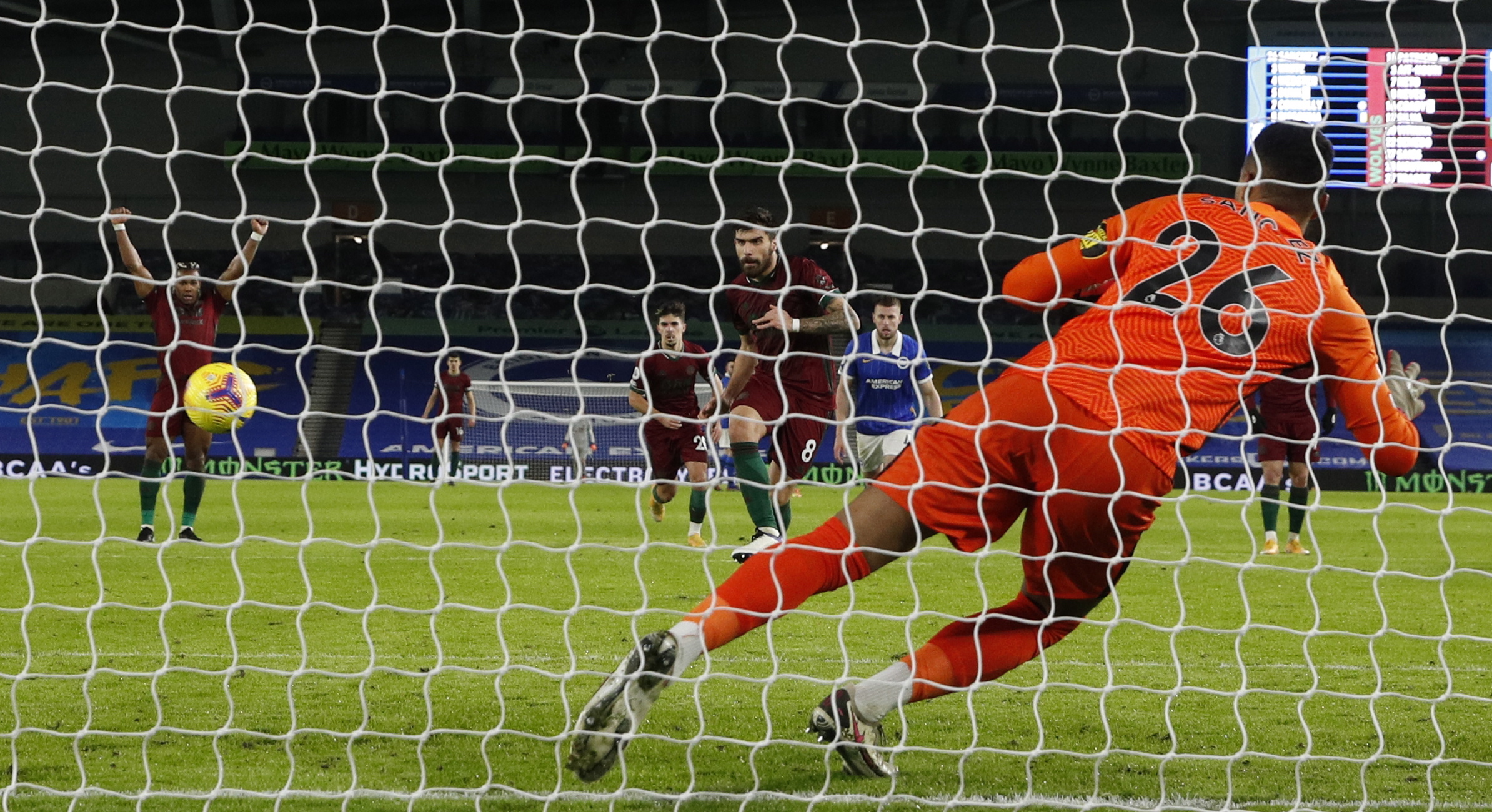 Burn's own goal then put the visitors ahead before Neves' penalty saw them open up a two-goal cushion.

But Brighton halved the deficit within a minute of the restart after Neal Maupay scored from the spot after he was fouled by Joao Moutinho.

And Lewis Dunk equalised with just 20 minutes to play after he headed home a Trossard corner.