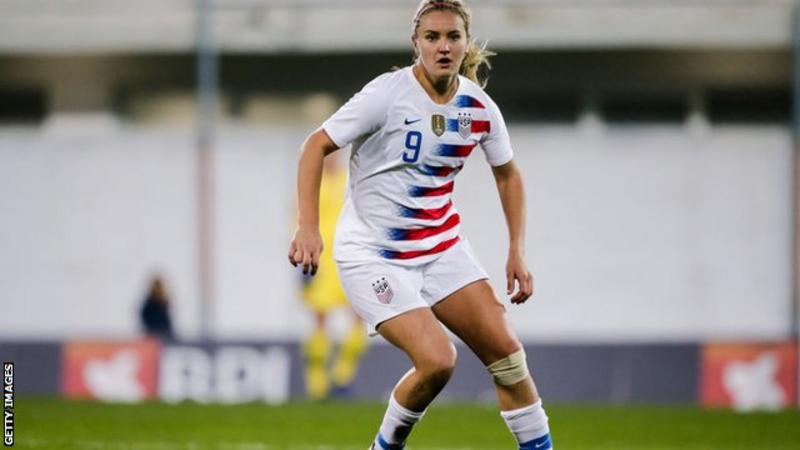 Midfielder Lindsey Horan says the USA will thrive on the pressure of being defending champions at the World Cup.

The USA, who start their campaign against Thailand on Tuesday, thrashed Japan in 2015 to become the first nation to win three Women’s World Cups.

The number-one ranked side are favourites again in France but Horan is wary of stiff competition from countries who are “catching us up”.

“We want to be the ones that everybody is chasing,” Horan told BBC Sport.

It has been an inconsistent build-up to the tournament after the USA were beaten by host nation France in January, before draws with Japan and SheBelieves Cup champions England on home turf.

Horan admits these teams – all ranked within the world’s top seven – are “getting better and better” but the United States are used to the pressure of winning.

“I wouldn’t say it’s pressure, because it’s something we like,” she said. “We like having it on our backs. It tells us that everybody is after us and helps us to keep that high standard.

“It is getting more challenging for us and it makes us up our game. All these other teams are catching us up.

“We have faced tough opponents and these aren’t the results we wanted. We wanted to go out and beat France on their home turf and win the SheBelieves Cup but it gave us a lot of lessons to take away. We would rather have done it then than at the World Cup.”

Emily Sonnett, compatriot and team-mate at NWSL side Portland Thorns, added: “It’s the American way. We want to win. Everything about us wants to win. We want to be consistent and we want to blow everybody out of the water.”

‘It was the worst thing in the world’ 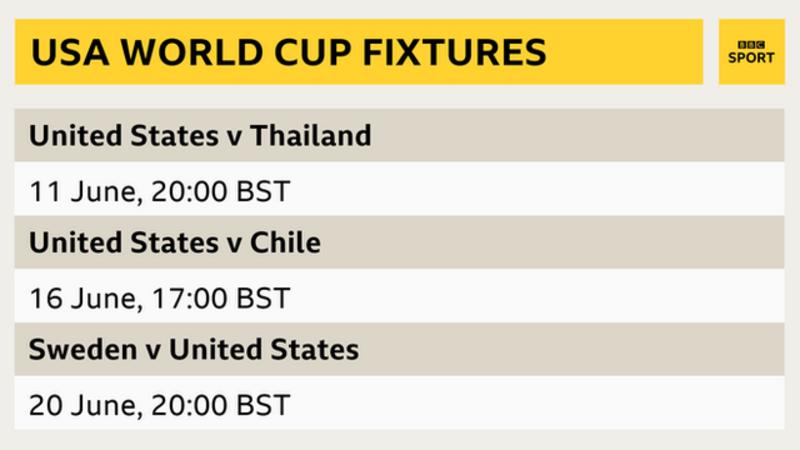 It will be 25-year-old Horan’s first appearance at a World Cup after she was forced to miss the tournament in Canada through injury.

The midfielder says she “can’t wait” to finally get her chance on the world stage.

“It will show that everything is absolutely worth it – all the sacrifices, all the risks I took, all the development and challenges I have had,” she added.

Horan did make it out to Canada to watch her side draw with Sweden in the group stages in 2015 but describes it as “the worst thing in the world”.

“It was the most difficult thing for me to watch,” said Horan. “I just started crying. I said ‘I hate this right now’. I was there to support my friends so why did I feel like this?

“I wanted to be out there. It sucked. When I left, I thought ‘I’m never going to let that happen again’. I don’t want that feeling again. It was the worst thing in the world.”

When the USA reached the final and faced Japan – a repeat of the 2011 final in which they lost on penalties – Horan opted to stay at home, watching the match in the most unlikely of venues.

“For the final, I went to DC Chicken instead,” said Horan. “I remember when the first goal went in I had a chicken wing in my mouth and everyone went crazy! I was just like, ‘what has just happened?’

“I missed the goal because I had a wing in my mouth!”

‘They paved the way for us’ 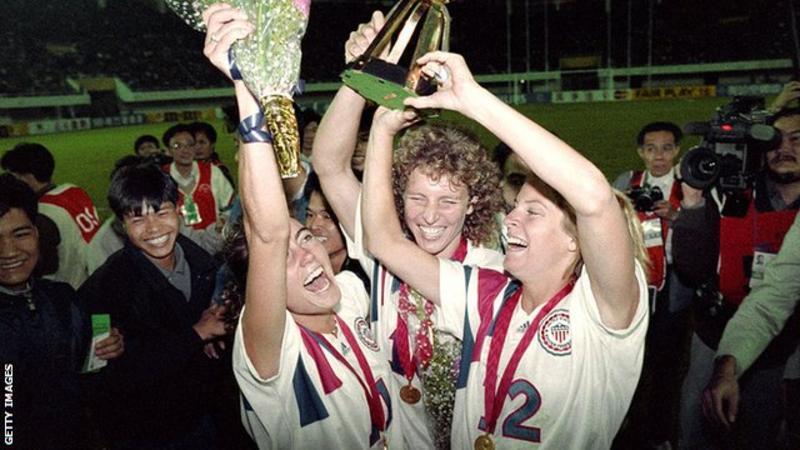 Horan says her team still draws on the achievements of earlier US teams who won the first official Women’s World Cup in China in 1991 and won again on home soil 20 years ago this summer.

She adds that they “paved the way” for women’s football in the US.

“The way we play and the winning mentality we have… they set that standard,” said Horan. “They did everything they could and paved the way for us.

“We need to do this for them and for our country. Our winning mentality is the coolest thing about US soccer.”

Hosts France, ranked fourth in the world, are considered by many to be the United States’ biggest threat, while Germany, England and Japan are also among the favourites.

“You have seen France. They played well the last time we faced them and they are playing in their home country,” said Horan.

“That will be exciting for them and seeing the men go and win the World Cup last year makes the French really want it.”

BBC Sport has launched #ChangeTheGame this summer, bringing more live free-to-air women’s sport across the BBC this summer than ever before. Complemented by our journalism, we are aiming to turn up the volume on women’s sport and alter perceptions. Find out more here.