Follow Sportsmail’s live blog for all the latest World Cup 2022 news and updates with England set for an open training session this morning.

ADAM SHERGOLD: The Costa Rican delegation were en route to Thursday’s match in Basra by bus from their training base in Kuwait.

They’d requested the Iraqi government did not stamp their passports when crossing the border but the authorities did not honour the agreement.

JANET STREET-PORTER: It’s time to show the World Cup WAGs the red card. While the rest of us face a miserable winter, haven’t these fame-hungry women got anything better to do than post selfies from their luxury cruise liner in Qatar?

Arriving in Doha, the England squad announced ‘we’re here to win’. Fingers crossed. For professional footballers tasked with winning the 2022 World Cup the job is simple: all they need is goals.

On the other hand, what will the other squad that’s arrived in Doha – England’s WAGs – be doing as their men fight to keep England’s dreams alive? Given the controversy surrounding the choice of Qatar as hosts, why have the Wags travelled there at all?

Following their 1-0 friendly win over Oman, Germany have now arrived in Qatar looking to vastly improve on their shock group stage exit in Russia last time out. Pictured below are Thomas Muller and Ilkay Gundogan after stepping off the plane at Doha airport. 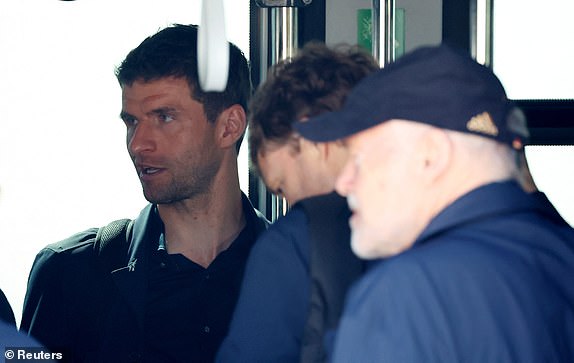 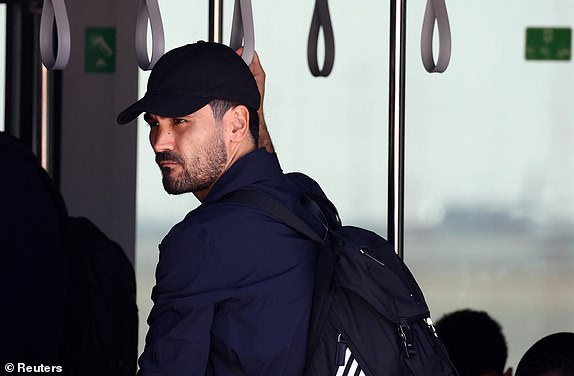 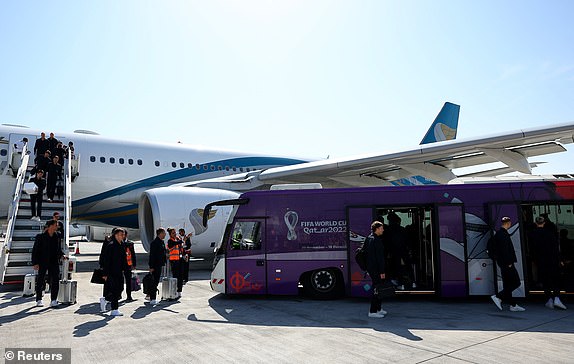 Start as you mean to go on Lionel? A few teams who don’t kick off until later next week have had the luxury of a few friendlies and that includes Argentina – although Lionel Messi looks more than ready ahead of his final World Cup.

The straight A* student who ‘could have been an accountant’, doner kebab pizza-loving penalty hero… and the CALVES set to light up the World Cup: Non-footballing fans’ guide to Gareth Southgate’s World Cup squad

In a case of ‘getting to know you’, MailOnline paints a mini profile of each of the Three Lions, looking to bring home the World Cup trophy for the first time since 1966.

SAMI MOKBEL: A pitch like a carpet, airport-style security screenings to get in and calls to prayer… welcome to England training – Qatar style! If Gareth Southgate’s Three Lions fall short, they CAN’T blame the facilities

Signs of the English invasion are present everywhere you look around the complex – the facility Gareth Southgate’s men will get to know like the backs of their hands by the time they return home, hopefully on December 19 having won the World Cup.

Here is the latest from the England camp and some injury news ahead of that first match with Kyle Walker looking unlikely to feature on Monday despite taking part in training yesterday with his team-mates near Doha.

It’s just four days until England get their World Cup campaign underway but there is plenty going on around the tournament on a day when the Three Lions will be back in training. 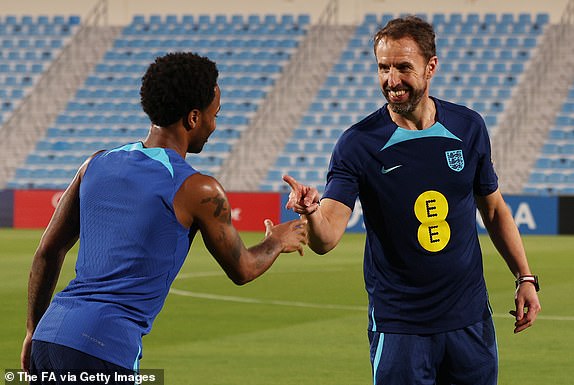