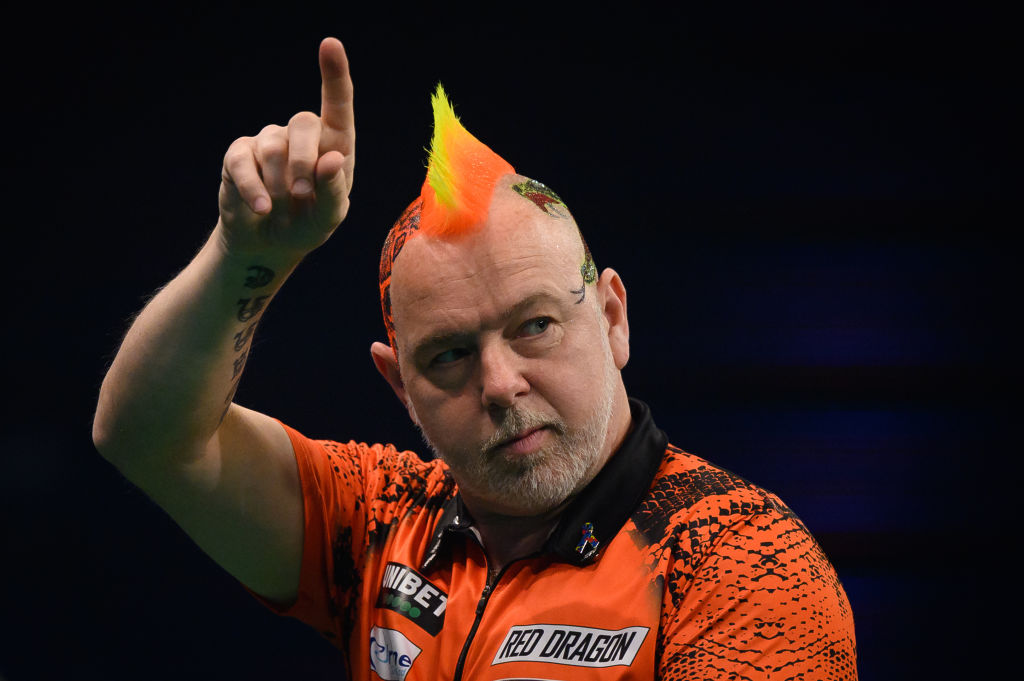 Peter Wright is in confident mood going into the World Matchplay this weekend, insisting that he will win that event and then the 2022 World Darts Championship.

He has continued his usual routine of constantly changing his darts and picked up a new set the morning before that impressive run to the title last Thursday (8 July), but he appears to be a big fan of his current arrows.

‘I only got the gold darts yesterday morning,’ Wright told the PDC after claiming PC20. ‘I like these darts, they’re new, I like them.

‘I love them darts, the way they look in the board as well, it feels like I want to play proper darts now, but I don’t want to show too much before Blackpool.

‘Obviously that means a lot [beating MVG in the final], using a new colour darts, getting used to them and beating the players I did on the way through is great.’

Asked about how confident he is ahead of the Matchplay in Blackpool, the answer was clear.

The 51-year-old was referring back to an appearance on The Darts Show Podcast when he made the same bullish claim.

‘I am going to win the Worlds and the Matchplay this year, so get the double on. Put a pound on it, or 50p.’

Wright has never won the Matchplay, coming closest when he finished runner-up in 2017 to Phil Taylor, but he has been consistent in recent years, managing two semis and two quarter-finals since 2015 as well.

This came after just one win in his first four appearances at the event as he became accustomed to the Winter Gardens stage.

‘It took me a while to get used to. It is a daunting place for a person that doesn’t know it,’ he explained.

‘It is scary and it took me a little while to get my head around that, but I’m alright with it now. It is comfy for me to go and play out there. I’m looking forward to it.’

Wright takes on Danny Noppert in round one in Blackpool on the second day of the tournament, Sunday 18 July.

For more stories like this, check our sport page