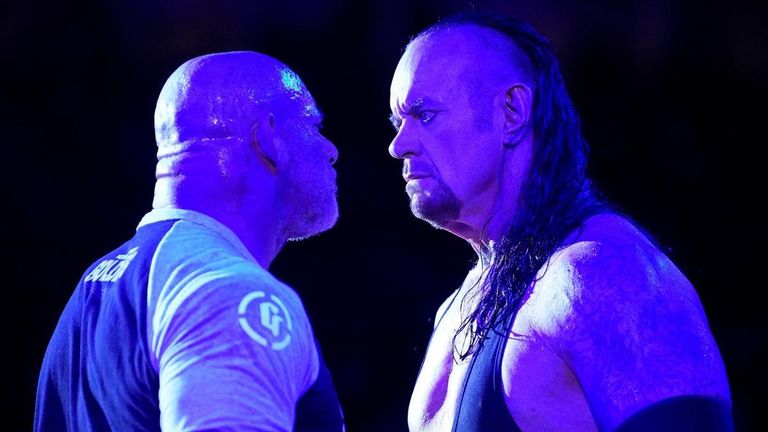 Several members of the WWE locker room and backstage area have had their say on who will win tonight’s big match between Goldberg and The Undertaker.

History will be made in Jeddah tonight when the Dead Man and the former Atlanta Falcon go head to head in a one-off match between two icons of sports entertainment.

It is a match which has captured the imagination of WWE fans, but actually predicting who will win it has proved a significantly more problematic proposition.

So who better to ask for their pre-match prognosis than the men behind the curtain at WWE, from Roman Reigns to returning WWE producer Bruce Prichard (well, you know).

Click on the video above to hear their thoughts and don’t forget to catch Super ShowDown live on Sky Sports Box Office at 7pm on Friday!