Whether it be conveying humor, heartbreak, heavy drama or a lofty song, Monroe’s talent went far beyond her beauty 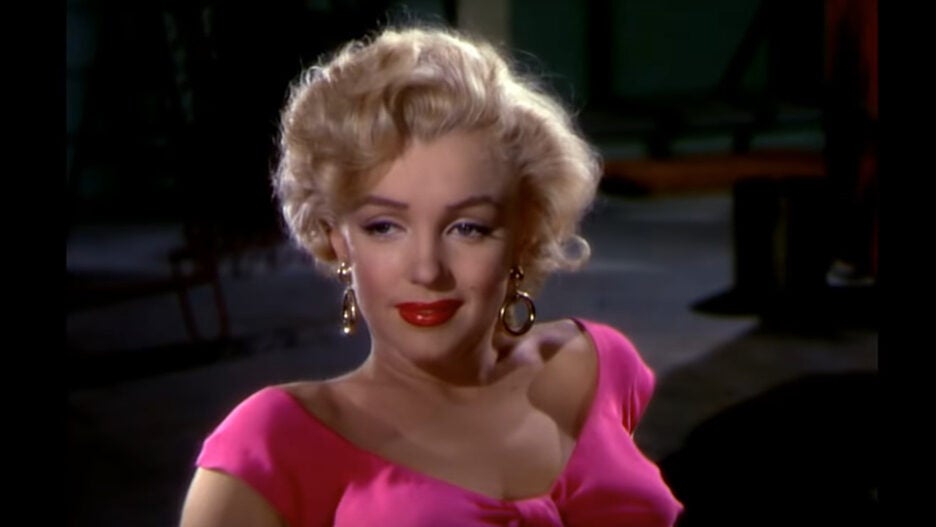 https://youtube.com/watch?v=L0AxlU3tnsg%3Flist%3DPL7E3EE83D2897B826
“The Misfits”(1961)•The Rotten Tomatoes score of 100 percent speaks for itself. John Huston’s Western written by Monroe’s husband Arthur Miller is noted for being the last completed film for both her and co-star Clark Gable. But it’s also known for the heartbreaking performance which The Telegraph called “surely her deepest, most torn-from-the-soul performance.” Jonas Mekas of Village Voice also wrote, “And she haunts you, you’ll not forget her.”

“Bus Stop” (1956)•Monroe received a Golden Globe nomination for Best Actress in this Joshua Logan-directed film, which was her first on-screen appearance after studying at the Actors Studio. In it, she plays Cherie, a saloon singer who is the object of a naïve cowboy’s affection. The Saturday Review of Literature wrote that Monroe’s performance “effectively dispels once and for all the notion that she is merely a glamour personality,” adding, “Hold on to your chairs, everybody, and get set for a rattling surprise. Marilyn Monroe has finally proved herself an actress.”

“Gentlemen Prefer Blondes” (1953)•Monroe is at her comedic best opposite the equally gorgeous Jane Russell, who play “two little girls from Little Rock” on a luxury liner to Paris, where they hope to make it big in show biz. Sure, Monroe’s “Diamonds Are a Girl’s Best Friend” musical number is a gem, but so is her all-around performance. Richard Brody of The New Yorker wrote, “Monroe’s inflections and expressions have a deliciously clever and sharply experienced irony.”
https://youtube.com/watch?v=8xvv1lQ65Nw%3Flist%3DPLmFLbczShyVZ5Hppx5lXI5P7SD_B1aJzI
“Niagara” (1953)•In a Technicolor take on the film noir genre, Monroe stars as a cheating wife who conspires with her lover to kill her jealous hubby. It was clear 20th Century Fox intended this to be a star-making vehicle for Monroe, judging by their posters with log lines like “a raging torrent of emotion that even nature can’t control!” And they weren’t talking about the Falls.

“Don’t Bother To Knock” (1952)•This psychological thriller was Monroe’s first co-starring headliner role. Film critic Dennis Schwartz wrote, “Playing someone mentally deranged, Marilyn wonderfully channels how her mentally troubled mom acted and gives a believable performance (she’s the best reason for seeing this forgettable pic).”
https://youtube.com/watch?v=NAw_PLHFV_w%3Flist%3DPL7E3EE83D2897B826
“Some Like It Hot” (1959)•Monroe won a Golden Globe for her work in Billy Wilder’s classic about two musicians (Tony Curtis and Jack Lemmon) who don dresses and join an all-girls band to hide from gangsters. Monroe plays the band’s vocalist and ukulele player. Critic Roger Ebert wrote: “Monroe steals it, as she walked away with every movie she was in. It is an act of the will to watch anyone else while she is on the screen.”

“The Seven Year Itch” (1955)•Yes, this is the film where Monroe’s dress blows up while standing on a subway grate, but there is a plot, too. This directed and co-written comedy stars Tom Ewell as a man who is tempted by his beautiful neighbor (Monroe) while his wife is away for the summer. “So arresting is Monroe’s presence that when she’s not on-screen, we wait impatiently, wondering, Where have you gone, Mrs. DiMaggio?” Village Voice’s Melissa Anderson wrote.

“The Asphalt Jungle” (1950)•In her first important role, Monroe plays a young mistress who supplies her sugar daddy a fake alibi in this John Huston-directed film noir. TV director Michael Lehmann later went on to say, “MM playing a bimbo so much better than anybody can these days.”

“Monkey Business” (1952)•Monroe plays a secretary at a chemical company, who develops a crush on Cary Grant in this Howard Hawks-directed comedy. Director Peter Bogdanovich said of her, “The reality was that she was a great, natural comedienne. She took superficial, cut-out roles and elevated them to whole new levels.”

“All About Eve” (1950)•Monroe was a relative unknown when her agent went to get her the role in this classic Bette Davis film. Film critic Roger Ebert wrote of Monroe’s performance, “It has been observed that no matter how a scene was lighted, Monroe had the quality of drawing all the light to herself. In her brief scenes here, surrounded by actors much more experienced, she is all we can look at.”
Source: Read Full Article