Plus new shows “The Celebrity Dating Game,” “The Ultimate Surfer” and “When Nature Calls” 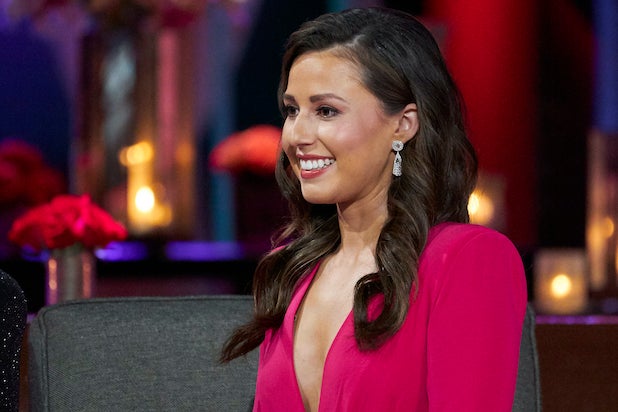 ABC has set its summer schedule, which includes the first season of “The Bachelorette” without longtime host Chris Harrison, the long-awaited comeback of COVID-delayed “Bachelor in Paradise” and the premieres of three new series and several staples.

Katie Thurston’s season of “The Bachelorette” will premiere Monday, June 7. As previously announced, Harrison, the face of the “Bachelor” franchise, will take the upcoming season off after temporarily stepping away from the series earlier this year. Former Bachelorettes Tayshia Adams and Kaitlyn Bristowe will step in as co-hosts for Season 17.

ABC is bringing more romance later in the summer with the premiere of “Bachelor in Paradise” Season 7. No word yet on who is hosting this season of the show, which has been off the air for two years due to the pandemic.

Among the other ABC series returning this summer are freshman competition shows “The Chase” and “The Hustler” (both now formally renewed for Season 2), as well as “Holey Moley,” “Celebrity Family Feud,” “To Tell the Truth,” “Press Your Luck,” “The $100,000 Pyramid,” “Card Sharks” and the Luke Wilson-hosted “Emergency Call.”

See the schedule of ABC’s summer 2021 premiere dates below. New shows are in caps, with their descriptions listed at the bottom.

Hosted by actress and singer-songwriter Zooey Deschanel and multiple GRAMMY®-winning singer-songwriter Michael Bolton, “The Celebrity Dating Game” offers a wry wink at modern dating with a star-studded roster of celebrity singles from television, music, comedy, reality TV and feature film in their pursuit to find love. Offering the same iconic feel as the original classic dating show, each episode follows two celebrities who each pick one lucky suitor from a hidden panel of three bachelors and/or bachelorettes based on answers to a variety of questions. But there’s a twist! The celebrity identities will remain a mystery to their suitors, who are given clues via hilarious parody song performances by host Michael Bolton.

“The Ultimate Surfer” will gather some of the world’s greatest up-and-coming surfers to train and live together as they battle it out at the World Surf League’s (WSL) state-of-the-art Surf Ranch in Lemoore, California, powered by Kelly Slater’s human-made wave technology, in the hope of competing amongst the best athletes in the world’s fastest-growing sport. Slater will serve as on-air talent and special correspondent for the show.

Alliances and rivalries will be front and center in “The Ultimate Surfer” as men and women compete in individual and team challenges focused on specific surfing disciplines. Weekly eliminations will leave two men and two women as finalists who will vie for the male and female titles of the The Ultimate Surfer and the opportunity to compete on the elite WSL Championship Tour, the pinnacle of professional surfing. Slater’s remarkable, one-of-a-kind, human-made wave — the most even playing field for measuring surf mastery — is at the heart of the series.

“When Nature Calls” (WT) is a laugh-out-loud, one-hour unscripted comedy series which looks at the lighter side of the natural world. Based on a BBC Studios comedy format, the show will surprise and delight viewers with what comes out of the mouths of majestic beasts, teeny-tiny frogs, beatboxing badgers and more within captivating, beautiful footage from all over the world. This new perspective on absurd animal antics is easy on the eyes and hilarious to the ears.