He was unable to return for the 50th anniversary of Emmerdale due to scheduling clashes, but Adam Thomas has said he would still jump at another chance to reprise his role.

From 2009-2018 he played Adam Barton on the show, eventually leaving after eight years to take on different challenges.

While last year Adam, 34, revealed that he had been asked to return to the Dales for the milestone, he had to turn it down as he was busy filming the reboot of Waterloo Road.

However, he’s now said if given another chance, he would love to re-join the cast.

When being interviewed on Lorraine on Wednesday, Adam was asked about the ‘unfinished business’ for his character and whether the door ‘was open enough to let him back in’ on the show.

‘Do you know something I don’t?’ he laughed, before saying he wouldn’t hesitate to say yes.

‘It’s the best and that’s what I miss the most, it’s the cast and the actors that work there,’ he said.

‘They are incredible and you genuinely do become like a huge family. 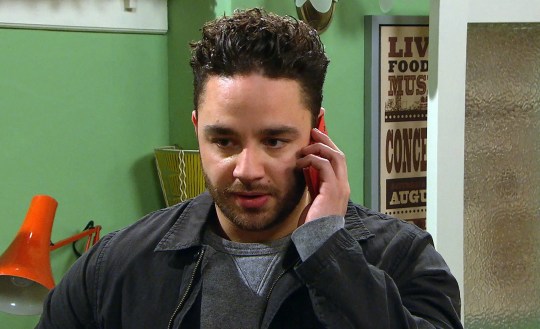 ‘I miss them all so much, so never say never.’

He added: ‘I would love to go back one day if the story was right.’

‘It has always held a special place in my heart.’

But before that happens, his storyline on Waterloo Road is set to offer up plenty more jaw-dropping moments after the shocking death of Chlo Charles (Katie Griffiths) in the premiere episode.

While fans thought they were finally seeing a happy ending between Donte and his high school sweetheart, it was short lived after she suffered a head injury after being hit by a car.

‘The fans are outraged and keep messaging me saying they can’t believe it,’ Adam said.

Speaking to Metro.co.uk about what’s ahead for Donte, he continued: ‘It’s not plain sailing for Donte throughout the series.

‘He finds it quite hard at first and I think he sort of tries to pull things together at the end of the series but he’s still got a lot of work to do.’

Working with two of his own family members was also a unique selling point, with his kids on the show played by his son Teddy and niece Scarlett.

‘There’s not many jobs that come along where you get to work with your son and little niece, and the fact that we get to go back to one of the first jobs I was ever in and I get to take them on that journey and be on that journey with them,’ he enthused to us.

‘I just watched them grow throughout the series, which was amazing. Scarlett is just unbelievable and I’m just so proud of both of them and I can’t wait for the world to see what they have in store, really.’

Waterloo Road airs every Tuesday on BBC One at 8pm and all seven episodes are available to stream now on BBC iPlayer.