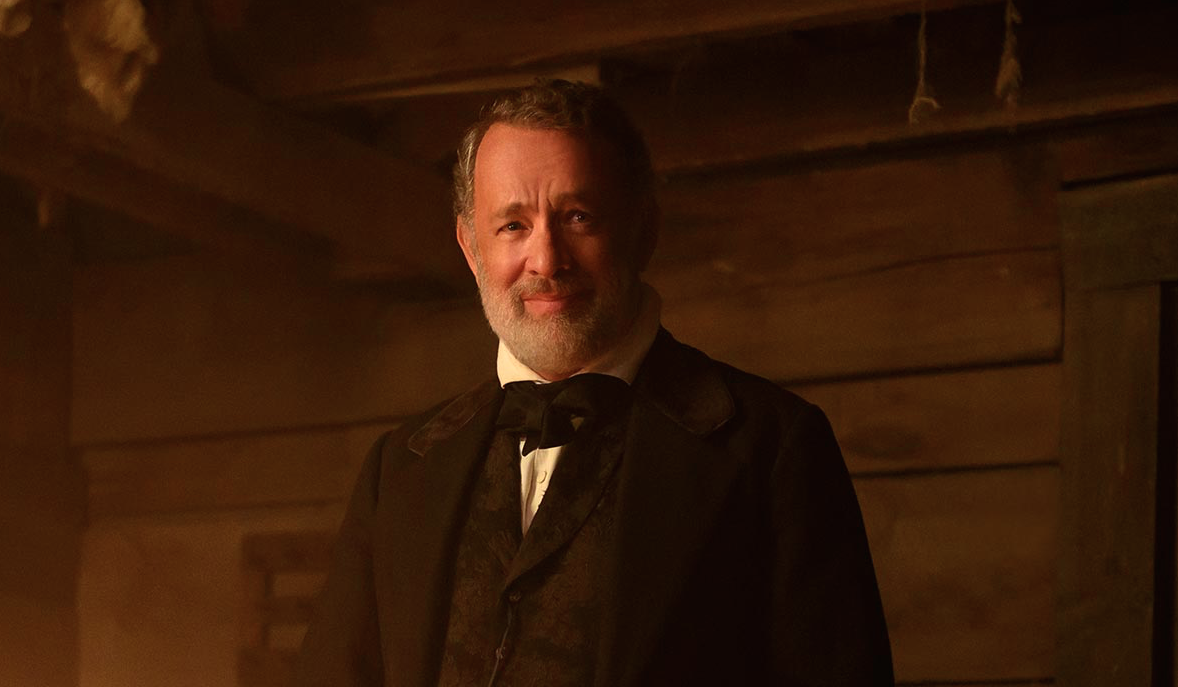 “News of the World”

In the animated feature race, Pete Docter’s “Soul” was joined by the hand-drawn Irish folktale, “Wolfwalkers” (directed by Tomm Moore and Ross Stewart and co-produced by Cartoon Saloon and Apple); Disney legend Glen Keane’s exquisite “Over the Moon” (from Netflix); Pixar’s “Onward”; and. in a mild surprise, “Shaun the Sheep Movie: Farmageddon” (from Academy stop-motion favorite, Aardman, and Netflix). The ethereal “Soul” is the frontrunner, of course, but don’t count out the twice-nominated Moore, who is revered as the Irish Miyazaki. 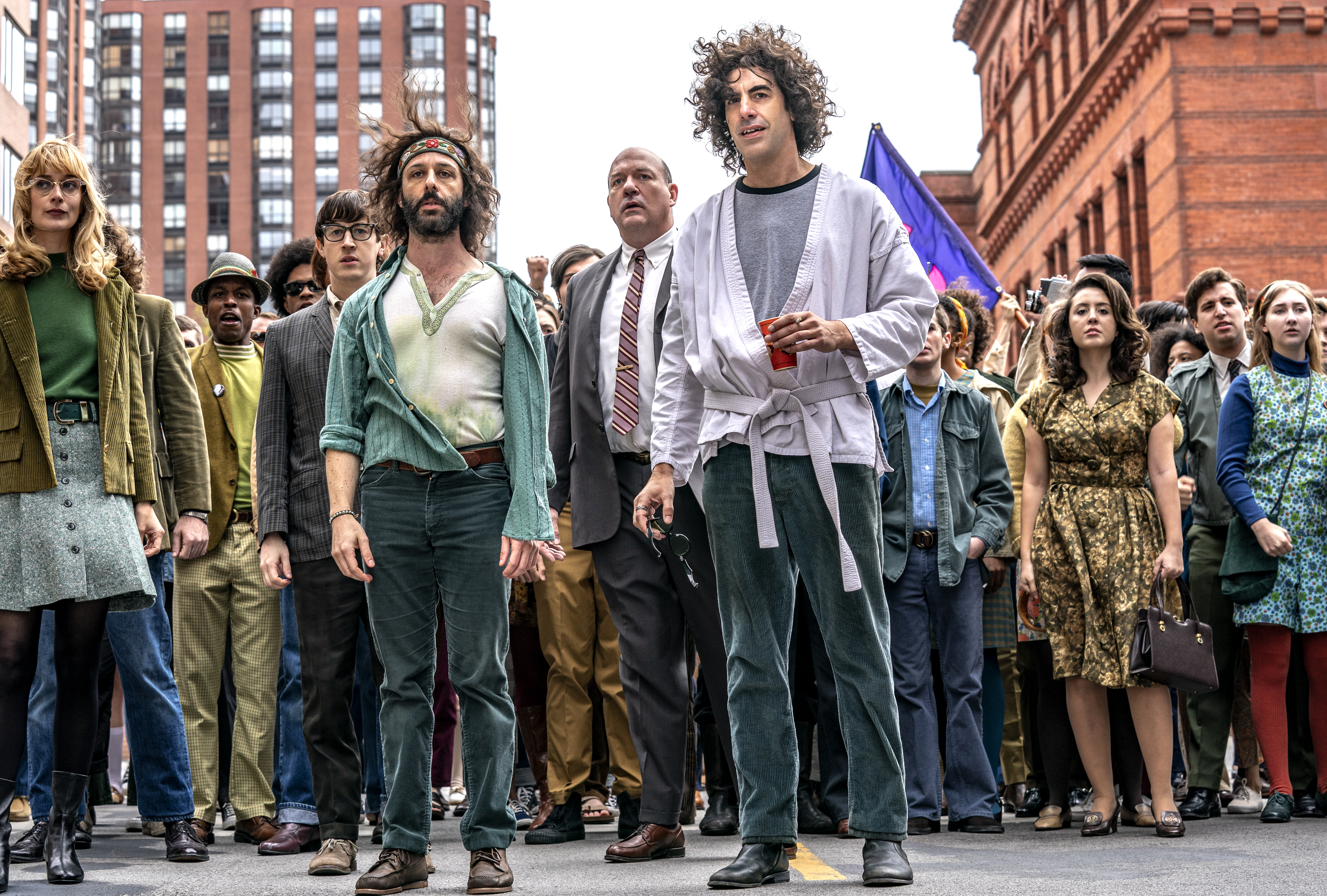 The race for animated short had its own surprise, with Pixar’s gay-themed “Out” overlooked in favor of the studio’s “Burrow,” a sweet, 2D tale about a bunny’s search for a dream home. Also nominated were Netflix’s first short entry, “If Anything Happens I Love You,” a 2D, monochromatic work about a mother and father visited by shadows from their deceased daughter (the victim of a school shooting); Opera,” a CG work from South Korea and the U.S. (directed by former Pixar animator Erick Oh), exploring the circular conflicts in human history built around a pyramid; “Genius Loci,” a French hand-drawn short about a loner who experiences the chaos inside her mind; and the Icelandic “Yes-People,” about an eclectic mix of characters that can only cope with life by saying “Yes.” The favorite will be “If Anything Happens I Love You,” but this is one of the most unpredictable categories.

Looking ahead to the craft races, “Mank” certainly has the potential to dominate. The Academy adores a Hollywood story and Fincher and his talented crew have meticulously recaptured the look and sound of black-and-white movies with their deconstruction of Herman J. Mankiewicz’s (Gary Oldman) arduous scripting of “Citizen Kane.” Cinematographer Messerschmidt found the sweet spot between a retro and contemporary look with digital help, while production designer Don Burt, costume designer Trish Summerville, and makeup and hair designers Gigi Williams and Kimberly Spiteri had the extra burden of finding appropriate monochromatic tones for their color palettes.

In addition, sound editor/mixer Ren Klyce experimented with digital audio tools to reproduce the aural limitations of old movies, and composers Reznor and Ross stepped out of their comfort by zone by experimenting with a Hollywood Golden Age musical sound that mixed jazz and orchestral cues. 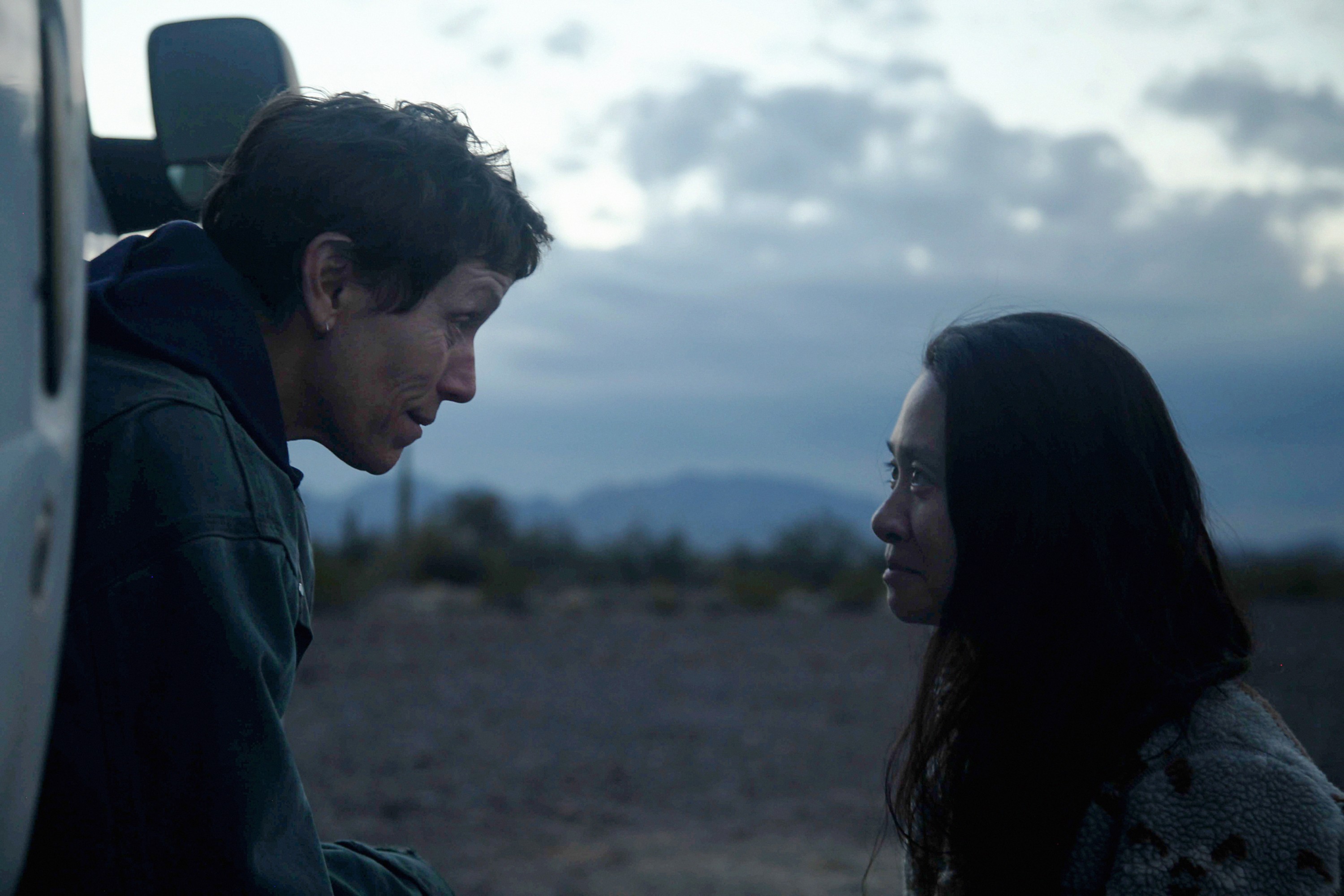 Frances McDormand and Chloe Zhao on the set of “Nomadland”

And yet, aside from Production Design, “Mank” is not considered the favorite in any other category. For Cinematography, it goes up against “Nomadland’s” Richards roving, naturalistic work. For Costume Design, it battles “Ma Rainey’s” 89-year-old Ann Roth (Oscar winner for “The English Patient”). For Makeup and Hair, it must overcome the “Ma Rainey” team of Sergio Lopez Rivera and Mia Neal, who transformed Viola Davis into the trailblazing ’20s blues singer with ostentatious outfits, gold teeth, greasepaint, and a wig made of horsehair. For Sound, it goes up against the “Sound of Metal” supervising sound editor Nicolas Becker, who created a unique soundscape for Riz Ahmed’s heavy metal drummer as he slowly loses his hearing. And, for Score, Reznor and Ross compete against their more favored work in the animated “Soul.”

Finally, the most wide open race is for VFX, thanks to the pandemic and the lack of superhero blockbusters. Competing for the prize are Nolan’s “Tenet,” in which DNEG experimented with the timing of action sequences going both forward and backward; Clooney’s “The Midnight Sky,” boasting Framestore’s stunning ballet of blood in the spaceship’s airlock; Disney’s “Mulan,” touting Weta Digital’s effective CG Imperial City (populated by digital extras); Disney’s “The One and Only Ivan,” featuring MPC’s virtual production workflow for the CG zoo and animals; and the upstart, “Love and Monsters,” the action-comedy nod to Ray Harryhausen’s “Mysterious Island,” with both CG and practical giant insects and reptiles. The betting money will be on “Tenet,” but this race is primed for an upset.