Antiques Roadshow headed to Osborne in the Isle of Wight last weekend, and rounding off the episode was an astonishing valuation.

A lady had brought a painting to the show to be looked at and it instantly perked the interest of expert Frances Christie.

“We’re looking at one of the sunniest pictures we’ve seen all day,” Frances commented. “Now, it’s an oil painting on canvas, it’s of her mother and child basking in the sunshine.

Wondering how the guest came to own such a prestigious piece of artwork, Frances asked: “How did it come to be yours?”

“My grandmother was at art school with Dorothea Sharp,” she revealed and the expert was stunned by this information: “Oh wow! So you have a very personal connection then!”

“The fact that Dorothea gave your grandmother this picture, that says a lot about their friendship.

“Everyone will agree the colour, light and warmth radiates out of the painting and that was a particular speciality of Dorothea Sharp,” the expert continued.

“Have you ever had it valued?” And the guest revealed: “No”. 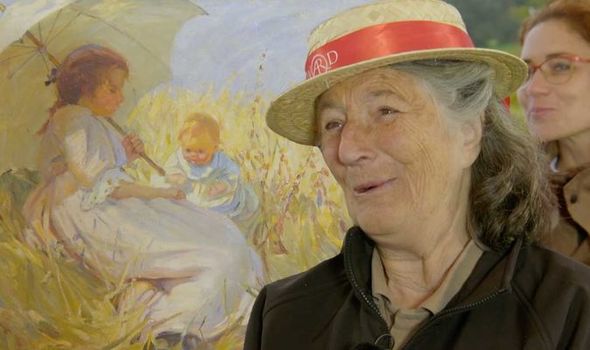 “Dorothea Sharp is probably one of the most popular early 20th century female artists and there weren’t many female artists that exhibited year after year at the Royal Academy,” Frances divulged.

“Her pictures were always accepted for over 40 years and I think if this was to come at auction, even though it’s not signed, I think we’d be putting an auction estimate of between £10,000 to £15,000.”

Completely stunned by the figure, the owner said; “Well that’s lovely news! But I’m afraid it’s going back over my fireplace so I can see it.”

Understanding her reasoning, Frances wished the owner and her painting well.

It comes after a previous episode when another expert forbade a guest from selling his item. 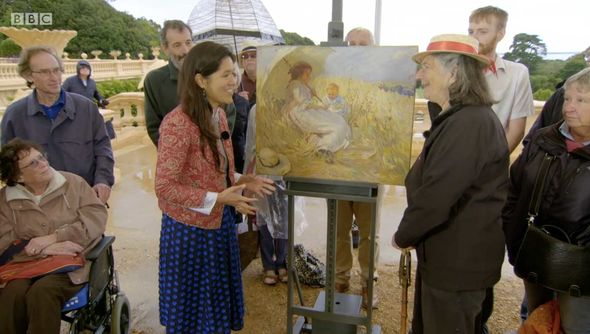 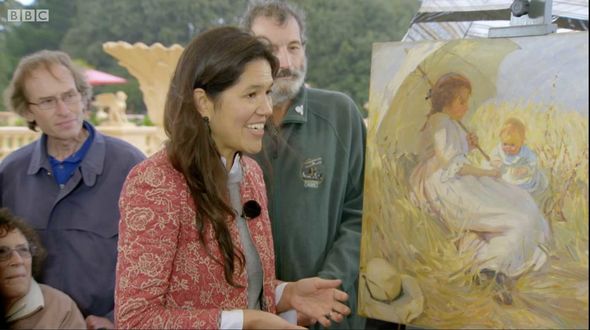 Pretending a historian ribbon from the Mauretania, expert Paul Atterbury was impressed with the condition of the material.

Due to the item being handed down through the owners generations, Paul suggested he seep it as a family heirloom and the auction price will naturally increase over time.

Antiques Roadshow fans will also remember an episode filmed in Halifax, where one lady brought in a antique brooch.

But it wasn’t the value which the item would fetch at auction that surprised the expert, but rather the way in which it had been worn by the owner.

Antiques Roadshow returns to BBC One on Sunday at 8pm.