The reveal of Thor’s weight gain was one of the more controversial spoilers in Avengers Endgame. Having lost his family, his homeworld and failed to stop Thanos in Infinity War, the Asgardian became depressed and turned to alcoholism. While some fans found “Fat Thor” hilarious, others were offended by the “fat-shaming”. Whatever the case, now Hemsworth himself has shared a joke ad mocking his character.

The Aussie star shared a fake magazine page mocked up by Fandom.

A before and after picture shows a topless muscular Thor turning into his chunkier self.

A quote from the Asgardian reads: “With the help of pizza, beer and Fortnite, I GAINED the coveted ‘one-pack’ ab faster than a stroke of lightning. My co-workers tell me to cut back, I say ‘This beer, I like it, ANOTHER!!!’” 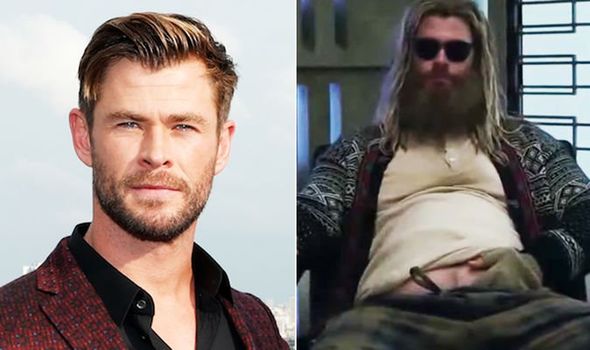 There’s even a quote from Doctor Strange, which reads: “No amount of sorcery can fix this thing.”

In a recent interview, Hemsworth admitted he wants “Fat Thor” to evolve again if he stars in Guardians of the Galaxy Vol 3.

Speaking with CinemaBlend, he said: “I’d play that character again.

“I love it so much – especially if there’s something unique to do again with it.” 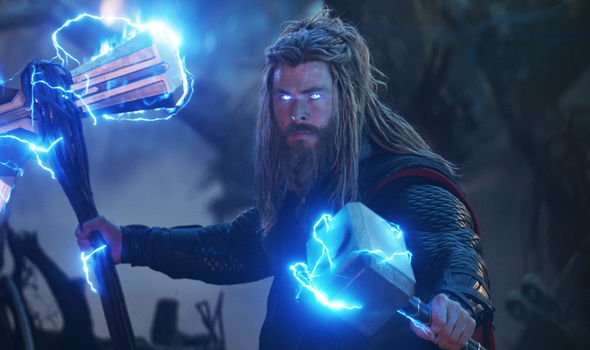 Hemsworth added: “I felt like the last three films were very, very different each time. It really felt like a totally different character.”

“And I don’t even know when or if they’re shooting [Guardians of the Galaxy 3]. After the Avengers press tour, I kind of went and buried my head in the sand.

“I’ll work with any of those guys. Asgardians Of The Galaxy. That’s actually great.

“You might’ve just got me my next job. Thank you, man.”