The Great British Bake Off returned this week with new host Matt Lucas, 46, joining Noel Fielding, 47, to kick start this year’s competition. However, before Channel 4 viewers were introduced to the 12 bakers taking part, the comedian did a parody of one of Prime Minister Boris Johnson’s daily briefings which aired at the beginning of the coronavirus pandemic. This was aptly timed as the 55-year-old politician has just given an address to the nation about the latest restrictions following a spike in COVID-19 cases. As such, almost 200 complaints have been made to Ofcom over the impersonation.

Matt donned a blonde wig and stood behind a makeshift podium, telling viewers what they could and couldn’t do in relation to baking.

The lectern he was stood behind sported a slogan similar to the ones the Government had been using to stress the importance of their message to stop the spread of the virus to protect the NHS and save lives.

Instead, the commentary was rather caked-up as it read: “Stay alert, protect cake, save loaves,” with judges Paul Hollywood, 54, and Prue Leith, 80, acting as advisors.

According to Digital Spy, the broadcasting watchdog has been inundated with complaints from viewers about the sketch.

A spokesperson said: “We are assessing these complaints against our broadcasting rules, but are yet to decide whether or not to investigate.” 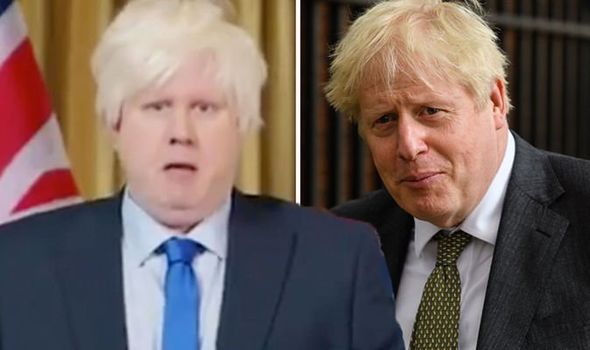 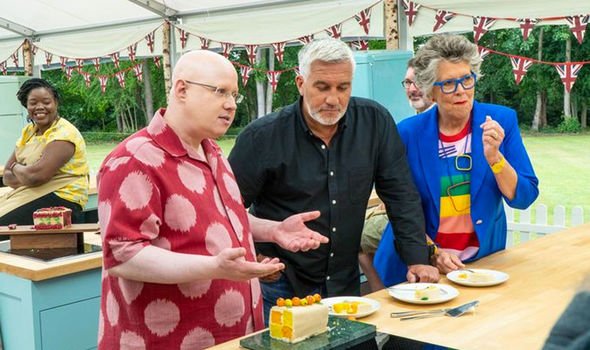 There was some uproar from viewers directly after the sketch had happened, with some taking to social media to express their dismay.

One wrote on Twitter: “Matt Lucas’s spoof of Boris at the start of #GBBO was very funny, but seemed incredibly inappropriate coming straight after an actual statement from Boris.”

Whilst a third commented on their reaction to Matt’s impersonation: “It’s great to have #GBBO back on our telly. Interesting start with Matt Lucas impersonating Boris.” 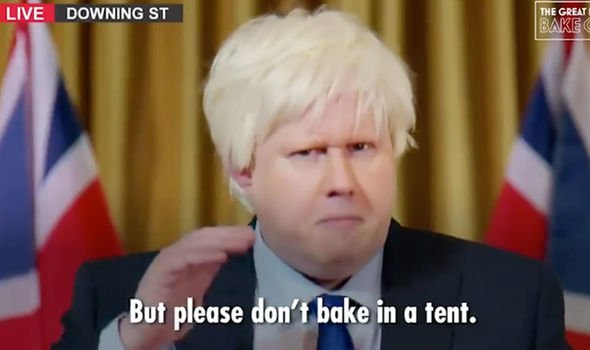 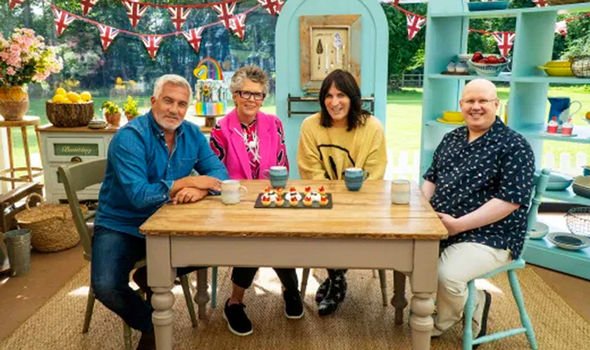 Despite the backlash, viewers tuned in their millions to watch the 12 bakers take on three challenging tasks.

The opening episode became the most-watched premiere since the show moved over to Channel 4, with seven million fans watching.

It was also up one million from last year’s opening night which was only watched by six million viewers at home.

Interest was certainly heightened by the fact social distancing guidelines weren’t adhered to in the tent.

This was because the cast and crew of the show all became part of a social bubble to ensure some normality could be broadcast during the pandemic.

Everyone on site was regularly tested, with contestants having to move out of their family homes to take part.

For cake week, the bakers were tasked with making their interpretation of the classic Battenberg, before taking on an ‘upside down’ pineapple cake for the technical.

The signature challenge saw the keen cooks create a bust of their celebrity heroes, made entirely in cake form.

It was 20-year-old Peter from Edinburgh who went on to secure the first ‘star baker’ accolade of the series.

Unfortunately, this meant someone had to leave and it was 27-year-old Loriea who bowed out of the tent first.

Next week’s second episode of the series will see Matt and Noel reveal the contestants will be taking on three biscuit challenges.

Thee 11 remaining bakers will be tasked with a signature which will see them use fruit, nut and chocolate, but who will survive another week?

The Great British Bake Off continues Tuesday at 8pm on Channel 4.