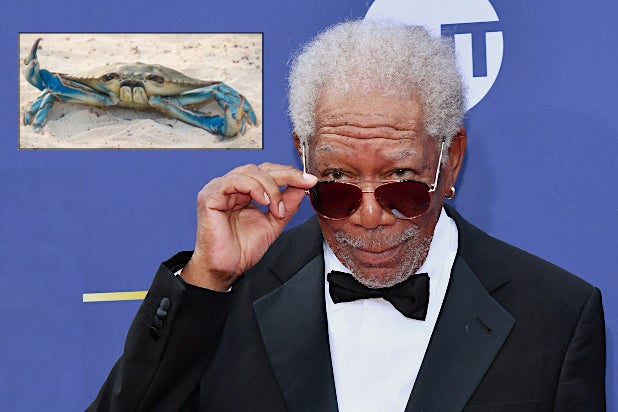 If you thought you heard Morgan Freeman’s iconic voice booming out of the crab in “Barb and Star Go to Vista Del Mar,” you are definitely not alone. But you are also definitely wrong.

Although the crab references Freeman’s films like “Shawshank Redemption” and “Driving Miss Daisy” when speaking to Star (Kristen Wiig) on the beach in the film, it’s not Freeman at all. It’s actually Josh Robert Thompson, credited on the film’s IMDb page as playing Morgan Freemond.

According to Film School Rejects, Thompson is actually the next best thing to Freeman if you can’t score the real actor, because Thompson’s impression of Freeman is so on point. He has impersonated Freeman for other projects, including doing voice work for Freeman’s “Lego Movie” character for the “Lego Movie” video game.

In an interview with Film School Rejects, Thompson said he was playing a character named Geoff Peterson on “The Late Late Show with Craig Ferguson” when Freeman was a guest on the show, and Ferguson asked the actor if he’d like the character to talk like him. “I started talking like Morgan Freeman to Morgan Freeman. And that just blew his mind.”

He said his “Barb and Star” came together when the filmmakers reached out after seeing his work on other projects.

“I don’t remember if my improv got in there but there was something about [Morgan Freeman voice] ‘that’s with a D for legal reasons,’” he said. “They wrote this whole beautiful soliloquy that the crab gives before he ventures off. I just read it a couple of different ways, but yeah, it was as written.”