Charles Hanson will be a familiar face to viewers as he often features on Bargain Hunt and Antiques Road Trip. On Bargain Hunt, Charles helps either the blue or red team to find some unique treasures to sell at auction. While on Antiques Road Trip, the auctioneer goes head to head with another expert as they travel up and down the country looking for rare antiques. When Charles isn’t busy filming, he also runs his own auction room, Hansons Auctioneers.

Speaking in an exclusive interview with Express.co.uk, Charles spoke about some of the exciting antiques he has discovered during his time on the show.

Ranging from a rare Chinese teapot to a piece of King Charles III’s toast from his wedding day to Princess Diana, Charles has discovered some unique treasures.

He admitted one of the things he loves most about filming is “all the drama”.

“You still always have the nerves, [when you enter] an auction room,” the expert explained before adding: “It is a very unique experience. 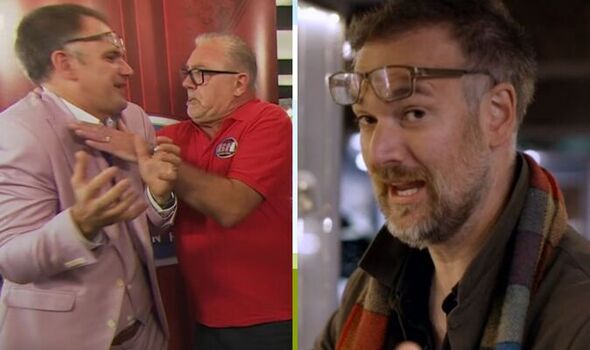 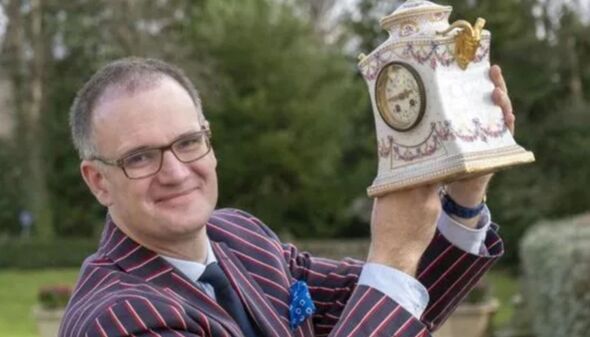 “It’s that moment as an auctioneer, you have the moment when they say, ‘Going, going, gone’, and you try and make history.

“And you know when you make history, you really want to pack a punch and bring the gavel down with a real excitement.”

Discussing some of his finds while filming, Charles continued: “I’ve been on Antiques Road Trip, and I’ve bought things for £1, and they’ve made £200. 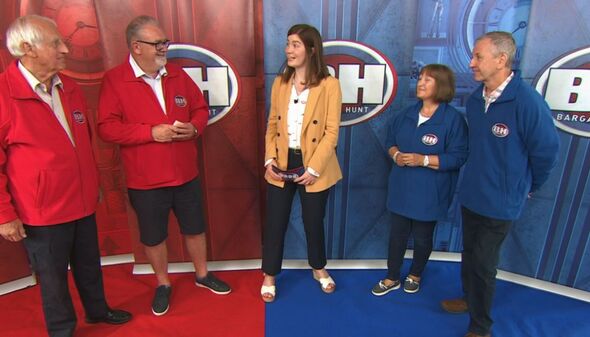 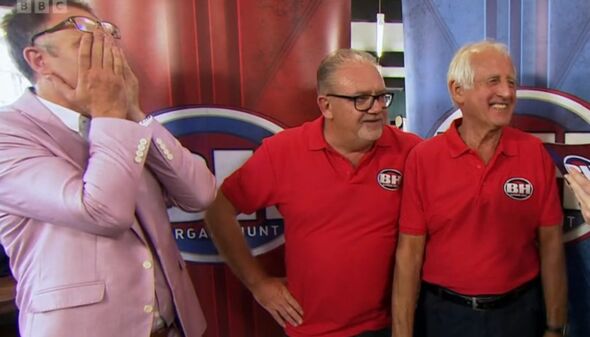 Bargain Hunt has been running for over 20 years, and Charles explained the BBC programme has seen several changes during that time.

“We’ve had quite a few changes over the years,” he recalled. “We had David Dickinson [as a presenter] first, and then we had Tim Wonnacott.

“I think still the show’s very much what it is. You have the hour and you have the £300 to buy three items.

“There are now shall we say challenges where you have got to buy a certain item or spend a certain amount of money over £75, and then the expert gets the leftover money.”

“What I’ve done is, I always spend the money to really have a go and to make a memory, and I’ll either make a fortune or lose it all,” he admitted. “But I’m a bit of a gambler.”

The 44-year-old, who has always had a passion for history and art since he was a child, went on to confess that he doesn’t always get valuations right.

He often seeks the advice of other experts, who have better knowledge in certain areas.

“I am a general valuer, but it is important to have consultants,” Charles said. “Consultants who have the knowledge and who can tell you what things are.

“And then you are able to value it on the back of their knowledge from different fields…[ranging from] military coins, toys, books and textiles, you never know it all.

“And I think in our business, we always see new things every day. So never think you know it all, you never do.

“You’ve got to respect the fact that some things will require further research, and that’s why it’s so important.

You’ve got that bedrock of knowledge and colleagues who allow me as an auctioneer to sell things well because things are well described.”

Bargain Hunt and Antiques Road Trip is available to watch on BBC iPlayer.