Dan Walker and Louise Minchin were joined by Nina this morning on BBC Breakfast as the reporter took a look at the impact the coronavirus pandemic has had on women, in particular. After a report from the Women and Equalities Commission found support could be skewed more favourably towards men, Nina delved into the details – although it wasn’t exactly smooth sailing.

The moment came when Louise introduced the report: “Now the impact of the pandemic has been felt in every household up and down the country with jobs lost and businesses going under in all parts fo the economy.”

BBC Breakfast’s Dan then jumped in: “However, a new report out this morning is suggesting that Government support is being unfairly skewed towards men,

“Meaning women have been unfairly impacted. This is something Nina is looking at this morning.”

The hosts then threw the conversation over to Nina who explained further. 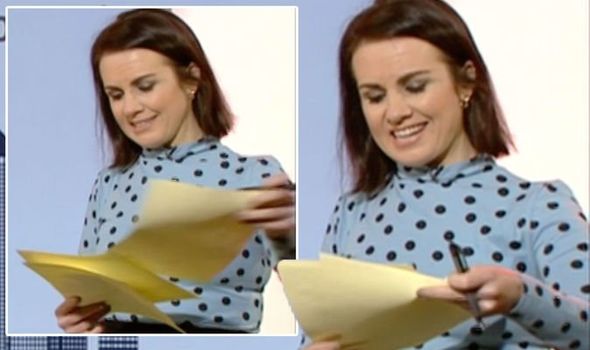 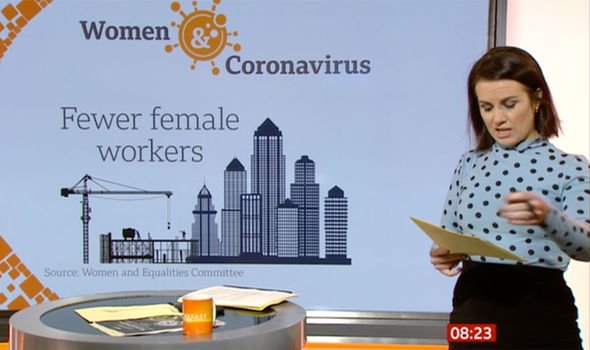 “Sorry if this is unsurprising,” Nina began. “We’ve long known that women do more at home, on average they get paid less, and their jobs are more vulnerable in a crisis.”

She continued: “There’s a report out later from a cross-party group of MPs highlighting how women’s work and finances have been affected.”

The BBC reporter then looked at different aspects of Government support and just how they impact women.

“First of all, furlough,” Nina said. “That’s the government scheme to support workers’ jobs and salaries. 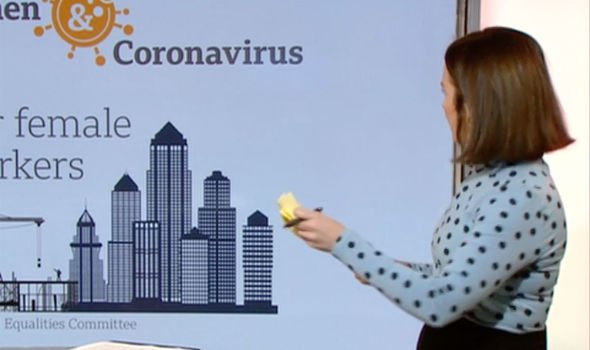 “The report found that women are more likely to be employed on insecure contracts and as a result, they’re less likely to have their incomes topped up to 100 percent.”

She continued: “It’s also estimated that two million people are currently out of work and the report indicates that women are a third more likely to work in the sectors like retail and hospitality which have been hardest hit.

“Research also shows that women spend two thirds more time on childcare than men and with schools closing that means their work is much more likely to be compromised or lost.”

“Research shows that women are more likely to spend two thirds more on childcare…” Nina said before stopping in her tracks.

Spotting her blunder, Nina quickly tried to correct herself: “Sorry, I just told you that…”

But in a rather awkward moment, as she tried to regain her composure, silence descended on the studio.

Instead of referring back to her notes, Nina had to look at the screen in the studio for guidance.

Nina managed to move on with the segment as she reminded herself: “The Women and Equalities Commission who wrote this report spoke to plenty of experts…”

The BBC Breakfast star then introduced one of the experts involved as the two discussed the finer details of the report.

BBC Breakfast airs daily at 6am on BBC One.