BBC Breakfast: Louise looks ahead to presenting on Christmas Day

However, Louise Minchin has warned BBC Breakfast viewers they will “need tissues” as she promised the Christmas Day broadcast will be an emotional one. As many viewers will be spending the festive period without their loved ones, BBC Breakfast will aim to bring some joy. Louise and Carol Kirkwood will look back on the past year and share some special moments from guests including Sir Captain Tom Moore.

As Carol finished her weather forecast, Louise said: “I’m very excited Carol because I’ve been given an early Christmas present.

“I’m going to be presenting with you on Christmas Day!”

“Oh the present is mine Lou, I look forward to that,” the meteorologist replied.

Louise continued: “I’ve got a little insight for you as I know a little bit about what we’ve got on the programme.

“I warn you, everybody at home, it’s going to be great but you also might need tissues as well. 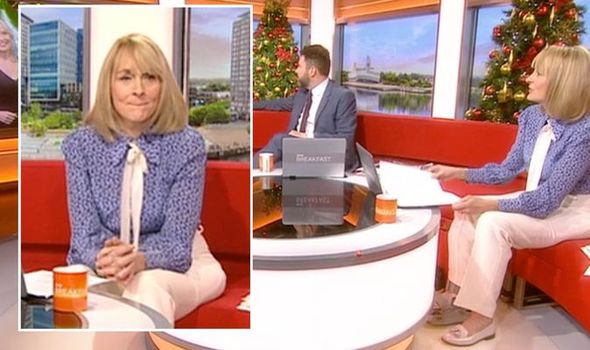 We will use your email address only for sending you newsletters. Please see our Privacy Notice for details of your data protection rights. Grant Shapps interview on BBC Breakfast ripped apart by viewers

“We’ve got a message from Captain Tom, a film from Rob Burrow and a special performance from Paul Harvey as well. So lots going on.”

Co-host Jon Kay exclaimed: “And you’ve got one another!”

“I know,” Louise added before explaining she would bring in her present from Carol to open on air.

However the weatherwoman panicked as she exclaimed: “No, don’t do that!” 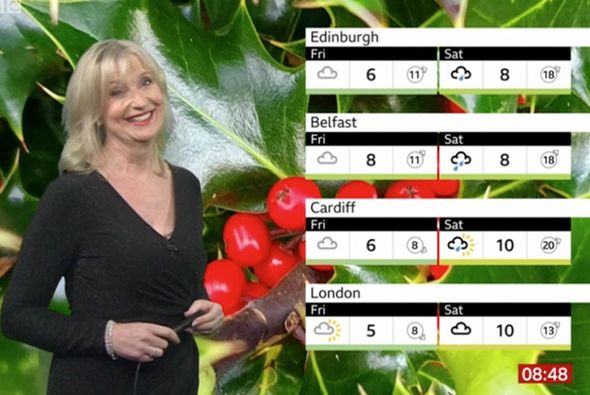 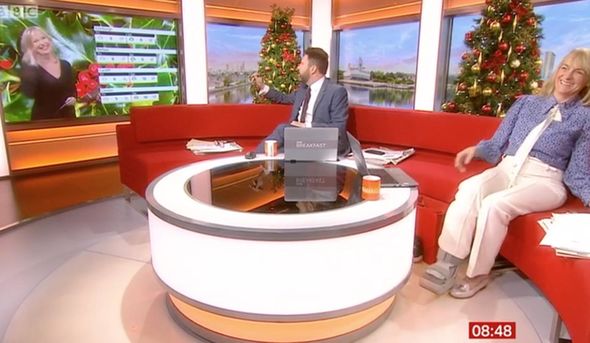 Louise then agreed to open her gift from Carol in private before noting the meteorologist’s own gift was on its way.

BBC Breakfast will face competition from Good Morning Britain on Christmas Day as the two shows will both air festive specials.

Piers Morgan and Susanna Reid will front GMB with Lorraine Kelly hosting her own chat show on ITV shortly after.

There will also be a This Morning Christmas episode as ITV aims to provide festive cheer.

The host quizzed him over the possibility of disruption to food and medical supplies after France closed its borders to the UK following the mutation found in the Covid-19 virus.

She asked: “Can I ask about the hauliers side because at the moment people leaving the UK [are impacted] but it’s likely to have an impact on hauliers coming to the UK.

“Will it have a direct impact on supplies? Should people be concerned by that?”

Shapps replied: “Quite often you get disruption on this route we call it the short straits between Dover and Calais and most people would be unaware it’s happening.

“In fact we’ve seen disruption weeks on end before and most people would never have noticed.”

Despite Shapps answering her straight away, the BBC Breakfast host continued to probe him over the issue leaving viewers irate.

“@BBCBreakfast Louise asking about haulier delays and a need to stock up as a result. Really? Is that responsible journalism? Put panic in the minds of idiots likely to respond in exactly that way,” one viewer complained on Twitter.

Another added: “FFS @louiseminchin desperate to get a scare story going. Keeps interrupting Grant Shapps to get onto her own agenda.”

BBC Breakfast airs weekdays on BBC One at 6am.