This week’s biggest home title doesn’t show on any VOD chart: It’s Marvel’s “Black Widow,” of course, exclusively available on Disney+ for $29.99. About 2 million of the platform’s subscribers paid for it, generating $60 million (and, a historical footnote as the first major title to acknowledge its PVOD “consumer revenue” in a press release).

Unlike theater grosses, “Black Widow” PVOD revenues represent a 100 percent return to the studio. Rival studios suggest that the domestic portion ranged between 67-80 percent. On that basis, Disney would have so far earned more from PVOD than in theaters. (That’s take-home, not gross.) A single weekend’s performance is not the final word for movies, theaters, or even Disney, but it suggests major implications for all concerned.

Another indication that PVOD remains a lucrative alternative to theaters is the strategy for home availability of “A Quiet Place Part II” which drops Tuesday — as planned, 45 days after its very successful theatrical release — on Paramount+. What’s surprising here is “A Quiet Place Part II” will also be available for download at $19.99. We’ve seen Warners and Disney open the PVOD window only after HBO Max and Disney+ had first crack, prioritizing their streaming services.

Similar to Paramount, Universal announced last week that Peacock subscribers would have to wait up to four months to the see the studio’s first-run films. They will be available on PVOD as early as three weeks after their theatrical release. Everyone wants to support their homegrown streamers — but not at the expense, it seems, of cash on the barrelhead. If Paramount chose to Paramount+ serve as the initial exclusive home for the film, that certainly would have served as incentive for more platform sign-ups. However, that PVOD revenue — 80 percent retained —  is too big to pass up, especially when a successful theatrical run will boost its take.

All four placed across the board, with “Nobody” with the highest overall ranking. Rounding out the group is the Megan Fox shackled-to-a-corpse horror entry “Till Death” (Screen Media/$6.99).

Two new entries debuted this week. “Closed for Storm” (Gravitas Ventures/$3.99), a documentary about the fate of an abandoned Six Flags amusement park in New Orleans, showed up at #7 at Google Play. “The House Next Door: Meet the Blacks 2” (Hidden Empire/$13.99), after three weeks in theaters, placed on both charts that rank by revenue.

Along with “Till Death,” “Werewolves Within” (IFC/$6.99), a second strong recent non-studio release, placed on three charts, including #2 at iTunes.

It doesn’t feel like a coincidence that Netflix unleashed its strongest group of original titles just as top films return to theaters. This week’s entries are typically diverse. “Fear Street Part 2 – 1978,” the middle film of this new trilogy, is #1 at the moment (“Part 1” is now at #3). Also strong are #2 “Major Grom: Plague Doctor” and #5 “How I Became a Super Hero.”

The last two titles are products of foreign producers (Russia and France, respectively). “Grom” is a latter-day vigilante story set in contemporary St. Petersburg. “Hero” involves Paris cops trying to intercept trafficking of a drug that grants ordinary people superpowers. Thierry Fremaux of Cannes may be bothered by the streamer, but for better or worse the international films they present get vastly more interest in the U.S. than the more acclaimed premieres shown on the Riviera.

iTunes and Google Play rank films daily by number of transactions, irrespective of revenue accrued. These are the listings for Monday, July 12. 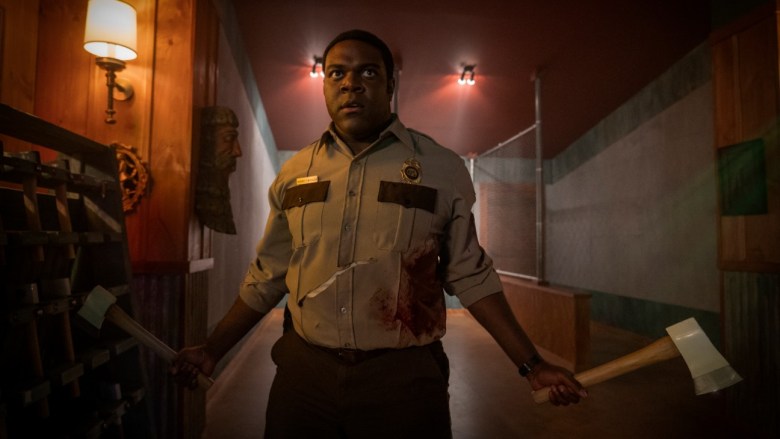 Most viewed, current ranking as of Monday, July 12; originals include both Netflix-produced and Netflix-acquired titles.