Black Widow is the latest film from the Marvel Cinematic Universe, featuring Scarlett Johansson as Natasha Romanoff. Fans will know Natasha sacrificed herself in Avengers: Endgame, meaning this movie will show her life going back to Russia to face her past before the events of Endgame. The teaser trailer has been released and now fans can get an idea of what to expect – and who will fetaure in the new movie.

At the moment, the trailer is available on YouTube and will soon be available to watch on ExpressOnline.

In the teaser trailer, Scarlett Johansson is seen looking at herself in a mirror, asking herself speaking about how her role with the Avengers has given her life meaning.

She says: “I used to have nothing and then I got this job. The family. But nothing lasts forever.”

As she is speaking, we see flashbacks to her old life, where she is in a ballet school and forced to shoot as a younger woman. 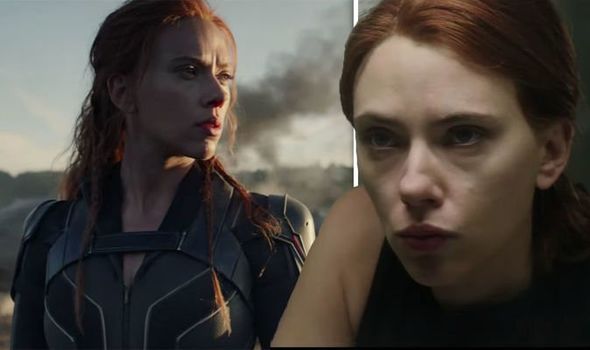 We also see trucks drive to a site where an older man is lingering, looking in charge but also incredibly sinister.

Black Widow then speaks to someone, after arriving on a train in a busy city, which we understand to be her home of Russia.

She is asked about leaving “in a hurry,” before she tells the person: “I’ve lived a  lot of lives but I’m done running from my past.”

Fans can then see her return to her home in Russia, where she fights with a woman in an apartment (played by Florence Pugh.) 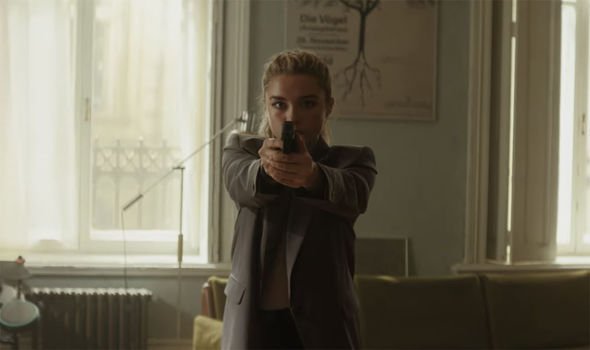 The woman announces that she can hear her in the apartment before they arrive at one another with their guns pointed.

Soon, we discover this is in fact her sister, and Natasha wants to involve her in a new mission as she announces they have “unfinished business.”

Natasha tells her sister: “We have to go back to where it all started.”

Soon, the action really starts, and the pair ride off on their motorbike before we see Natasha standing on what looks like a battle ground, looking out into the distance. 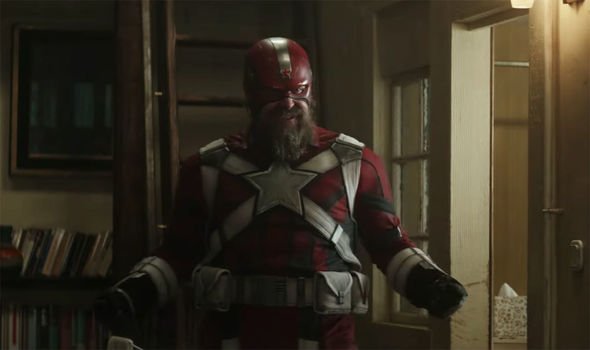 There are also shots of her and her sister jumping between buildings, jumping onto what looks like a naval ship and running through snowy mountains.

Natasha then adds: “One thing’s for sure, it’s going to be a hell of a reunion.”

At this, we see a woman with a bow and arrow, who is revealed to be Rachel Weisz, before we also see David Harbour dressed in a very tight red suit, wearing an epic helmet which barely covers his beard.

He announces: “It still fits!” and it becomes clear they are related to Natasha and her sister, perhaps their parents or guardians. 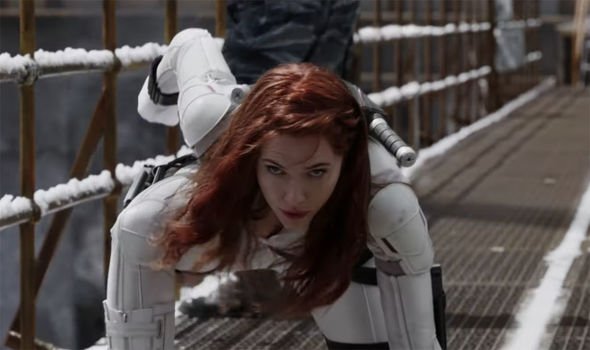 Within the action sequences, fans can also get an idea of where Natasha has come from, as we see a room full of leather-clad women fighting, or learning to fight.

It looks as though Black Widow has returned to where she trained, perhaps from where she escaped to join SHIELD.

However, it will likely not be a happy reunion, as Harbour is seen fighting with an angry man, and the music certainly suggests this is not a pleasant return to the country.

But it is likely, as is often the way with Marvel, that there will be far more to this than meets the eye.