Home » TV & Movies » Bradley Walsh broke his back in three places falling off a bull: ‘I fell slightly wrong’

The Chase star left viewers in hysterics with his new venture on ITV last week as the cameras followed him and son Barney round Florida. Tonight will see the pair explore the Smoky Mountains of the Tennessee-North Carolina border as they take on more adventures and Bradley revealed on This Morning how things took a terrifying turn as he broke his back in three places whilst bull-riding an American rodeo.

The show, which is back for its second series, has been hugely popular with viewers as it’s quickly become clear Bradley is not the biggest fan of being at one with nature.

Last week saw the star in a foul-mouthed outburst after the father and son duo swam with sharks.

He was visibly nervous as the challenge was revealed and struggled to face his fears.

Speaking after, Bradley said: “Oh, god. Old Barney boy he loves all that stuff, I mean fair play to him but it’s not for me. Best thing for fish is on a plate next to chips.”

As his son hugged him and tried to calm him down, his dad wasn’t convinced and seemingly swore before the watershed, leaving viewers shocked: “No thanks, mate. I wonder if they could smell the s***.” 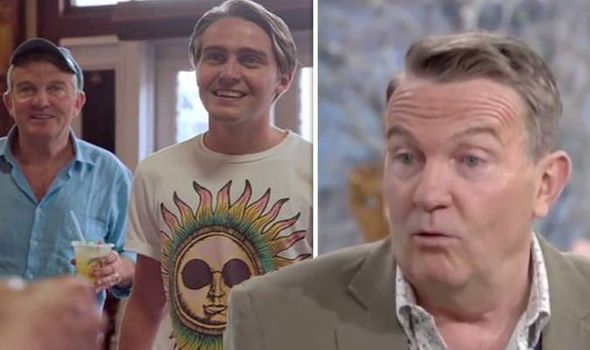 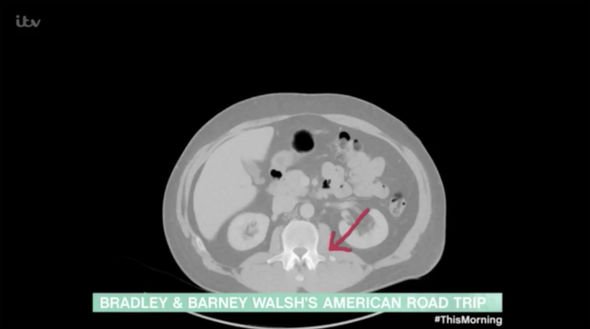 Today, the star opened up about his time shooting the series to Holly Willoughby and Phillip Schofield on today’s This Morning, leading him to he reveal the horrendous injury he suffered.

As the hosts quizzed the pair on the show, Phillip quickly told the audience about Bradley’s injury: “It is called Breaking Dad, and it is a great title, until it comes true.

“You properly broke yourself, you did break your back?”

Whilst Bradley tried to deflect attention, Phillip insisted: “We’ve got the X-Rays to show a broken back.” 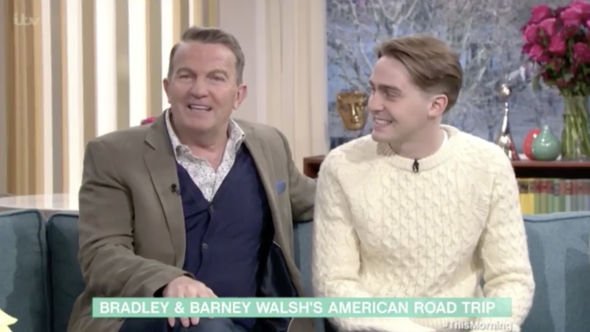 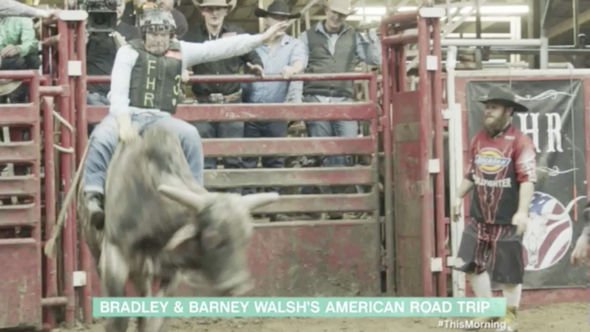 As the scan was shown on screen, Bradley told the hosts: “It sounds a bit more severe than it actually is.

Holly then asked: “What are we looking at here? This is your spine.”

Bradley explained: “So they’re called the transverse bones and what happened was, I fell awkwardly, purely my own fault.

Phillip asked if the star had fallen “off a bull” as Bradley continued to outline how he gained his injuries.

He told the pair: “My life’s ambition was to go on a rodeo and they always say to me… Barns says ‘What would you really want to do dad?’ and I’d love to do a rodeo, I love cowboy films, I love my cowboy films.

“You can go in the novice class with all the kids, and the girls, and the mums, and the dads, because it’s a family thing, and I go ‘Yeah, I’m having some of that.’

Holly replied: “And you really hurt yourself?”

Bradley joked: “Yeah I did, but I was walking within like five or six years… I was up and walking the following day and we were driving the RV.”

Tonight, viewers will the star return to screen with son Barney as they head north into the mountains of Georgia as they take on the next stage of their road trip – what will they get up to this week?