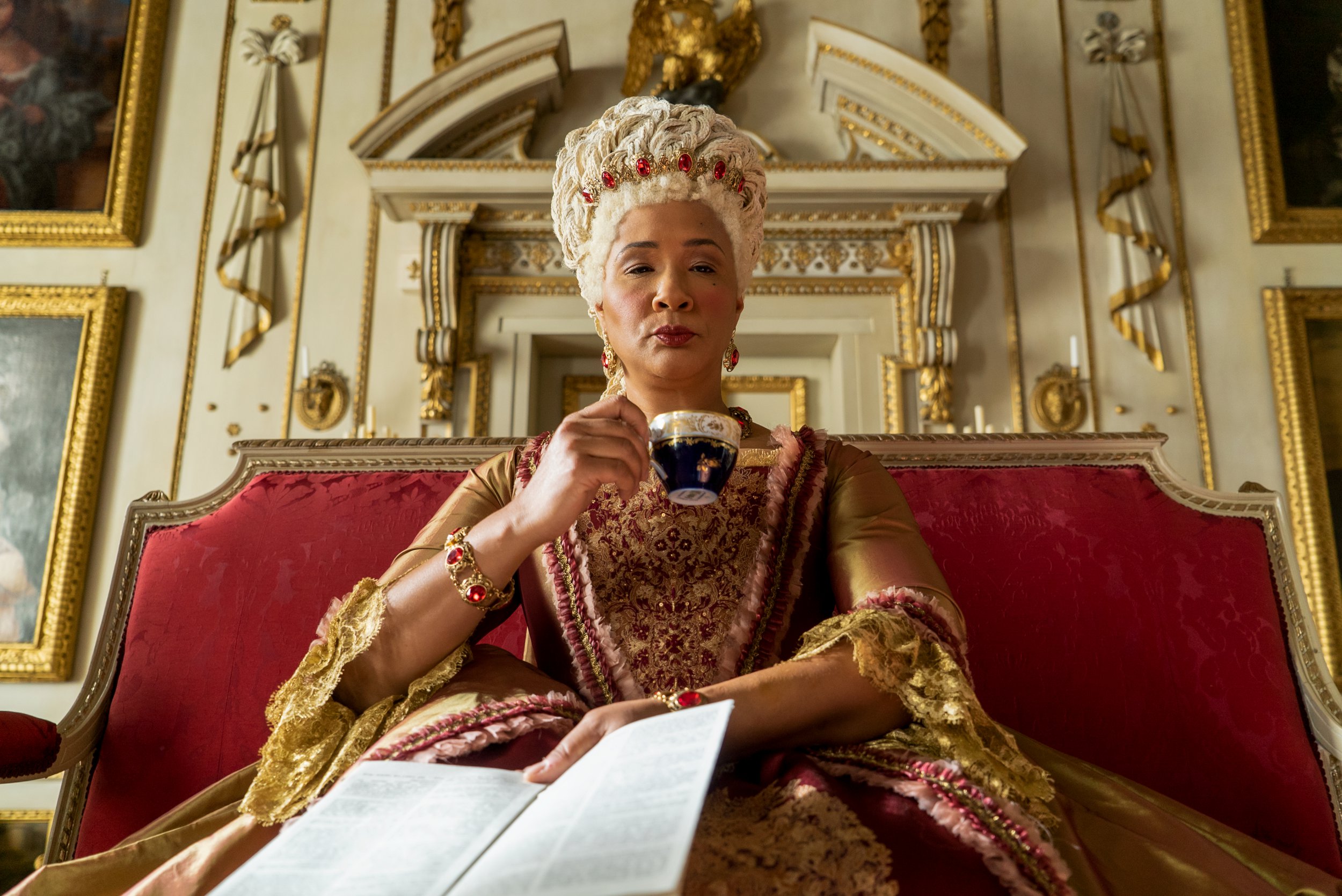 Bridgerton fans will be delighted to hear the latest gossip of Lady Whistledown’s papers, as the ostentatious Queen Charlotte is getting her own spin-off show.

According to The Hollywood Reporter, Bridgerton boasted an incredible 193 million hours of viewing time worldwide in the three days after its premiere, the highest for any English-language Netflix series in that time frame.

Considering its immense popularity, fans will be ecstatic at the news the period-drama world is expanding with Queen Charlotte’s backstory.

The regal monarch, played by Golda Rousheuvel, will have her own prequel series, focusing on her past, childhood and love life.

We’re not quite used to seeing Queen Charlotte in a romantic, youthful way, as all through the first two seasons her scary demeanour left other characters in awe and fear.

It won’t just be the young Queen Charlotte who will feature, as beloved characters Violet Bridgerton (Ruth Gemmell) and Lady Danbury (Adjoa Andoh) will have their own histories uncovered.

While most of these beloved characters are fictional, adapted from Julia Quinn’s historical romance novels, Queen Charlotte with her over-the-top wigs and incredible gowns is actually loosely based on a real Queen Charlotte of Britain.

‘Many viewers had never known the story of Queen Charlotte before Bridgerton brought her to the world, and I’m thrilled this new series will further expand her story and the world of Bridgerton,’ Netflix’s Head of Global TV, Bela Bajaria, said in a statement.

She added: ‘Shonda [Rhimes] and her team are thoughtfully building out the Bridgerton universe so they can keep delivering for the fans with the same quality and style they love. And by planning and prepping all the upcoming seasons now, we also hope to keep up a pace that will keep even the most insatiable viewers totally fulfilled.’

Speaking about the prequel to E! News, Adjoa said: ‘These relationships are long-lived between Lady Danbury, Lady Bridgerton and the queen. That’s what the prequel is going to talk about,’ adding that it would be ‘fabulous.’

Her majesty herself Golda added: ‘We’re going to still be in the world of Bridgerton. We’re not moving away from the world that we know and love Queen Charlotte to be in.

‘I think that’s really clever, because it kind of keeps us on the same track.

‘I think it’s really going to be interesting to see where she has come from and the things that have led her to her in the Bridgerton that we know and love.’

Although it’s a prequel series with a younger Queen Charlotte, Golda also teased she would be appearing in it.

It seems the prequel won’t be aligned with Julia Quinn’s collection of novels, in which Queen Charlotte is not a character.

However, Julia has introduced Violet’s younger life in the book Violet in Bloom, which is a part of the collection The Bridgertons: Happily Ever After.

Bridgerton is available to watch on Netflix.