ON the eve of a court case that could end the 13-year control of Britney Spears’s life by her dad, Netflix has released the most explosive documentary yet on her often dark and unhappy life.

Britney Vs Spears makes a series of shocking claims including that she was unable to buy school books for her children or even go for a burger without prior approval from dad Jamie — despite her being worth around £40million. 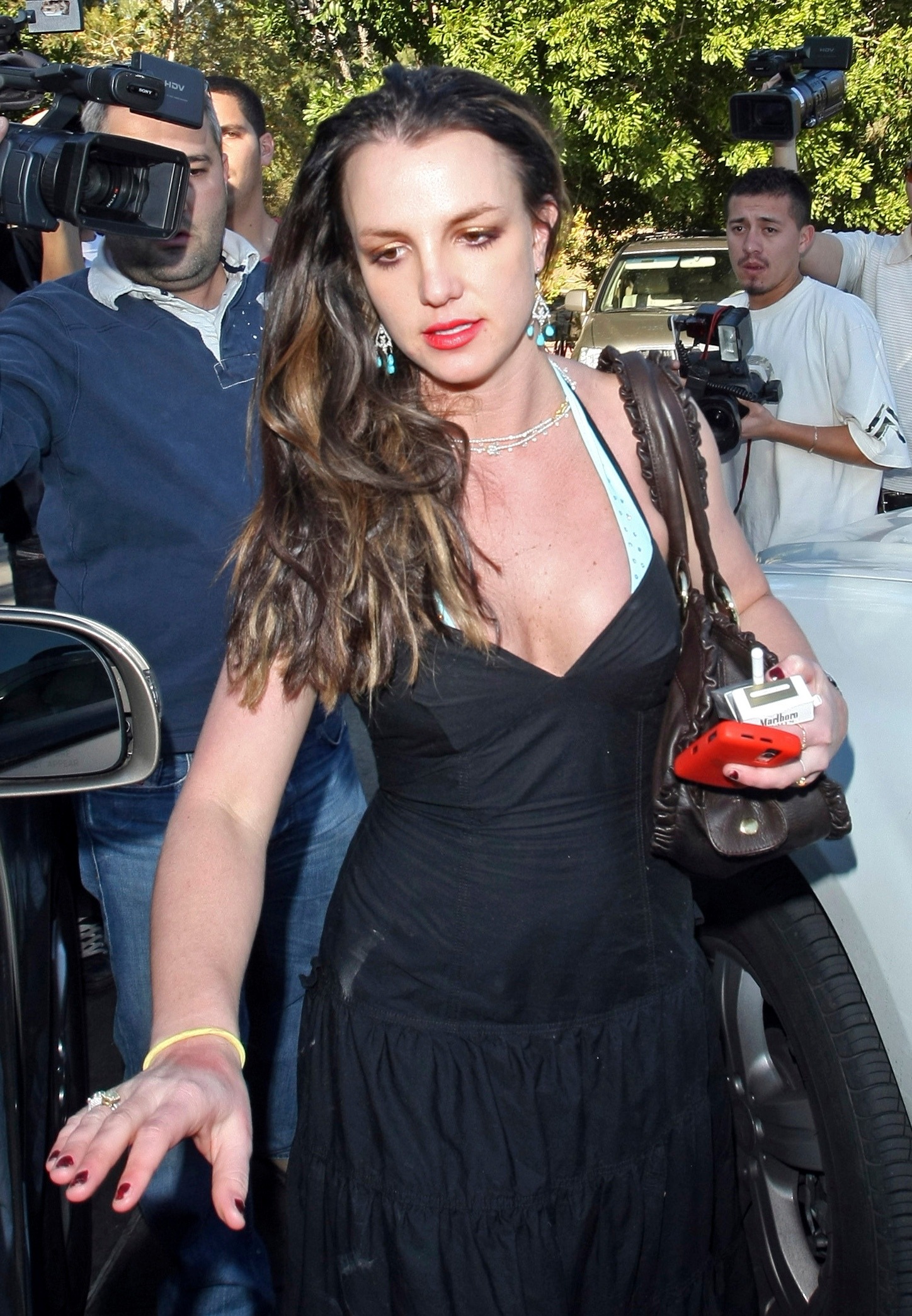 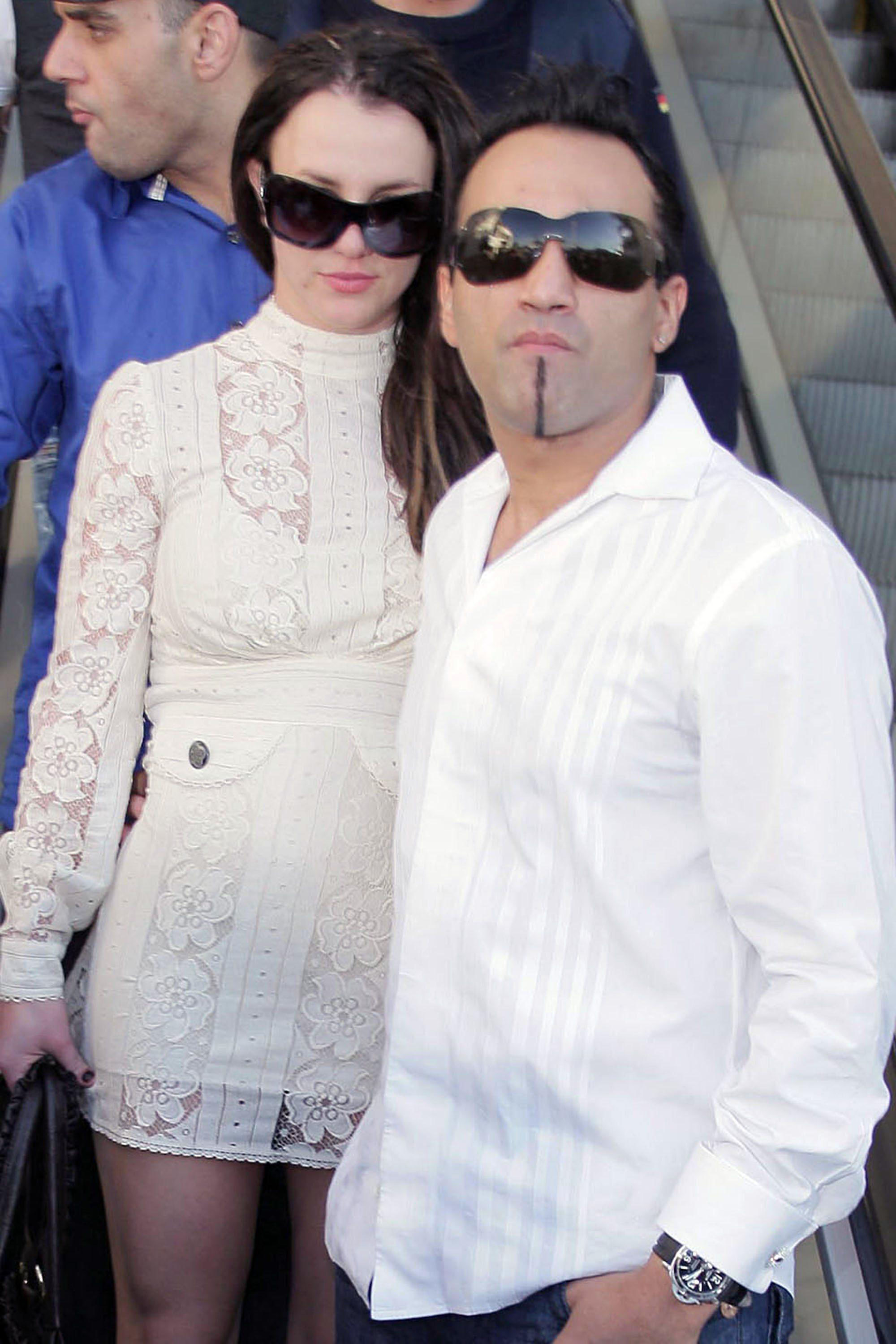 The documentary also alleges that she constantly begged those around her for help, only to find herself totally cut off from anyone who she confided in.

For the first time after more than a decade, Britney’s ex-boyfriend Adnan Ghalib speaks frankly in the programme about his time with the singer, telling of his fear that he would find her dead at the height of her troubles in 2007 and 2008.

Britney reached out to Adnan, a paparazzo originally from Birmingham, after he helped her put petrol in her car while she was being mobbed by cameras.

They dated for less than a year before her father took control of her life.

Adnan says Britney had no one to turn to as those around her all too often sold her out for cash or used her for their own gain.

The 49-year-old said: “It was a very simple, very easy relationship, but between her fans and everybody else, it was like I was the bad guy.

“There were nights when she was up and I had to stay up with her. And it’s hard to stay up for three days.

“But you have that very real fear that if anything happens to her they’re just going to blame you. It is so much easier to blame you.

“She was taking Adderall (a stimulant used to treat ADHD sufferers).

“I’m sure millions of people are taking Adderall but they become volatile and deadly when you’re going through a child custody case.

“What was apparent during that time is she never had one person she could trust — not Mum, Dad, friends or sister, nobody.

“That is a very scary and dark place to be.”

At the time Britney was fighting for custody of her young sons Sean Preston and Jayden James as her two-year marriage to dancer Kevin Federline broke down.

Those close to Britney talk to Netflix about what drives her.

Her long-term assistant Felicia Culotta, who worked for her between 1998 and 2007 and from 2009 to 2016, says: “Britney had a work ethic like no other but she was never motivated by money. She was just doing what she loved.”

Others tell of how she was close to obsessive about retaining access to her sons.

A lot of people argued that she was crazy, and I f***ing hate that word.

Adnan says: “There’s other people that tried to help. They paid a heavy price.

“A lot of people argued that she was crazy, and I f***ing hate that word.

“Would you say she was upset, angry, hurt? I chose those before I chose crazy.”

In never-before-seen messages between the singer and Adnan, an emotional Britney moaned that she was “f***ing sick” of her father trying to overpower her and begged her then manager Sam Lutfi to talk to a lawyer on her behalf.

At rock bottom, she wrote: “I hate my life.”

In the documentary Sam recalls a harrowing story of how he and Britney were ordered back to her LA home by her father after a court granted him conservatorship over his then 27-year-old daughter in 2008.

Sam, 47, who was Britney’s manager when she recorded her iconic 2007 album Blackout, says they were met by Jamie with four security guards and two police officers at the property’s gates.

Sam, who was accused by Jamie of being a dangerous and negative influence on Britney, recalls: “I got a phone call from her father and he said, ‘You need to bring her home now. I am the conservator of her estate’. It was all so extreme.

“It was devastating to pull up at the gates and her father was there with four security and two officers.

“She freaks out. Who are these people? She looked at me and I am trying to be the one who protects her.

Britney had a work ethic like no other but she was never motivated by money. She was just doing what she loved.

“I tried to calm her down but I could not. I explained to her that Jamie is her conservator. She doesn’t talk, she goes completely silent.

“They escorted her to the house and that was when the realisation was, ‘I don’t think things are going to be the same any more’.”

In one particularly harrowing account of how trapped Britney felt, a Rolling Stone journalist tells how she worked with Sam and Adnan to try to find a way to help the singer.

In January 2009, the trio managed to sneak court papers to Britney via a changing room at the five-star Montage Hotel in Beverly Hills for her to sign to help her get her own lawyer — something prohibited by the conservatorship.

The singer signed the papers on the floor of a toilet cubicle, hoping it would force the court to grant her the power to select her own legal representative.

But it was ruled that she lacked the capacity to choose a lawyer and her wishes were silenced once more.

Netflix’s doc comes hot on the heels of two New York Times documentaries — Framing Britney Spears and Controlling Britney Spears, as well as a BBC special, The Battle For Britney, earlier this year.

Speaking publicly in court for the first time on June 23, Britney told how she has lived in fear and hurt for the past 13 years and called for her father to be imprisoned for his actions.

Talking fast, as if she was in a hurry to get her words out, she claimed that against her will she had been put on lithium, used as a psychiatric medication, after cancelling her planned 2019 Domination residency in Las Vegas.

Britney said: “The people who did that to me should not be able to walk away so easily.

“Not only did my family not do a goddamn thing, my dad was all for it. He loved every minute of it.

“The control he had over someone as powerful as me, one hundred thousand per cent, he loved it.

“After I have lied and told the world I am OK and I am happy, it’s a lie.

What was apparent was she never had one person she could trust – not Mum, Dad, friends or sister, nobody

“I thought if I just said that enough then maybe I might just become happy, because I’ve been in denial.

“I’ve been in shock. I am traumatised. But now I am telling you the truth, OK? I am not happy. I can’t sleep. I am so angry it’s insane.

“I cry every day. My dad and anyone involved in this conservatorship should be in jail.”

She added: “It’s embarrassing and demoralising what I’ve been through.

"That’s the main reason I’ve never said it openly — I honestly didn’t think anyone would believe me. I just want my life back.

“It’s been 13 years and it’s enough. I feel ganged up on and I feel bullied and left out and alone. And I am tired of feeling alone.”

Today, Los Angeles Superior Court will rule on whether Jamie will be removed as Britney’s conservator, as well as on the wider issue that the conservatorship should be totally dissolved.

The court showdown comes after a flurry of high-profile execs quit their roles in Britney’s inner circle.

I cry every day. My dad and anyone involved in this conservatorship should be in jail.

In July her manager Larry Rudolph resigned after 25 years of guiding her career, as well as her long-time court-appointed attorney Sam Ingham, with Matthew Rosengart replacing him several weeks later.

On September 7, amid mounting global pressure from the fan-focused Free Britney movement, Jamie himself formally asked the court to remove him as conservator and recommended the conservatorship be terminated.

Ahead of her judgement day, Britney’s newly-appointed lawyer Matthew Rosengart sent a blunt warning to her father: “Mr Spears and his council are now on notice.

"The status quo is no longer tolerable and Britney Spears will not be extorted.

“Jamie Spears is toxic to the wellbeing of Britney and she deserves to be free.” 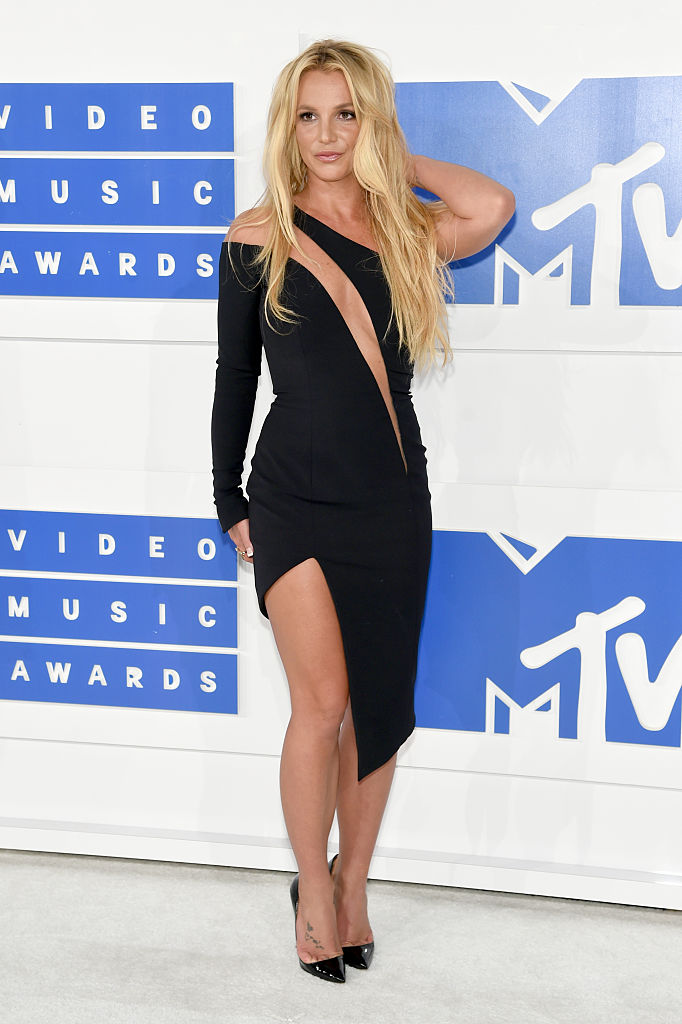 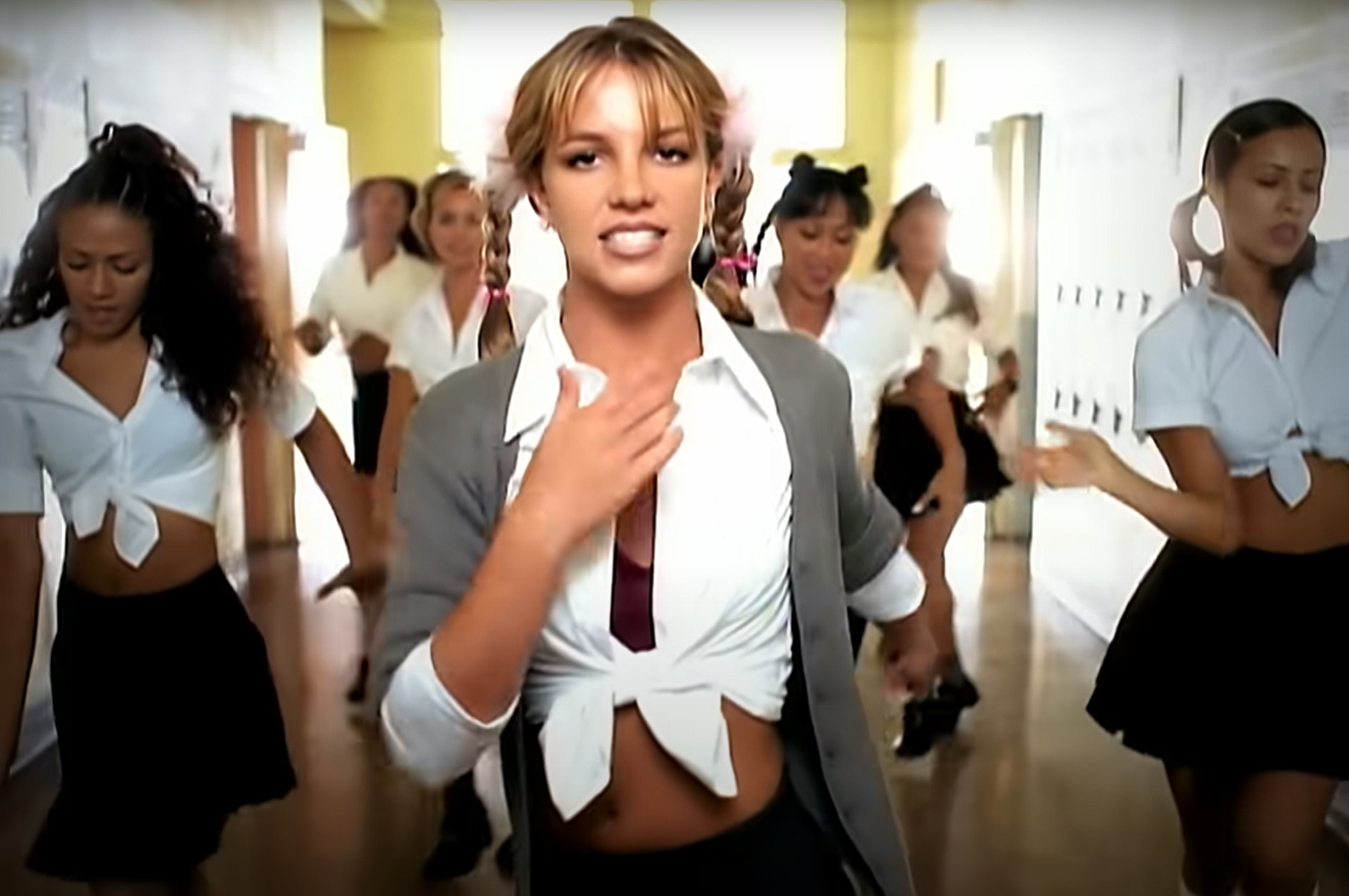 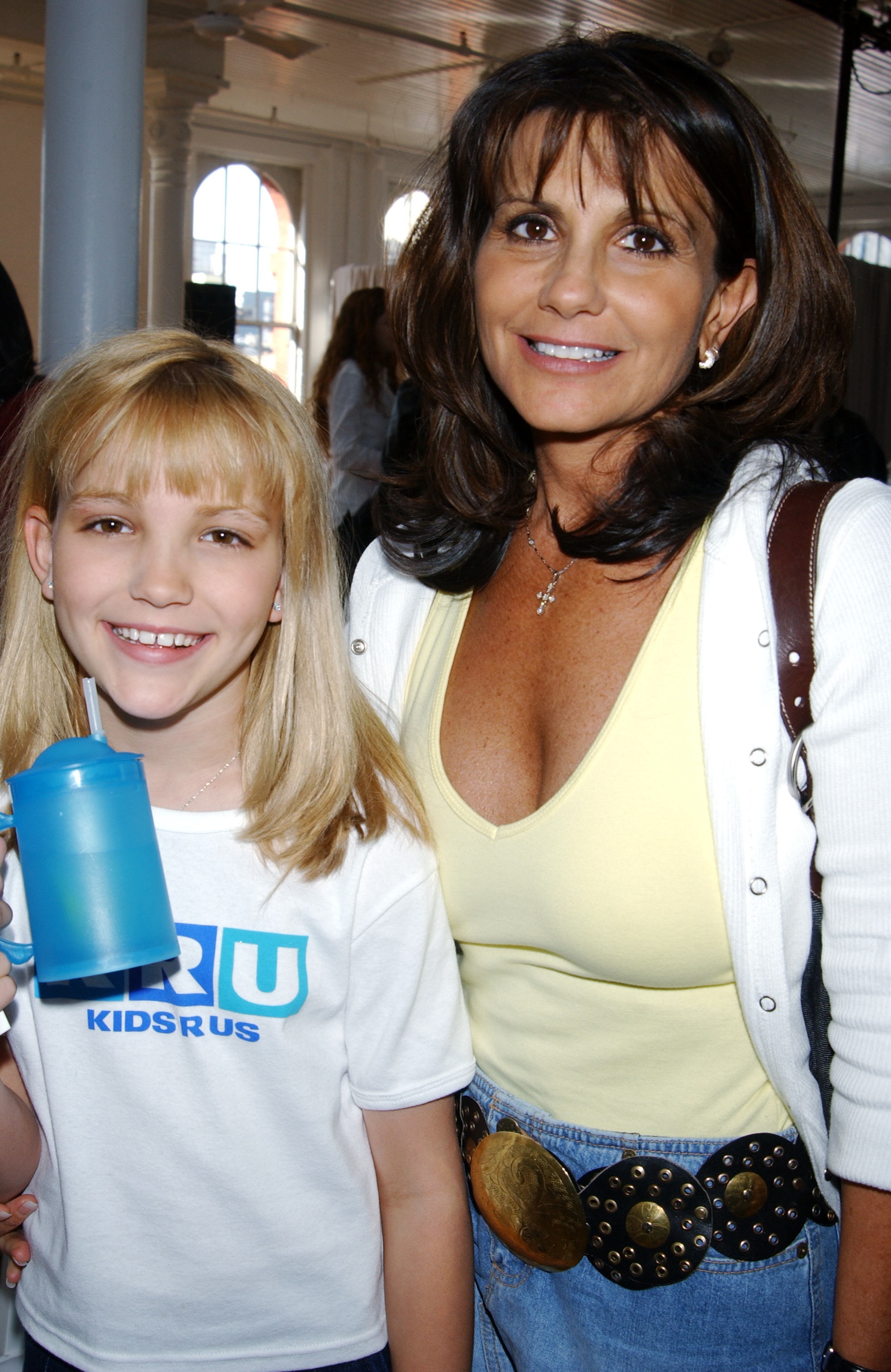 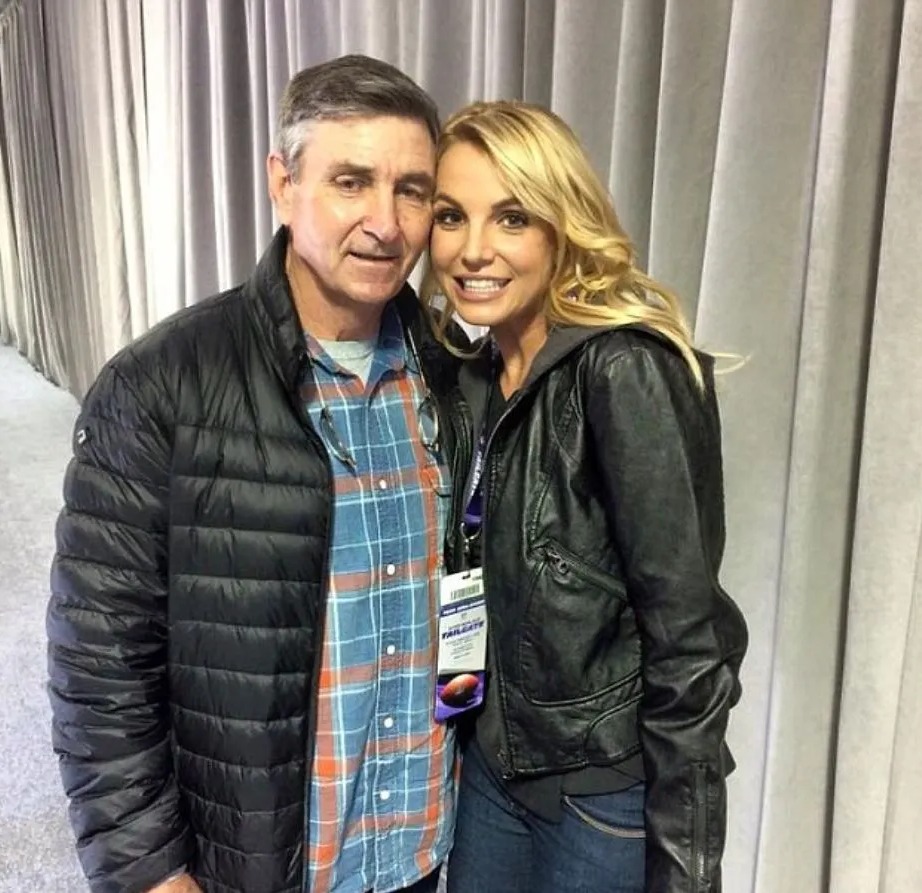