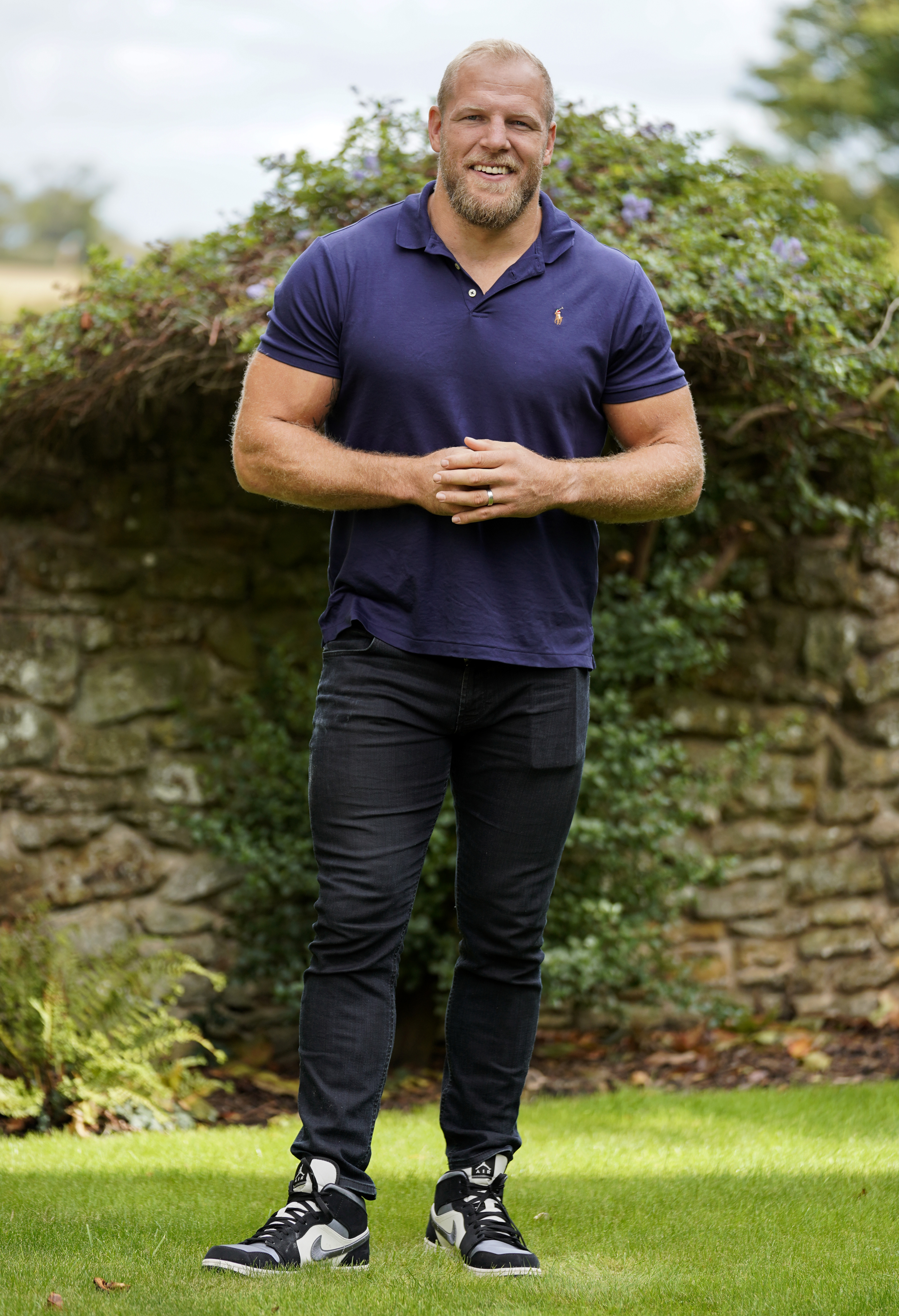 “My wife and I did the numbers game [where each partner says how many people they have slept with] and I was having absolutely no part in it.

“Instead I said the standard response of 12 — no more, and no less. All that stuff, it’s completely irrelevant. Do I need to go into the minutiae of details of the past? No.

“I’ve always joked about that concept that there’s no point going to heaven with a load of virgins as they don’t know what they are doing. I can’t think of anything worse. 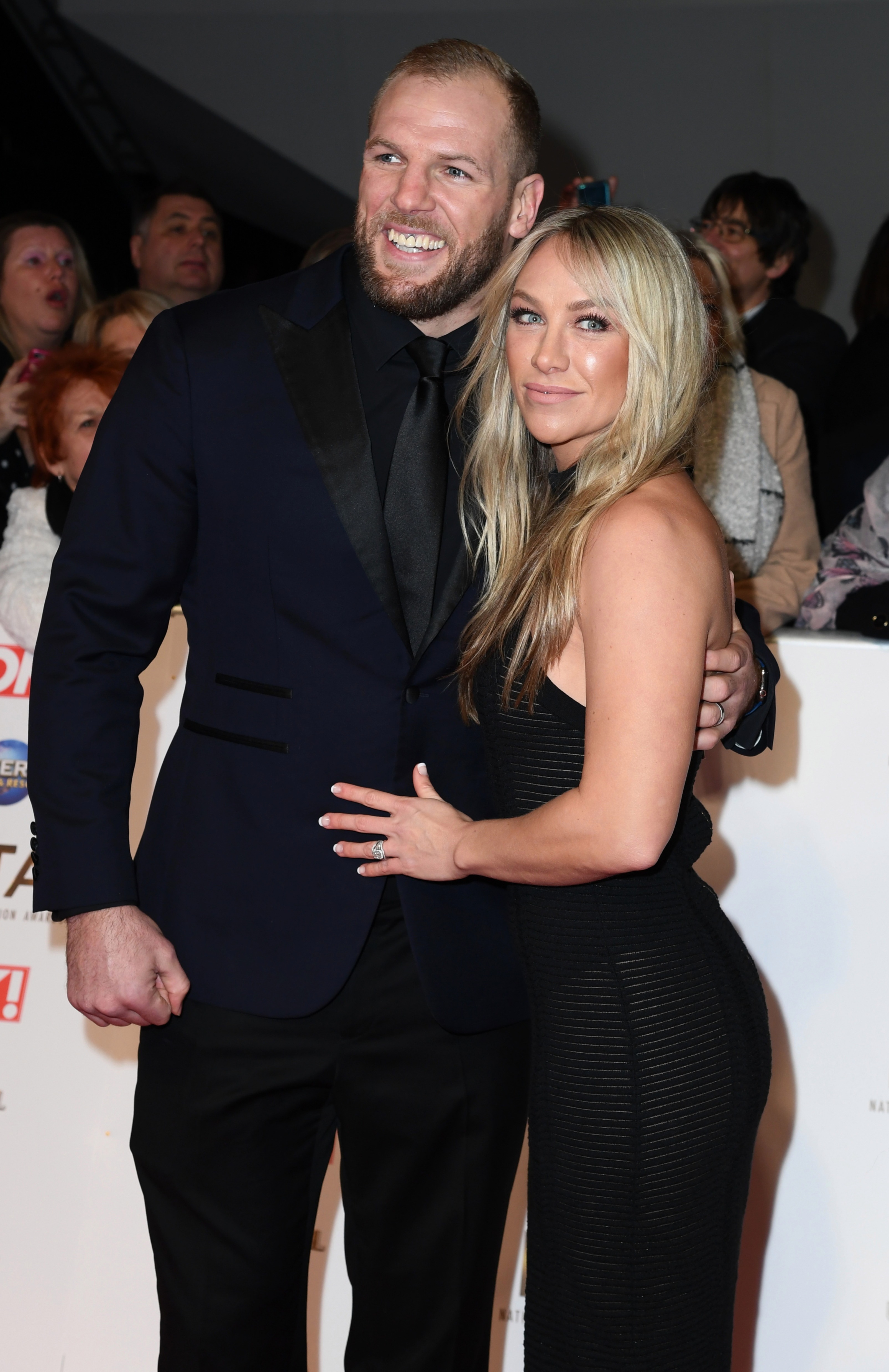 But James, 35, suggests his wife is just as much a fan of X-rated movies as he is. 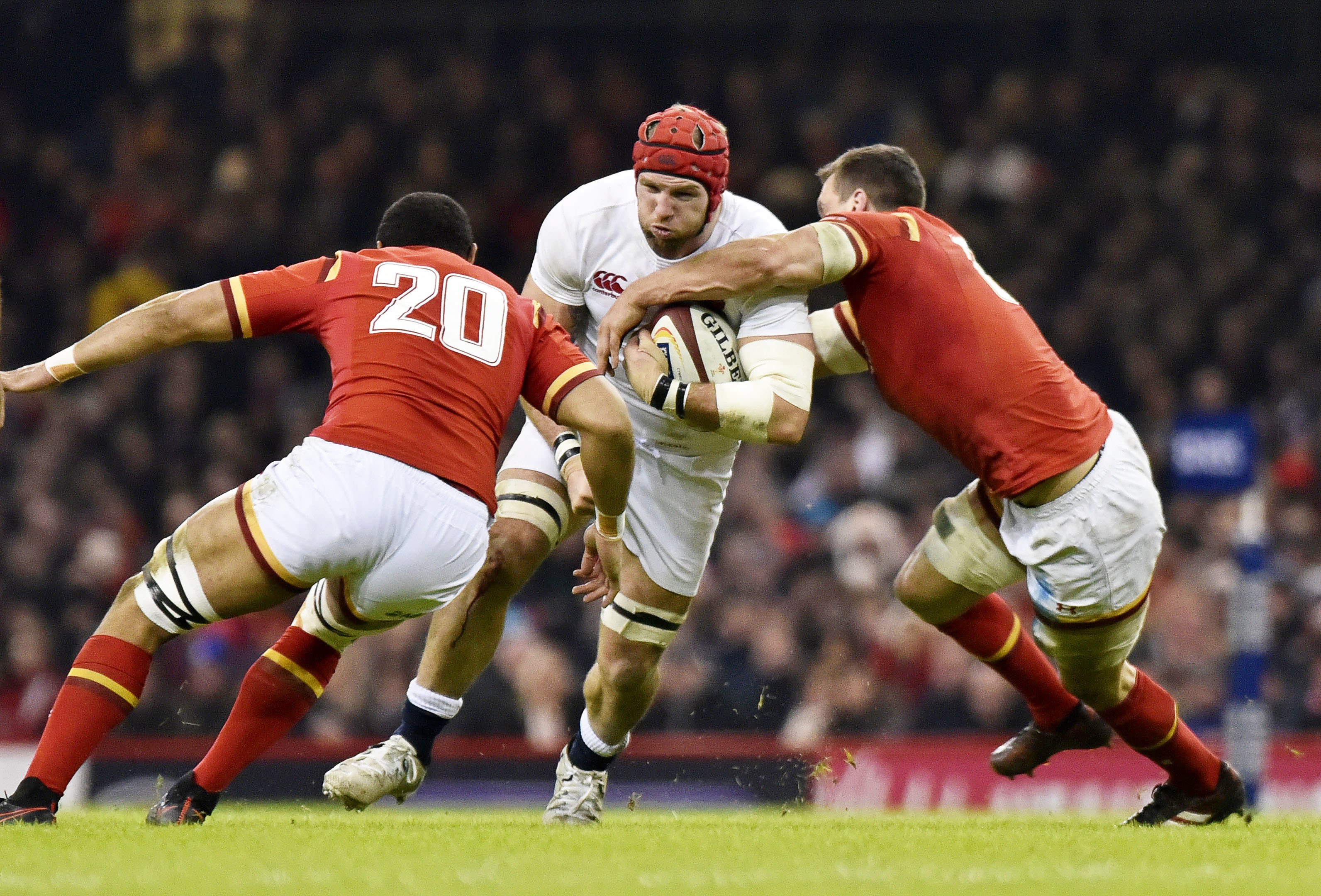 Chloe, who is currently quarantining in the couple’s Northants home following a two-week trip to France, clearly wears the trousers.

Having previously lost a lucrative car deal after bragging about their sex life, James — who appeared on last year’s series of I’m A Celeb — still refuses to kowtow.

He has just written a brilliant warts-and-all autobiography, What A Flanker, detailing everything from gruesome rugby initiations — one involves a bottle of beer and a player’s bottom [don’t ask] — ex-girlfriends, showbiz tales and the royals [he’s friends with Prince Harry]. 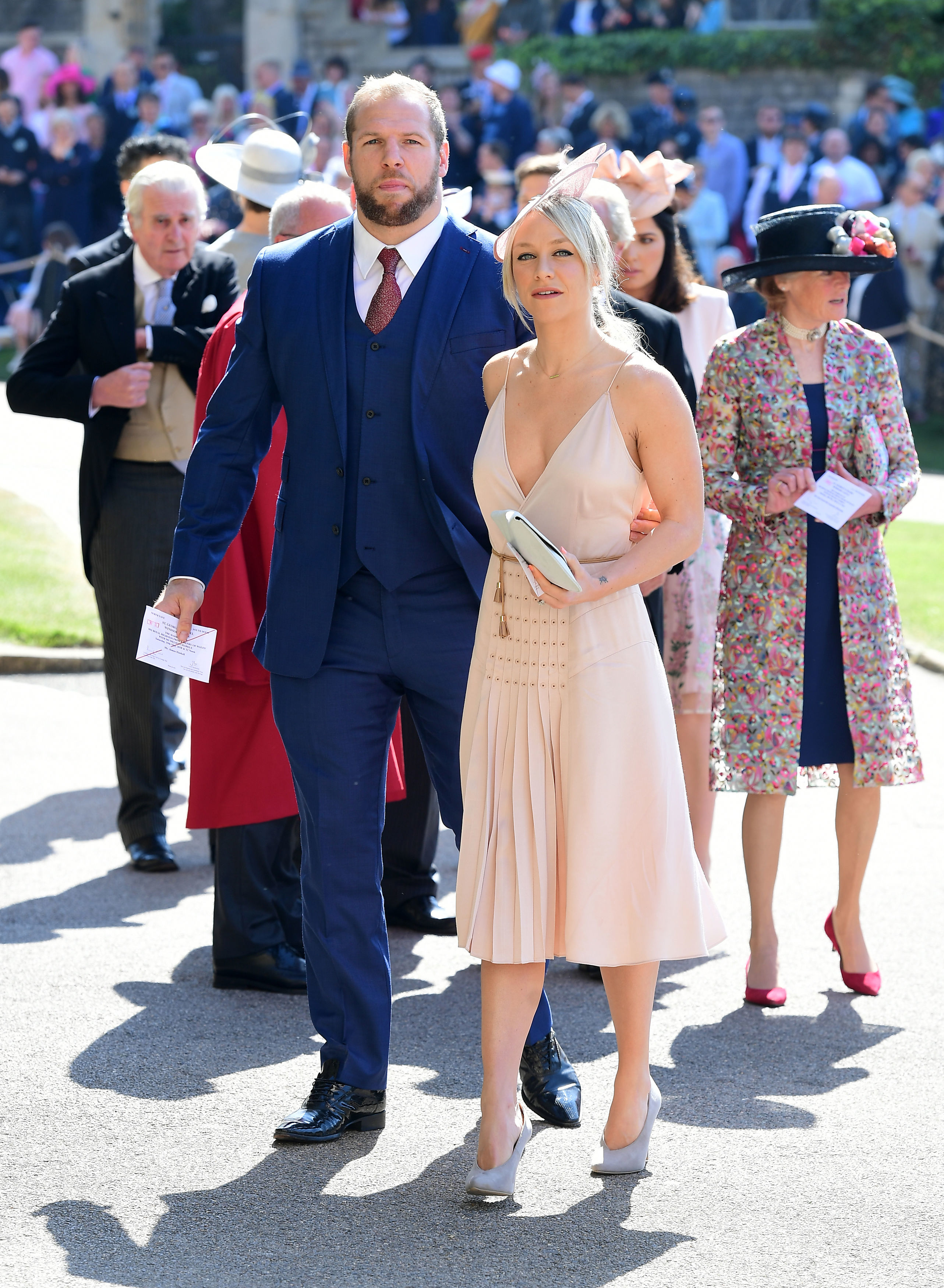 It’s not for the faint of heart.

But while he may come across as a big, blustering rugger bugger, his 2018 Berkshire wedding to Chloe — daughter of TV legends Richard and Judy — has softened him.

There’s a whole chapter devoted to the blonde fitness guru, and James is clearly devoted.

He says: “I knew she was The One when I was in hospital, recovering from another operation, and she was haranguing hospital staff, offering to pay for a bed in hospital so she could be by my side. 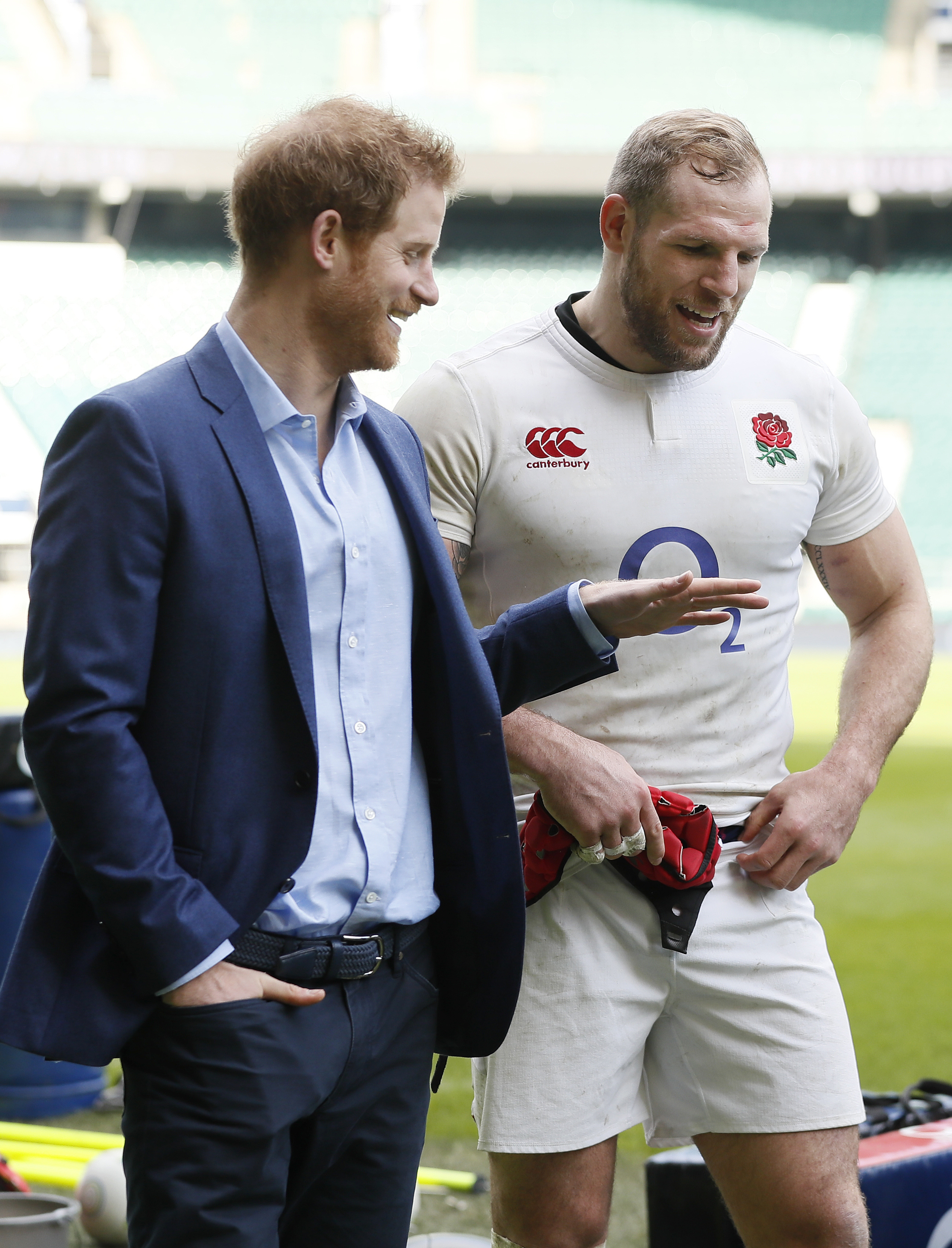 “I knew then she wasn’t going anywhere.

“Chloe is the glue that holds everything together. She looked after me when I was injured and down, she nursed me back to health.

“She stayed by my side, and she learned about rugby when she knew absolutely nothing about the game before meeting me. Plus, she’s fit . . . and sometimes funny.”

The couple’s relentless banter led them to launch their Couples Quarantine podcast earlier this year. It quickly became one of the UK’s most listened-to broadcasts.

PRINCE Harry and Meghan Markle have had their critics of late but James isn’t one of them.

After meeting through Harry’s job as patron of the Rugby Football Union, the pair became good friends off the pitch.

James and Chloe were guests at the royals’ Windsor wedding in 2018, and he is in regular contact with the prince.

James says: “Harry seems all right. As far as I’m concerned he’s on good form. But I think the narrative around them is b*ks.

“People are looking through a frosted window, trying to guess what’s going on. Why are they so invested?

“I really respect them for all they have been doing. I think you only get one life and they need to do whatever it is that makes them happy. They seem to be doing that.

“Harry wouldn’t have done what he did if it wasn’t the best thing for him and his family.

“He is an unbelievable judge of character and he wouldn’t have someone in his life who wasn’t amazing, and by all intents and purposes [Meghan] is lovely.

"And if my friend likes her, I like her.”

Typical of their playful relationship, James teases: “Chloe does around 90 per cent of the cooking but when I do cook, it’s done. We don’t talk about it after.

“When she cooks, there’s a little medal ceremony after. Little trophies are handed out, there’s a minute’s silence and a lot of acknowledgement. We actually clapped for Chloe around here on a Thursday night.”

Dotted around their house are framed photographs of comic TV character Alan Partridge. Two have pride of place in the downstairs loo.

Chloe chimes from upstairs: “He demands a signed photo of Alan at every DJ gig he does, alongside a pot of Pringles and whisky. 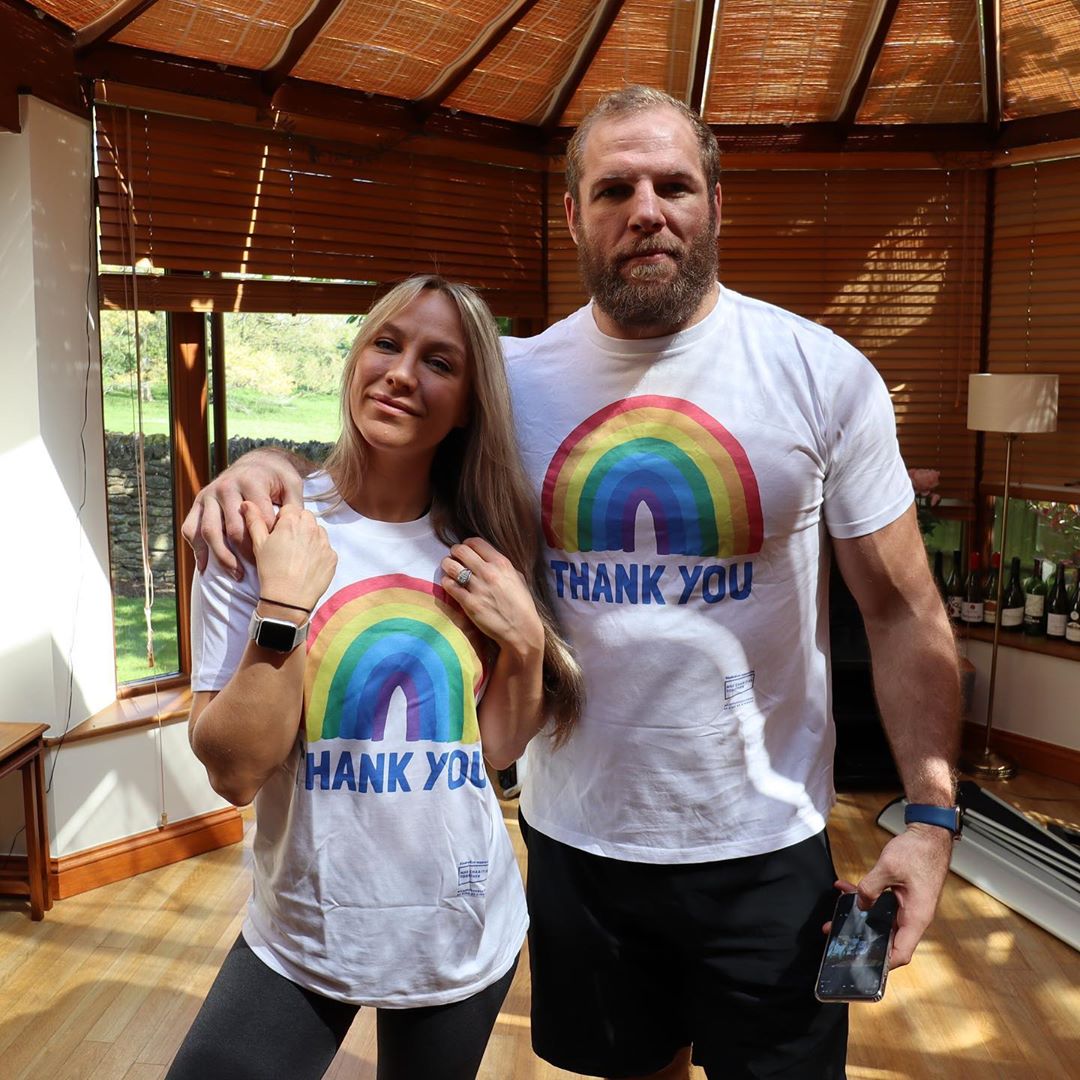 "I’ve asked him if we could have nice pictures of us around the place instead, but no, Alan Partridge stays.”

Back to James. The 6ft 3in behemoth — who consumes 3,600 calories a day — has previously been reluctant to discuss babies but today admits Chloe is getting broody.

He adds: “In lockdown she started talking about wanting a baby for the first time. 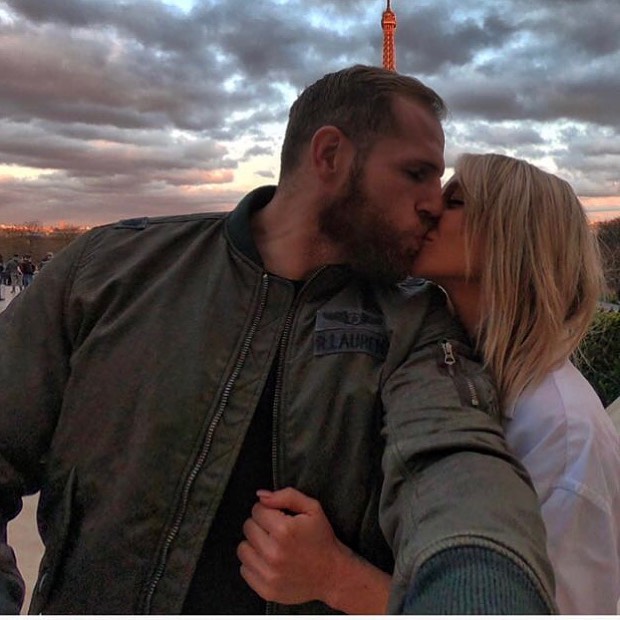 "Chloe was previously undecided but I am being shown a lot of baby pictures.”

While they appear to have the perfect marriage, James admits they have their moments just like any other couple — and have considered couples therapy in the past.

He adds: “When Michelle and Barack Obama said they’d struggled as a couple, and that they’d gone through therapy, I found that really interesting.

“There’s a lot of stigma around reaching out to people for help. Therapy really helped me when I quit rugby, and I would encourage anyone to do it. 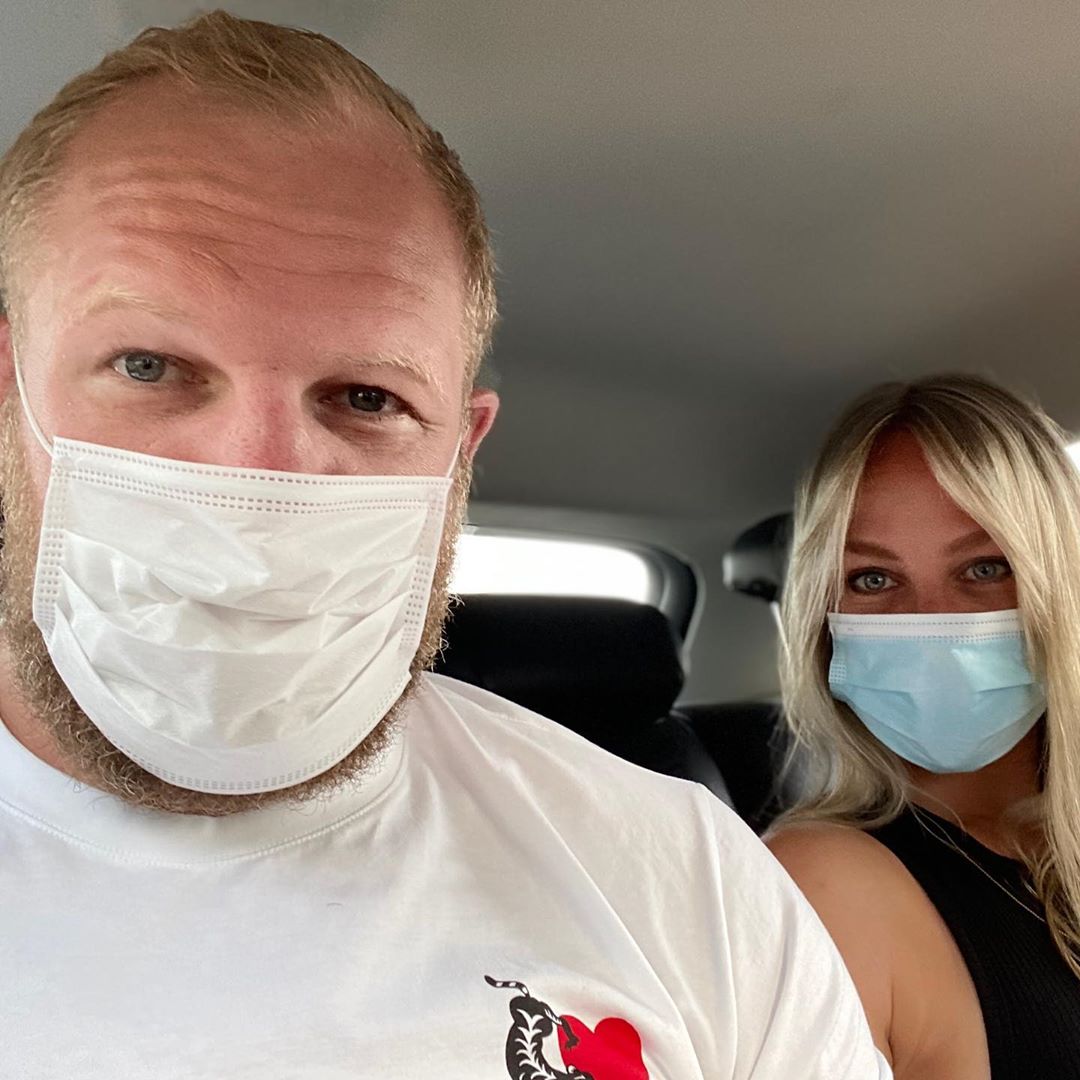 “Like any couple, we have our ups and downs. We do argue and we both have very staunch, often differing opinions.

“We have rows often about the most innocuous things. Most couples have things around communication. But we’ve never split up.

"We row, but we love each other. We’ve done some therapy individually, and couple’s therapy is something we’ve talked about and we looked into doing it.”

Last May the star announced his retirement from rugby after 17 years. 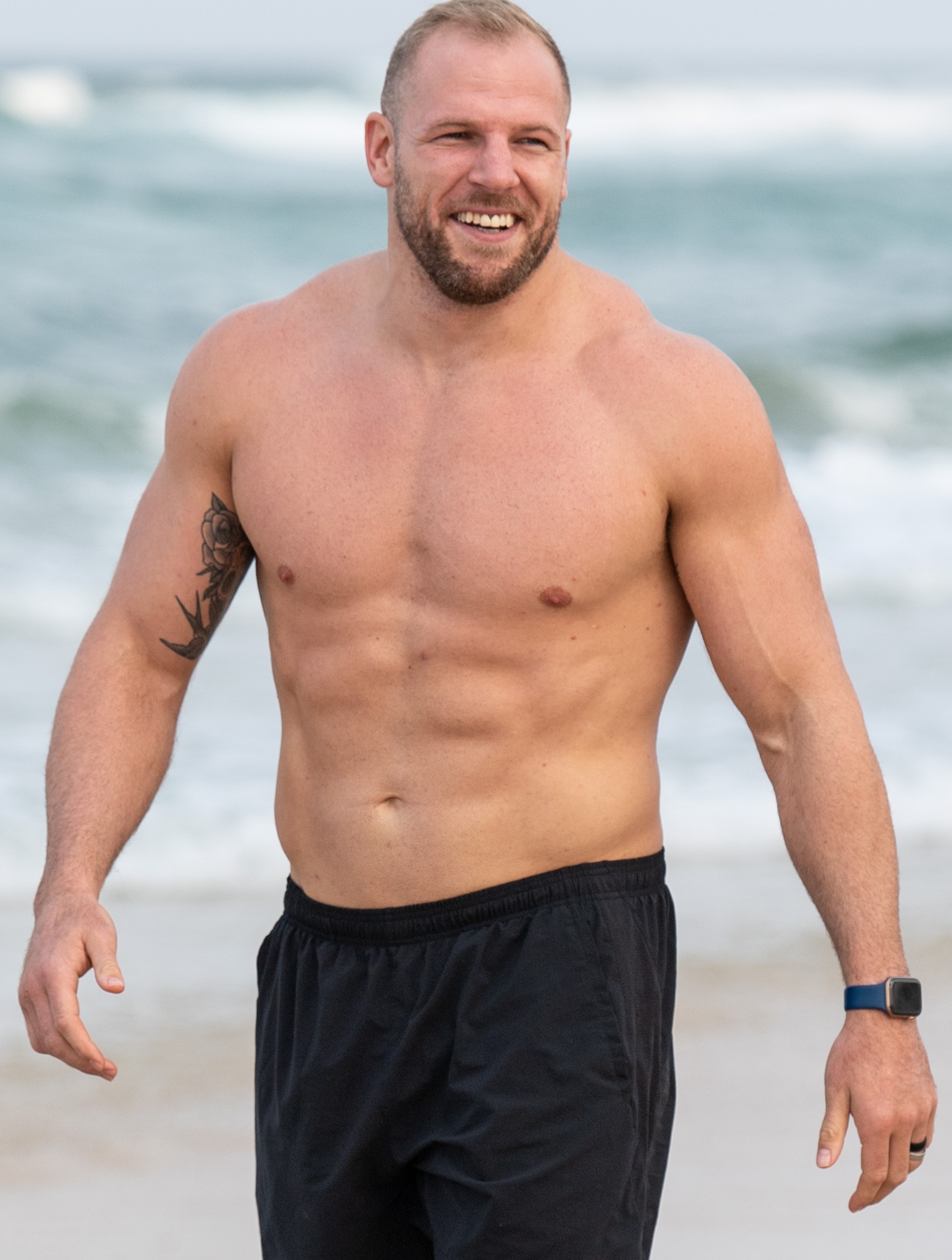 With 77 England caps and two World Cups under his belt, James has also endured four major operations, and been left with crippling arthritis in his ankle, a bulging disc and neck pain.

It would have been a good excuse to slow down, but James is a self-confessed workaholic.

In addition to daily workouts in their home gym, he DJs at nightclubs, has had his debut house track signed, and makes regular TV appearances as a sports pundit.

He has featured on the BBC’s A Question Of Sport and while he is quick to praise “fantastic” axed host Sue Barker, he believes it is time we “address the imbalance” on the channel and give BAME talent the opportunity to shine. 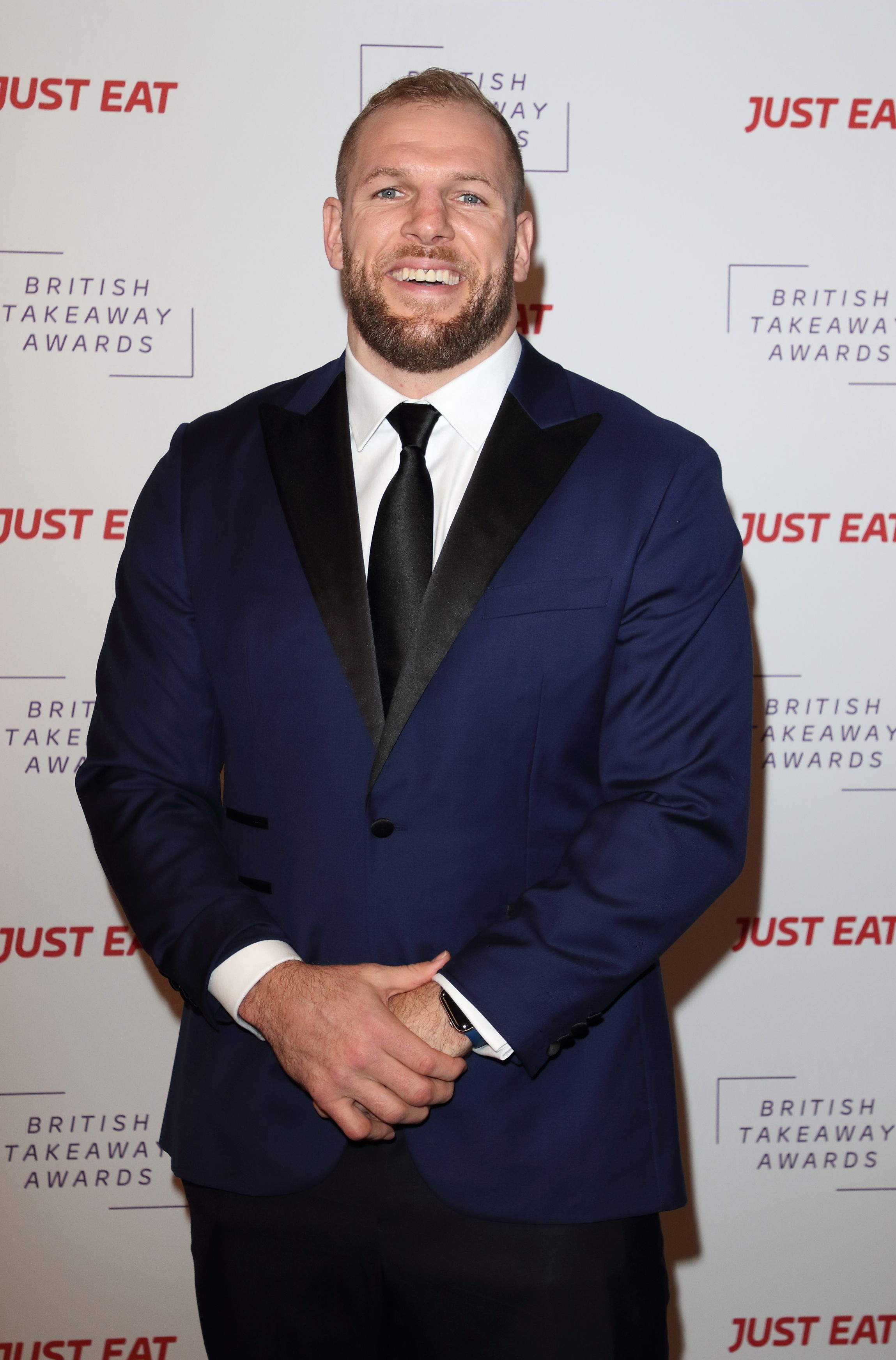 He also lends his support to possible replacement host and Olympian Alex Scott.

James says: “In terms of diversity and equality, it’s important we do the right thing now as there’s been an imbalance for so many years.”

On his own career, he adds: “If you’re honest and open, the opportunity to get stitched up lessens. So I just conduct myself how I am.” 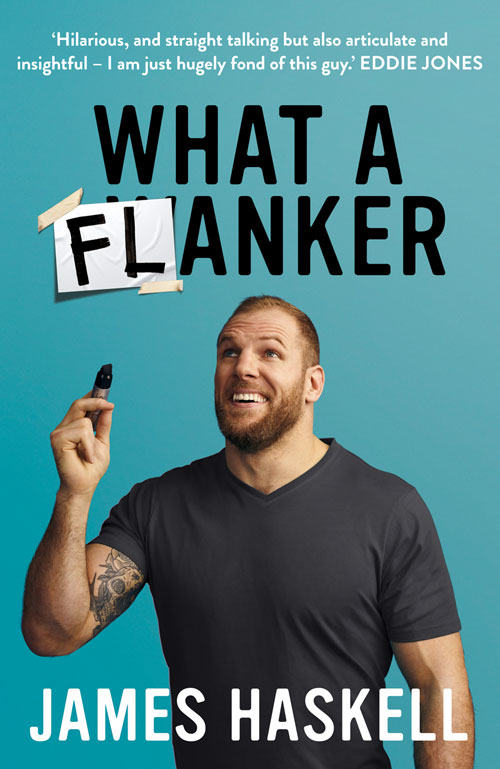 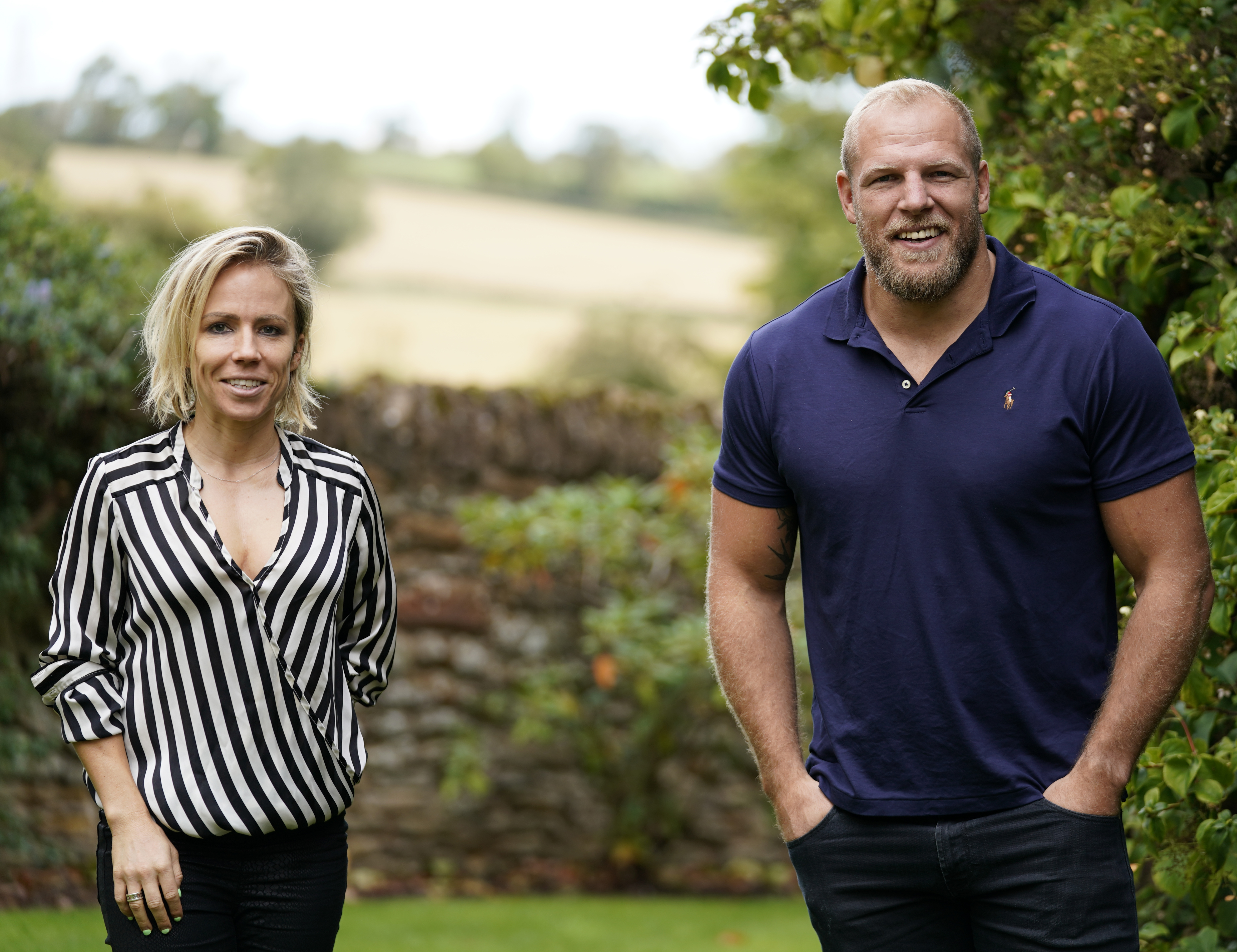