In the opening moments of “Herself,” Sandra (Clare Dunne) plays dress-up with her two young daughters. Applying eye shadow on her mom, one of the girls asks about a birthmark under Sandra’s eye. “I was born with it,” Sandra replies. When she was in God’s art shop, Sandra explains, He gave her a mark to distinguish her — “because there’s loads of Sandras in Dublin.” It’s a beautiful moment, establishing the bond between Sandra and her daughters and Sandra’s patience and warmth as a mother.

Moments later, the calm breaks. Sandra’s husband, Gary, arrives home in a fit of fury. As their daughters flee from the apartment, Gary grabs Sandra and pulls her to the floor, stomping on her wrist as she lies bleeding. In that moment, Sandra’s earlier line — about all the Sandras in Dublin — takes on another meaning, one that conveys the ubiquity and invisibility of domestic violence.

“It was actually, really subconsciously saying to the audience: There’s loads of women like her,” Dunne said in a recent interview. “You just don’t know.”

Dunne, the film’s star and co-writer, came up with the idea for “Herself” half a decade ago, when a friend of hers — a single mother of three — called to say that she’d lost her home in Dublin. At that moment, Dunne was in New York doing auditions during pilot season. Wanting to help her friend, Dunne started searching online for solutions, ultimately stumbling upon the work of Dominic Stevens, an Irish architect who designed and self-built a home for only 25 thousand Euros. 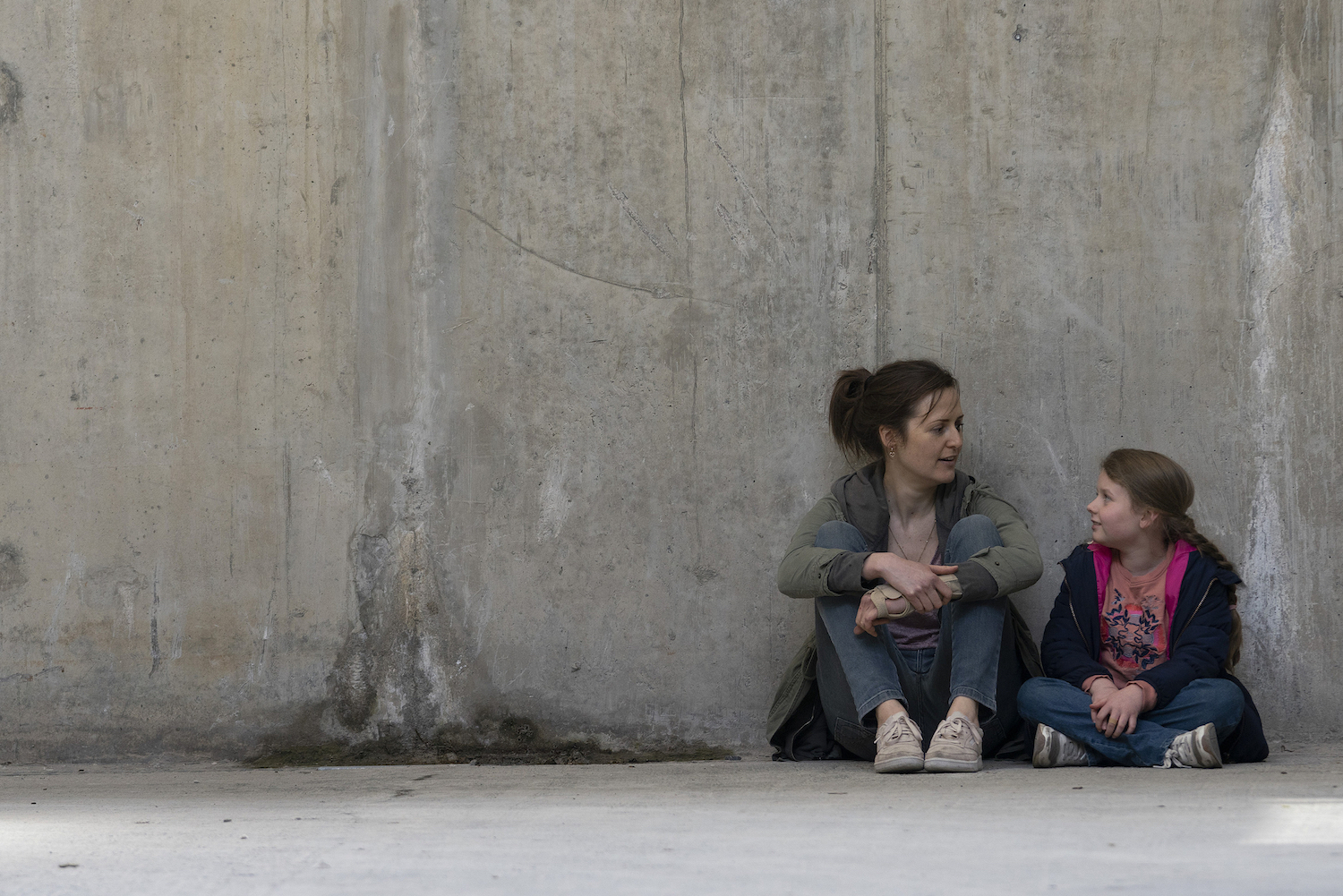 His method sparked Dunne’s imagination. What if she wrote a screenplay about a single mother who finds community and recovery through self-building?

The idea grew into “Herself,” directed by Phyllida Lloyd, a lovely and powerful character study that explores how women can find self-determination through acts of collective strength. After the distressing opening — in which Sandra is saved after her daughter brings a “safety box” with a 911 message inside to a nearby store — the story goes on to trace Sandra’s quest to rebuild her life as she and her daughters venture out on their own. That rebuilding takes on a literal dimension when Sandra, faced with a series of shoddy accommodations, decides to construct a new house from scratch.

In doing research for the screenplay, Dunne became an expert in the practicalities of self-building, but she also became absorbed by the more theoretical question of what makes a home a home. “Your house is your own little universe,” she said. “Buildings can create certain energies, and the space created, or the furniture in there, or what the walls are made of — I just never realized how much it affects us.”

Sandra goes through a similar reckoning. At the start of the film, the house represents a destination for Sandra — a “holy grail.” But what it becomes, Dunne said, is “a huge journey. She’s obsessed with finishing it and moving into it, but what she doesn’t realize is the journey of making it is the true gift. Every day she’s breaking down barriers inside herself — having to ask for help, having to communicate with people in a new way. Her PTSD is sort of weirdly getting healed by just being in the fresh air and staying in the moment, doing one thing at a time. It’s very meditative.”

Notably, “Herself” is deliberate in how it presents Sandra’s trauma — and in what it leaves out. The domestic abuse in the opening sequence is the only depiction of violence in the film, and it unfolds without gratuitous brutality. “We’re trying to get across how much of a nightmare this is for somebody going through it. But we don’t have to show you everything like a big horror movie,” Dunne said.

Rather, the film is a thoughtful and empowering window into the life of a woman who, after her life is derailed, fights to get it back on track. “I was just so determined to show, like, God Almighty, she is so not a victim,” Dunne said. “She’s smart. She’s made plans. She’s got a safety box. She’s got a code word. This is not ‘the battered woman.’ This is a survivor. And a mother. And she’s just trying to figure out how to get out of there safely.”

“Herself” is now playing in select theaters, and will be available to stream on Amazon Prime Video starting on Friday, January 8.