When Audrey found out, she reported both to the police and both brothers gave conflicting stories at a court hearing as to what happened.

As a result, David needs the help of Nick’s accomplice Natalie (Cassie Bradley) to prove his innocence in stealing the money.

She fled the ITV soap just before police arrived and has been on the run ever since, until Nick’s partner Leanne Battersby (Jane Danson) managed to track her down.

Successfully managing to make her disappear by taking her to the airport to leave the country, Leanne has potentially ruined David’s chances of proving his innocence.

Now, it appears David could be about to end up in prison after star Jack took an extended break from the show.

He is currently on holiday in the Caribbean with girlfriend Hanni Trewee and is set to extend the holiday even further after he announced he was treating her to a trip to New York for her birthday.

Sharing a video of her opening her presents, Jack revealed: “We’re going to New York next week! Happy birthday darling!”

The video showed Hanni burst into tears as she realised the dollar note inside the wrapping was actually a ticket for New York for next week.

While some of the star’s famous friends congratulated her and him on being so thoughtful, fans soon realised what the implications could be David. 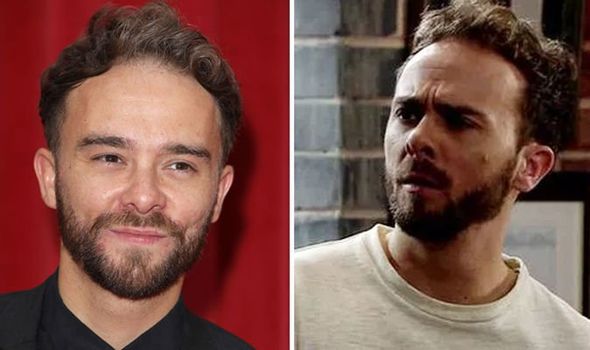 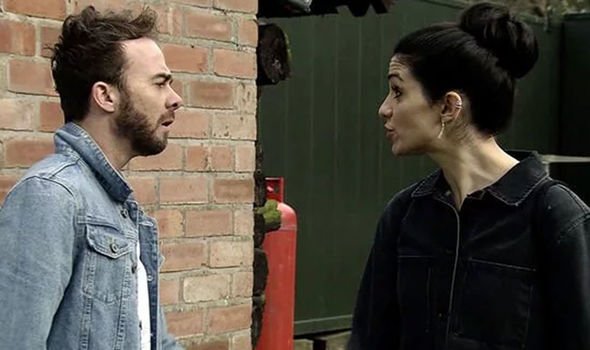 One fan replied: “Congrats but I hope this doesn’t mean David’s going to prison.”

Another added: “Can’t help but think this means David will end up inside.”

One way David could end up behind bars is if he is betrayed by fiancée Shona Ramsey (Julia Goulding).

If could involve her son Clayton (Callum Harrison) as the star teased he could return to the show.

Speaking to Metro.co.uk, Callum said: “I would like to go down the route of changing Clayton’s life around and showing knife crime, because knife crime’s a big thing nowadays. 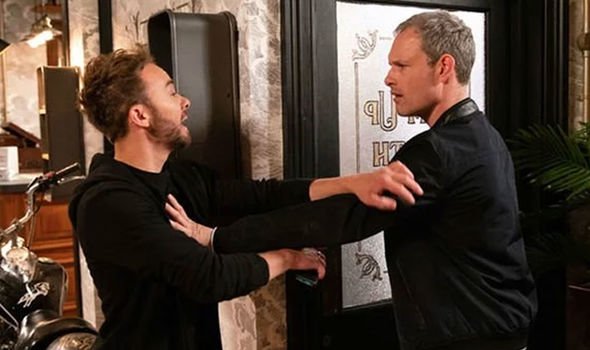 “So, I’d love to be able to go through Clayton’s life and changing round and hopefully give a good example to the public because obviously, its really bad at the minute.

“I think that’s the road we need to go down. I would definitely love to explore that,” the star opined.

Shona could betray David by visiting son Clayton after she admitted she never wanted to see him again after he kidnapped her.

He could also be introduced again as he comes face-to-face with David again in prison after he killed his wife Kylie Platt (Paula Lane).

Meanwhile, the Bailey family arrived at Number Three Coronation Street and they have a dark past that is set to be revealed.