Geoff (played by Ian Bartholomew) has settled into life on Coronation Street and is currently living with partner Yasmeen Nazir (Shelley King) even though the Weatherfield resident showed some hesitation in getting closer to the radio presenter at first.

Since then, Geoff has shown some inner darkness, having lost his temper when he tried to organise a date night with his partner, only for Yasmeen to almost ruin the romantic moment by asking granddaughter Ayla Nazir (Sair Khan) to join them.

This triggered suspicion Geoff and Yasmeen were about to embark on a new domestic violence plot and on tonight’s double bill of the ITV soap, Tim (Joe Duttine) revealed a dark secret about his father from his childhood.

This was much worse

After the women were left sorely disappointed when they realised they hadn’t purchased a thoroughbred race horse, Jenny and Sinead left the syndicate, meaning Sally and Yasmeen were left with the duties to care for the animal.

With Yasmeen also showing some reluctance to care for the horse, Geoff set about trying to get son Tim to tell Sally she was leaving the syndicate as the bills were too much, with Tiny also wracking up significant vet charges.

Geoff seemed determined for Sally to let Yasmeen leave the syndicate and when Tiny went missing, Tim was distraught, leading him to tell lodger Abi Franklin (Sally Carman) about a horrific event from his childhood.

Tim said: “It’s like Mr biscuits all over again. I got home from school one day and my dad said he’d gone. He must have been stolen.

“Years later, my mum told me it wasn’t true and he hadn’t gone missing,” Tim continued, with Abi asking: “Was this like the farm thing?”

“No, no, this was much worse,” Tim remarked. “She said the reason my dad got rid of my dog was because he was costing too much and he couldn’t be bothered with all the walking.” 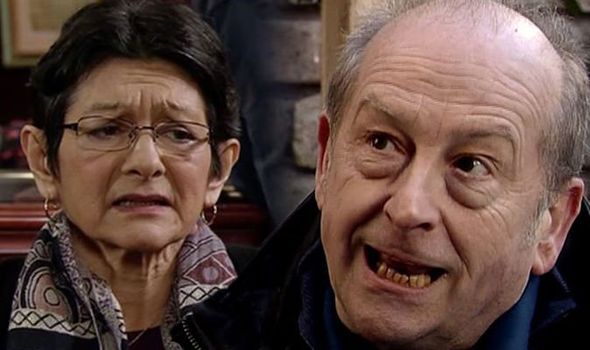 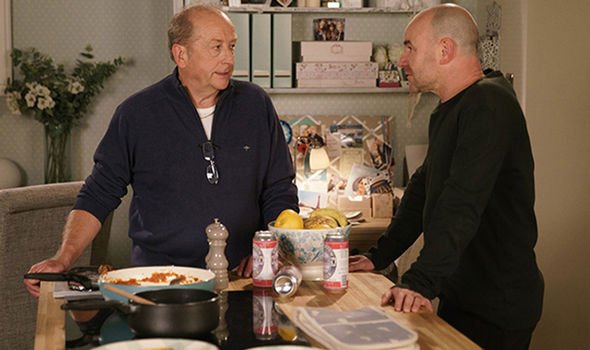 Tim revealed Geoff denied getting rid of his childhood pet, suggesting his father had done the same again with Tiny: “Now Yasmeen can’t afford the stable fees and she can’t be bothered with all the mucking out and grooming…”

Abby interrupted him and said: “Don’t be jumping to any daft conclusions,” with Tim adamant Geoff was behind the disappearance.

“Nah, it’s too much of a coincidence,” Tim remarked, before heading to the Speed Daal restaurant to confront Geoff, only for the radio presenter to deny the claims.

Unaware Geoff had gone behind her back to get her free of the syndicate, Yazmeen was furious with her partner for interfering, telling him: “You shouldn’t meddle, especially without consulting me first.”

Geoff added: “I was looking out for you, that’s all,” before Sally ran into the restaurant and told Tim she was the one who got rid of the horse, worried her husband was taking on too much by looking after Tiny. 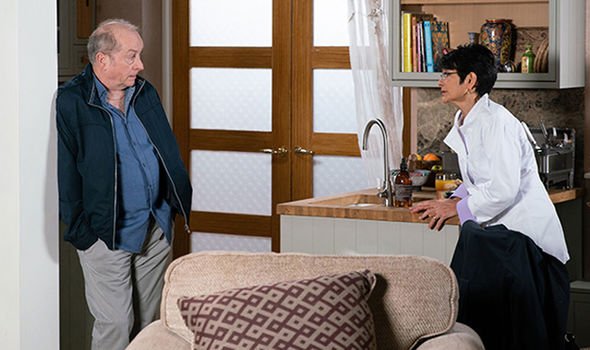 Later on in the episode, Tim was reunited with Tiny, but could the chain of events have been laid in place for Geoff’s dark story to begin emerging?

With Yazmeen being subtly controlled by her partner with regard to her finances and decisions, could the restaurant chef find herself succumbing to Geoff’s dominance?

Elsewhere in Weatherfield, Michelle Connor star Kym Marsh, 42, has teased her character could seek revenge on Robert Preston (Tristan Gemmill) ahead of the couples exit from the cobbles.

Michelle and Robert will reunite with Robert later this week as she hopes they can give their relationship another go, but the Bistro owner sneaks off soon after.

Speaking of Robert’s mysterious behaviour and the possibility there could be another woman, Kym said: “She’s been there with Steve and she wouldn’t put up with it again, Robert would be a goner.”