Coronation Street resident Johnny Connor (played by Richard Hawley) was sentenced to eight months in prison late last year after a past crime – which resulted in the death of a man – resurfaced. With it clear Johnny is struggling in prison, coupled with his MS diagnosis, Jenny (Sally-Ann Matthews) will be left conflicted after her husband is forced to reveal his symptoms are worsening. However, with stepdaughter Daisy Midgeley (Charlotte Jordan) convinced she should end her relationship, could Jenny end up embroiled with a new lover?

Jenny and Johnny were torn apart late last year after the latter confessed to his historic actions.

Johnny’s part in an armed robbery led to the death of a man and now, he is in prison as a result of this being uncovered.

But with the cracks beginning to show between the pair, could Jenny end up seeking comfort in a new source?

This week, viewers will see Jenny’s head turn as her marriage to Jonny continues to hit the rocks. 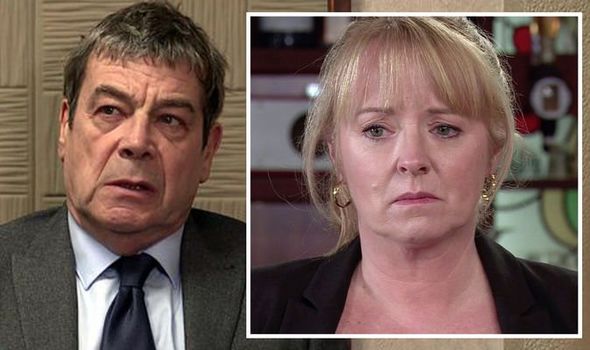 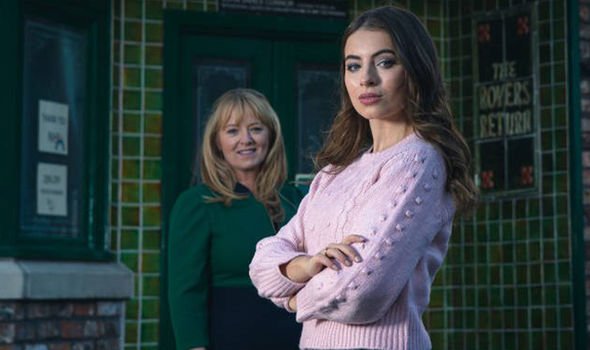 But could this be the beginning of the end for the pair’s turbulent relationship?

At the Bistro, Jenny is left flattered when a hot looking bloke checks her out.

Spotting an opportunity to meddle, stepdaughter Daisy goes over to the man and asks him for his phone number.

Later on, Jenny goes and pays Johnny another visit in prison when he breaks some difficult news to his partner. 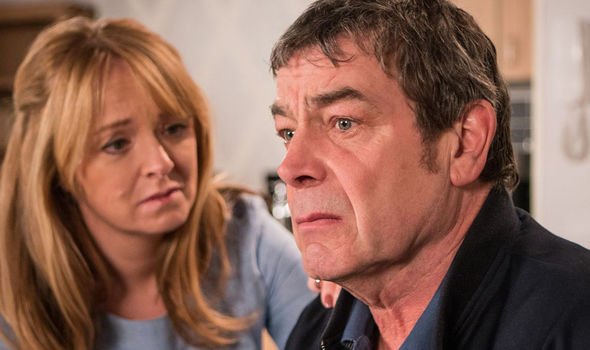 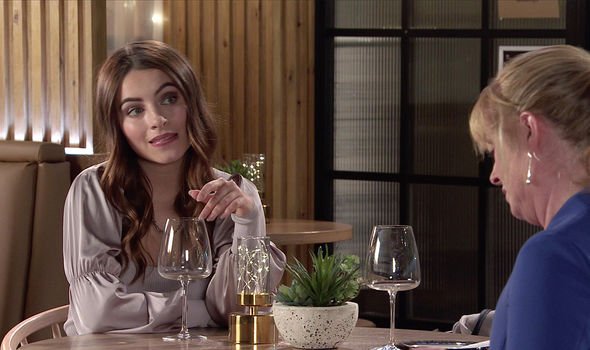 The neurologist has confirmed his condition has worsened in recent weeks and therefore his MS medication will increase.

It’s not yet known how Jenny will react to the news but it’s sure to hit her hard as it’s just the latest on a string of blows.

Back at the Rovers, Rita Sullivan (Barbara Knox) is sympathetic to the situation but it is clear Daisy is less compassionate.

Daisy tells Jenny she thinks the landlady should leave Johnny – will she take her advice on board?

Of course, this comes after Daisy had already got the number of a potential man for her stepmother.

Could this mean a new love interest is not the cards for Jenny as she makes some difficult decisions about her future?

With Daisy convinced Johnny is not the right man for Jenny, it’s looking increasingly likely she may try and talk her out of her marriage.

But viewers will have to wait and see whether the pair will manage together through the latest bump in the road.

Elsewhere in Weatherfield, there will be love in the air for another duo as Nina Lucas (Mollie Gallagher) and Asha Alahan (Tanisha Gorey) make romantic plans.

Asha is offered a trial shift at Roy Cropper’s (David Nielsen) cafe, which he later tells her she has passed.

After Asha and Nina share a sweet moment, it’s clear there are feelings flying and the pair agree to a date later on.

But will their romance be over before it’s begun when Asha’s over-protective father Dev (Jimmi Harkishin) discovers his daughter is dating again?

Coronation Street airs Mondays,  Wednesdays and Fridays at 7:30pm and 8:30pm on ITV.